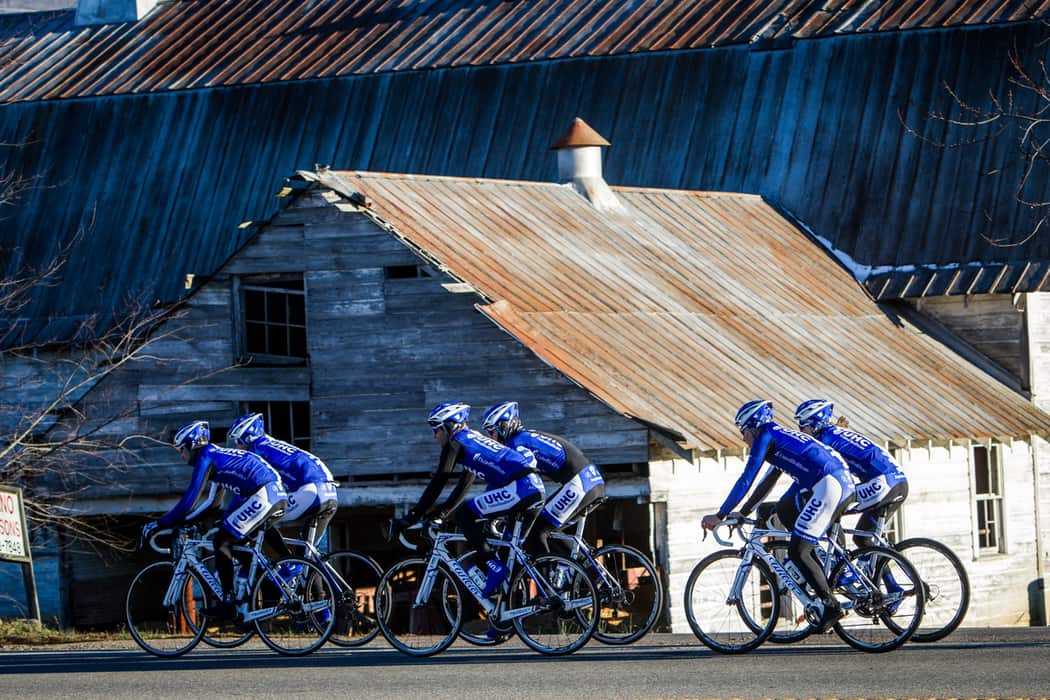 Building on a successful 2015 season for both the men and women of the UnitedHealthcare Pro Cycling Team, the organization is proud to announce the 2016 men’s roster. Major victories across the 2015 season include stage wins at the Tour of Utah and USA Pro Challenge. The UnitedHealthcare Blue Train criterium squad was once again dominant and consistent on the National Criterium Calendar, taking wins at the Dana Point Grand Prix, Intelligentsia Cup, Winston Salem Criterium, Chris Thater Criterium, and numerous other high profile races, earning the victory in the overall National Criterium Calendar team standings. Outside of the United States, the team showed depth and talent in important one-day races like Paris-Roubaix, Corsica Classica, Grand Prix Le Samyn, Ronde van Drenthe, and most recently, Il Lombardia. With this momentum, the team sets sights on their bright future with a promising roster that balances a mix of experience and youthful potential.

Many of the UnitedHealthcare Pro Cycling Team core riders return for 2016, such as sprinters and criterium specialists Karl Menzies, Brad White, Luke Keough, and Adrian Hegyvary. Fresh off of an impressive World championship road race performance for Team Colombia, Carlos Alzate returns to the team with his blazing fast but also highly versatile sprinting abilities. Stage race team captain Jonny Clarke brings his breakout climbing talent back to the squad after taking 4th in the stage 4 mountaintop finish at the USA Pro Challenge. John Murphy, who once again showed his bunch sprint capabilities with a resounding victory on the final stage of the USA Pro Challenge, will also return in the Blue and White of the UnitedHealthcare Blue Train. All-rounders and dedicated teammates Chris Jones, Tanner Putt, and Danny Summerhill were instrumental to the success of the team in races of all formats, and will remain valued assets for 2016 along with Marco Canola and climber Janez Brajkovič, who were both new in 2015 and proved to be outstanding additions to the squad.

As announced earlier in the fall, the UnitedHealthcare Pro Cycling Team welcomes current United States National road champion Matthew Busche to the ranks for 2016, a well-rounded and accomplished rider with broad experience at the highest level of the sport.

Busche is joined by young standout Daniel Eaton from the Axeon Cycling Team, the current U23 American National champion in the individual time trial discipline who went on to claim 10th in the U23 World championship individual time trial. Eaton commented, “I am beyond excited and honored to have signed with such a prestigious program as the UnitedHealthcare Pro Cycling Team for 2016 and 2017. I hope over the next two seasons I can live up to the incredible opportunity I have been given.”

Also joining the team is Ty Magner, a young American sprinter with multiple high profile wins on his resume, such as victories at the Sunny King Criterium and Cascade Cycling Classic (stage 4) in 2015. Joining the UnitedHealthcare Blue Train from the Hincapie Racing Team, Magner commented, “Signing with Team UnitedHealthcare for the 2016-2017 seasons could not have come at a better time in my career. After talking with the UnitedHealthcare Team management, our goals aligned perfectly. At 24, I’m feeling reinvigorated like never before, and I’m excited to take the confidence I have in criteriums to more of the stateside and international stage races with the UnitedHealthcare Pro Cycling Team.” The final new signing comes in the form of experienced general classification rider and exceptional climber Daniel Jaramillo. The Colombian rider joins the squad from the Jamis-Hagens Berman team, where he took victory in two stages at the 2014 Tour of the Gila, followed by claiming 2nd overall in the 2015 edition.

“The UnitedHealthcare Pro Cycling Team 2016 roster is exciting for this program. We have brought some more youth and drive into the team– riders with a ‘go get ‘em’ mentality. Having a National champion in Busche is rewarding to start with, while also not forgetting that we have Eaton as the U23 National time trial champ. Within this roster, we have very specific roles and goals for our schedule. We will have a heavy international and domestic calendar with many opportunities for success,” said General Manager Mike Tamayo of the squad selected. The women of the 2016 UnitedHealthcare Pro Cycling Team will be announced in the coming weeks.

Firefly Bicycles: Beauty In The Details