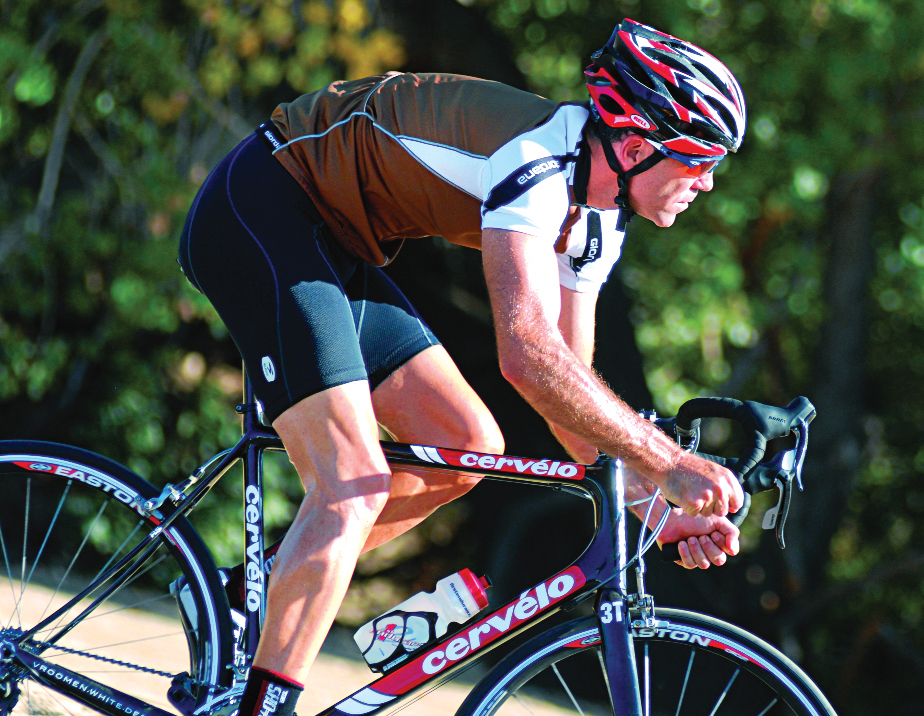 THE STORY
Known for being perched atop expensive cars and for powering Carlos Sastre to a 2008 Tour de France victory, Cervelo carries a mystique that many bike industry insiders are still trying to figure out. The name Cervelo is actually a combination of the Italian word for ‘brain’ and the French word for ‘bicycle.’ The other visible mystery of Cervelo is the words ‘Vroomen.White’ on the chainstays. A play on words? No, the names of two college friends who began making bikes in 1995 that would later become some of the most sought-after bikes in the world. Phil White and Gerard Vroomen began making bikes in 1995 at McGill University and were asked by two-time world champion Gianni Bugno to build him a TT bike, as his sponsor would not. They built him a TT bike called the ‘Baracchi,’ but couldn’t get any bike companies to mass produce it for them, so they pooled together their tuition money and started Cervelo. In 1996 they launched the company with two road bikes and two TT models, and then in the year 2000, quickly implemented some major rule changes by the UCI into their line, and the demand increased to own a Cervelo. Fast-forward to 2002 when Bjarne Riis came calling for team CSC, and the rest is history. Beginning in 2009, Cervelo will be the first road bike manufacturer to sponsor its own high-level pro team with Carlos Sastre and Thor Hushovd already signed on to what Cervelo is calling TestTeam. On the women’s racing side, they sponsor Cervelo-Lifeforce and Team TBB on the multisport side. 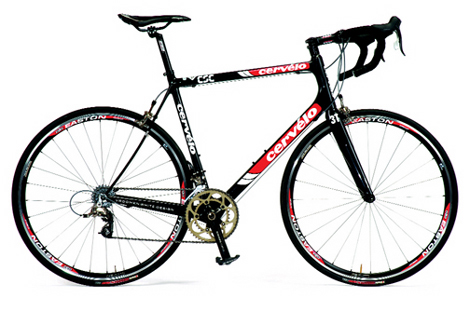 THE FRAME
The RS frame has an interesting story and is made up of six major design features that come together to give the RS a unique ride and fit. To begin, the downtubes and chainstays feature what Cervelo calls a ‘Squoval’ shape and are optimized for a high level of stiffness-to-weight ratio. The top tube is a combination of shapes, but mostly ovalized, and the bottom bracket area is dramatically oversized to increase the volume for strength and stiffness under heavy loads. The frame is constructed using lay-up optimization, meaning ‘stiffening plies’ are added to tubes to increase strength where needed. In addition, Kevlar has been added to the headtube, toptube and the bottom of the downtube to prevent catastrophic failure. The radical (thin) seatstays are borrowed from the popular R3 race bike and are designed to offer more vertical compliance. The longer head tube length is for the average rider who chooses a higher handlebar position, and the RS chainstays are 10mm longer than the R3’s to position the rear wheel further back on the bike, in order to compensate for the taller head tube. The frame weighs in at 1050 grams.

THE PARTS
Our Cervelo RS was loaded with great components beginning with 2009 SRAM Force, a 3T Funda full carbon fork, an FSA integrated headset and SL-K 27.2 millimeter carbon seatpost, in a Team CSC graphics package. The wheels are Easton Circuit with Vittoria Diamonte Pro Lights tire. The package was completed with a Selle San Marco Ponza saddle and an FSA Gossamer aluminum handlebar.

THE RIDE
There’s a lot of hype about Cervelos, and coming right off a great tour win with Carlos Sastre, we tried to breathe deeply and calm down before we took the bike out for its inaugural ride. Our first impression was the bike did everything it was supposed to do well. The longer wheelbase and the longer headtube were noticeable right off the bat, and we had to make some fit adjustments to compensate for the bike’s individual geometry. The RS soaked up road chatter better than any other bike we have ridden in a while. If we had one complaint, it’s that it was almost too monotone; it did everything really well, just nothing exceptional. That’s not really a slight on a bike designed for the masses. Call it a backhanded compliment. Frankly, the bike looks great, it’s fun to ride and not as expensive as some of its competitors’ bikes. Maybe that’s the reason you see so many around?

THE VERDICT
The bike is beautiful and has the CSC mojo on the road. We like the concept of the higher head tube, longer wheelbase bikes, because ultimately, these bikes are going to keep more people riding and racing for a longer time. The looks, the quality, the basic ride characteristics are excellent. The 2009 SRAM Force was a highlight as were the Easton wheels. If you are looking for an all-purpose bike that could still win races but also keep you up front in a century or Saturday group ride, the Cervelo RS deserves your serious consideration.