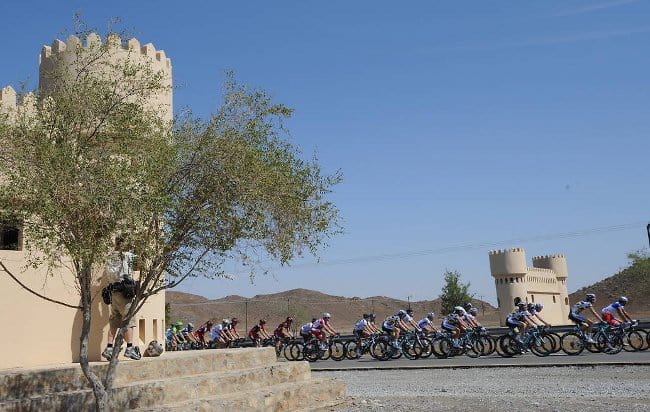 Like the Tour of Qatar that preceded it earlier in the week, the Tour of Oman took on some distinct landscapes. 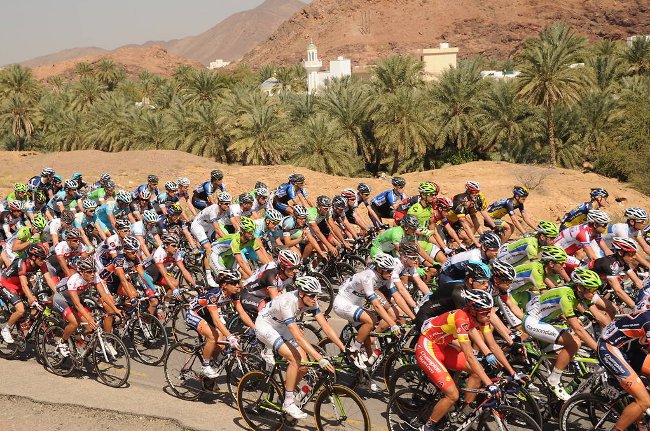 
Looking colorful and competitive, SaxoBank’s Alberto Contador was all smiles in conversation with Chris Froome. Days later the two would be locked into a fierce battle for the the overall lead. 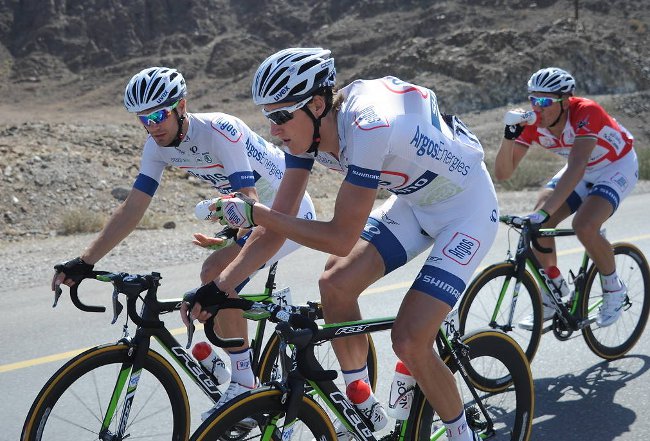 Argos-Shimano’s Luca Mezgec played team camel as he brought water up to his teammates. 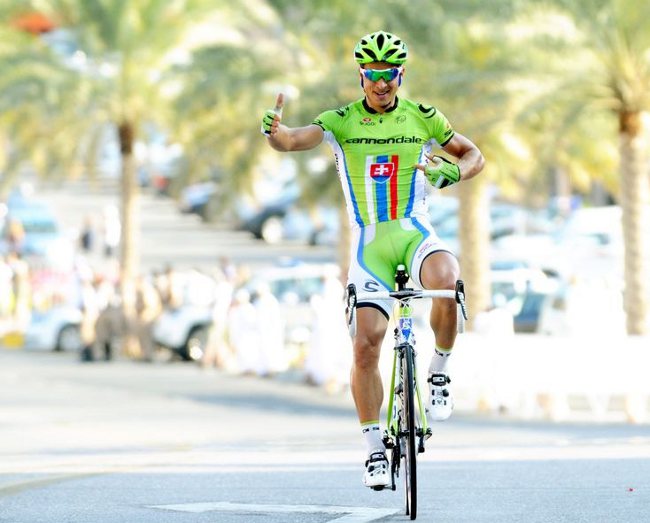 As usual, Peter “The Great” Sagan was quite animated as he won two stages and early on controlled three jerseys: leader, points and best young rider. 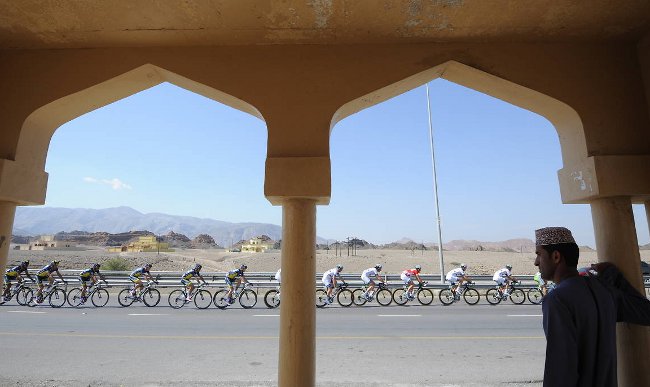 Following the Tour of Oman, the pro peloton heads to Europe where the 2013 season begins to take real shape. 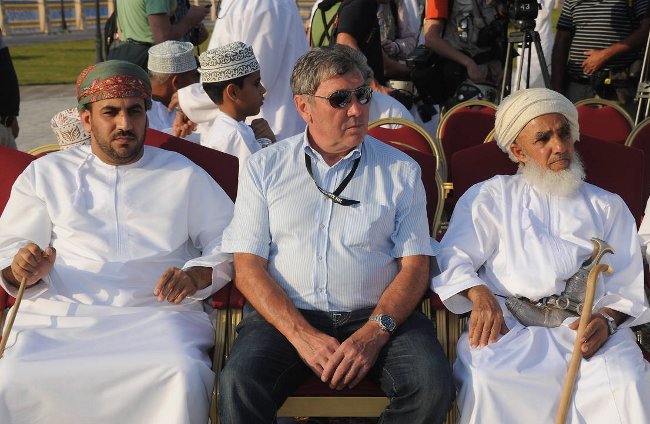 Like his Belgian motocross hero compatriot Roger DeCoster, Eddy Merckx (center) is not one to pull away from the sport in his post-career days. Between his namesake bike brand and racing, “The Cannibal” stays close to the sport he helped popularize. 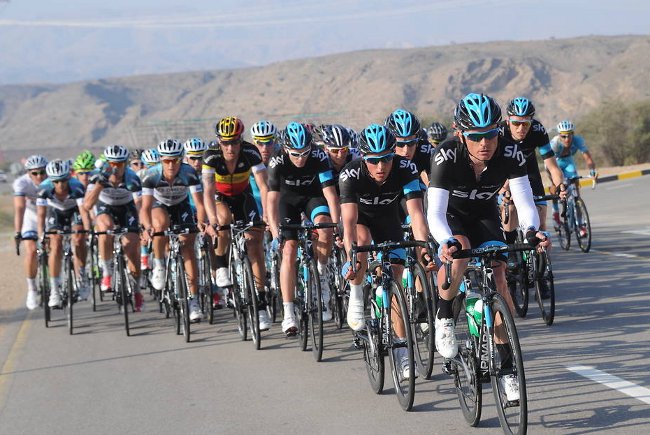 When the race route took to the mountains, Team Sky came to the front and started working for Chris Froome. 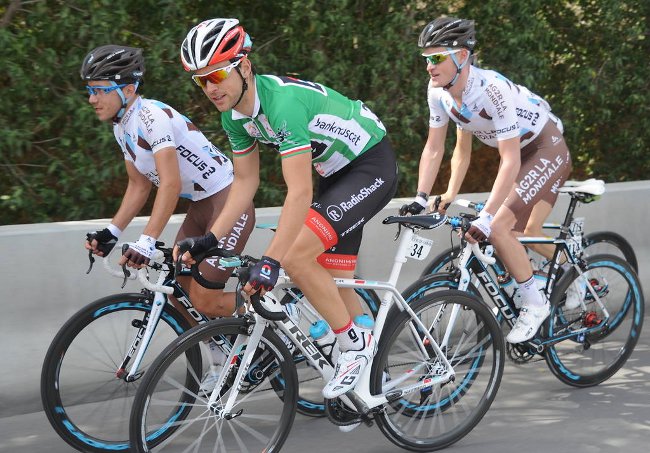 Tony Gallopin was the highest place RadioShack rider and wore the green Points Jersey early on. 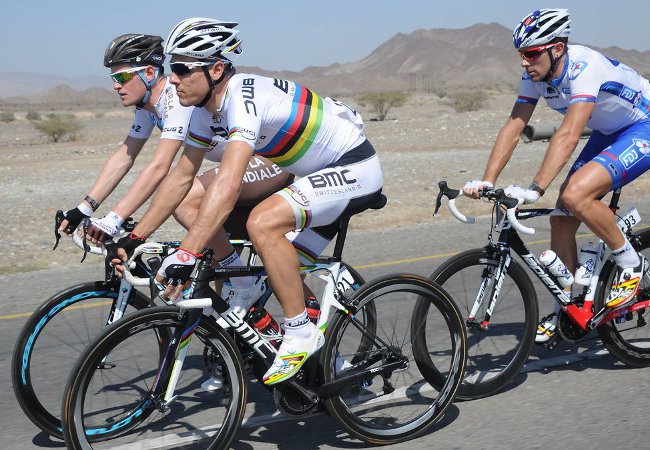 As it holds true with any World Champion, Philippe Gilbert looked resplendent in his rainbow  stripes.


In the end, the top talent played through with Chris Froome taking the top spot on the box followed by Alberto Contador and Cadel Evans.