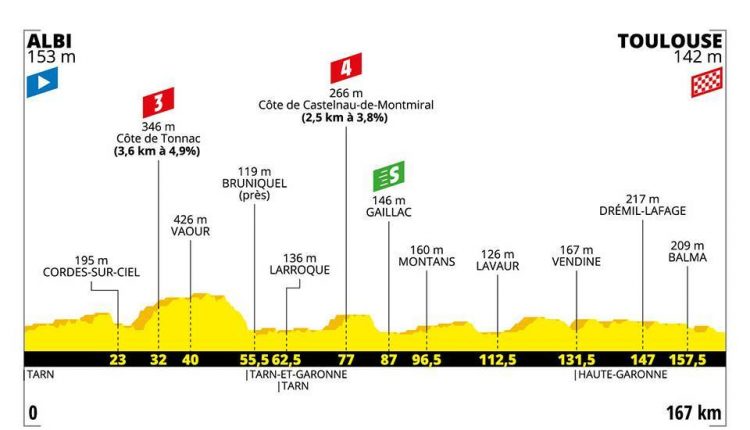 Australian Caleb Ewan picked up his first Tour de France stage win in a mass sprint at Toulouse on Wednesday as Frenchman Julian Alaphilippe kept the overall lead.With defending champion Geraint Thomas and his Ineos teammate Egan Bernal also finishing in the pack, there was no change in the overall top three after a 167km run from Albi to Toulouse, marked by a fall that forced Nairo Quintana into a successful race to catch up. Ewan timed his explosive burst to perfection, catching and overtaking Dutch sprinter Dylan Groenewegen right on the line after a long home straight. Elia Viviani was third on a finish designed for the pure sprinters.

“It took me half the Tour de France to get my win, but I got it in the end,” said Ewan.

“I let him go, caught his wheel and just had him on the line,” explained, the stocky 25-year-old.

In his first season with the Lotto-Soudal team, Ewan has now won stages on all three Grand Tours after three wins on the Giro and one on the Vuelta.It was a narrow win with the photo-finish, which takes thousands of shots a second from both sides at the finish line, showing a marginal victory.Sprint points leader Peter sagan of Slovakia kept his green jersey after finishing fourth behind Ewan.

“I congratulate him, he’s too fast for me on that kind of course, said the 30-year-old Sagan.

Colombian Bernal kept hold of the under-25’s white jersey and said Ineos would remain calm in their quest for the yellow jersey.

“We won’t be attacking just yet, but I feel good going into the mountains” said Bernal, on his second Tour. There are two major mountains on the menu on stage 12 with yellow jersey Alaphilippe vowing to defend his lead.

“It won’t be easy tomorrow, there will be attacks, and it will be a big day on the Tour, but I’m up for it,” said the 27-year-old former soldier ahead of the first day in the Pyrenees.