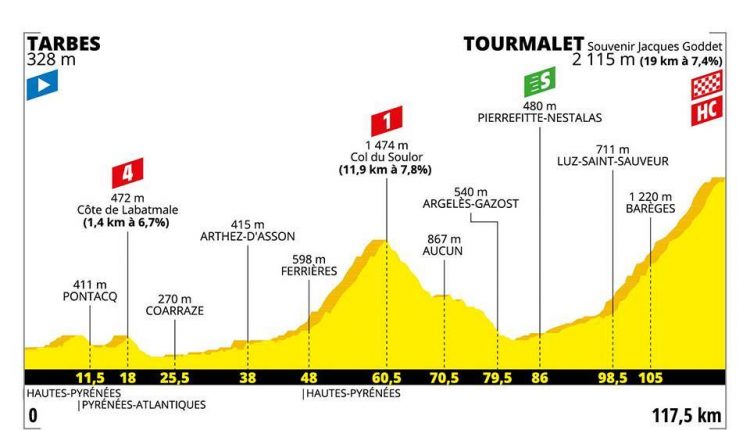 France celebrated Saturday as Thibaut Pinot conquered the Pyrenean summit of la Col du Tourmalet with Julian Alaphilippe following him across the line to extend his overall Tour de France lead.Defending champion Geraint Thomas lost 35 seconds after being dropped at the death, while his Ineos co-captain Egan Bernal finished a few seconds behind the winner at the first of seven summit finishes over 2000 meters.

Thomas is now over two minutes behind Alaphilippe in the general classification.

As the 117km stage 14 climbed above the tree-line and above the mist where the oxygen levels were lower and fans at fever pitch lent a hint of insanity to proceedings., contenders for the overall victory gradually fell by the wayside.

Adam Yates, Dan Martin, Rigoberto Uran, Nairo Quintana and Jakob Fuglsang, all suddenly wilted one after the other as the FDJ pair kept up the pace.