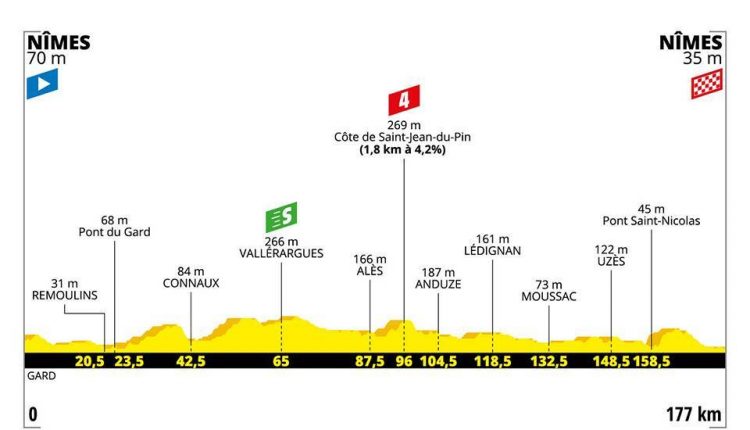 Caleb Ewan sprinted to his second victory on the Tour de France on Tuesday as Frenchman Julian Alaphilippe kept the overall lead after stage 16, where Geraint Thomas fell but finished with all the main contenders.

As France experienced a heatwave defending champion Thomas mis-timed a curb and was left with a gash on his left leg after hitting the tarmac hard on the 177 kilometer run around the southern city of Nimes. After his third fall during this Tour, Team Ineos’ sports director Nicolas Portal said Thomas felt fine.