2019 Tour Down Under Recap and Results: Stage 3

Sagan closes in on Tour Down Under lead with stage win 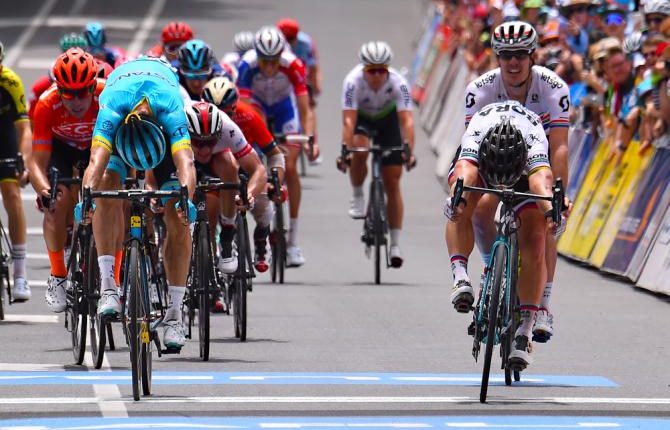 Triple world champion Peter Sagan held off former race winners Luis Leon Sanchez and Daryl Impey to win stage three and close in on the overall lead of Australia’s Tour Down Under on Thursday.

The Slovak Bora-Hansgrohe sprint superstar repeated his victory in last year’s corresponding stage in Uraidla, edging out Spain’s Sanchez on the line in the 146.2-kilometer (90-mile) leg through the Adelaide Hills in South Australia.

Sagan, who won consecutive world road race championships from 2015 to 2017, closed to within one point of overall tour leader Patrick Bevin of New Zealand. 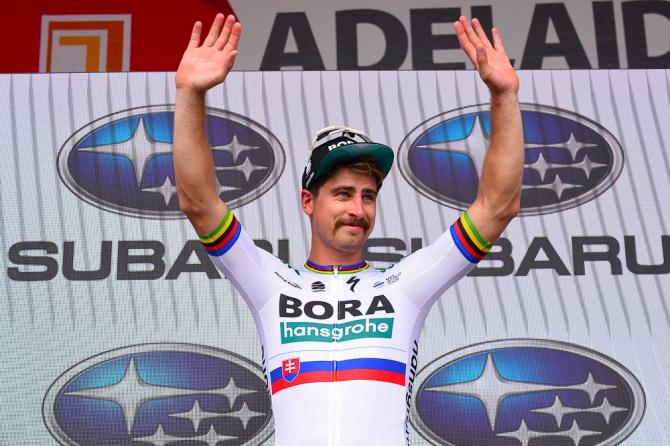 Sagan said his experience racing on the same roads last year helped him in the closing stages.

“I won by a little bit but I won and I am very happy with that,” he said.

“On the last climb, I said, ‘It’s going to be the same as last year again.’

“My Bora-Hansgrohe team worked hard to keep me on the front and take care of me. In the end I had a lot of energy for the last lap and it was really under control.”

It was a punishing stage with temperatures around 35C (95F) and riders having to negotiate six undulating circuits, including six tilts up the sapping Spring Gully Road and the up-and-down twists and turns rising towards the finish at Uraidla.

In an eventful stage there were a few attacks late on, but Sagan benefited from the small bunch grouping together in the final kilometer. 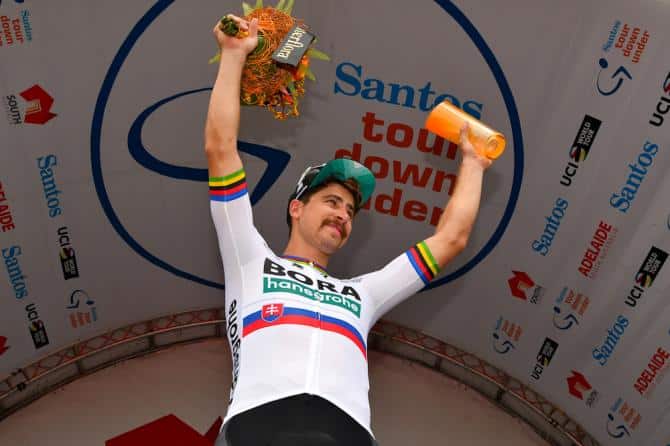 Friday’s Stage 4 over 129.2 kilometers begins in Unley and again goes through the Adelaide Hills to finish in Campbelltown.

2019 Tour Down Under Recap and Results: Stage 4