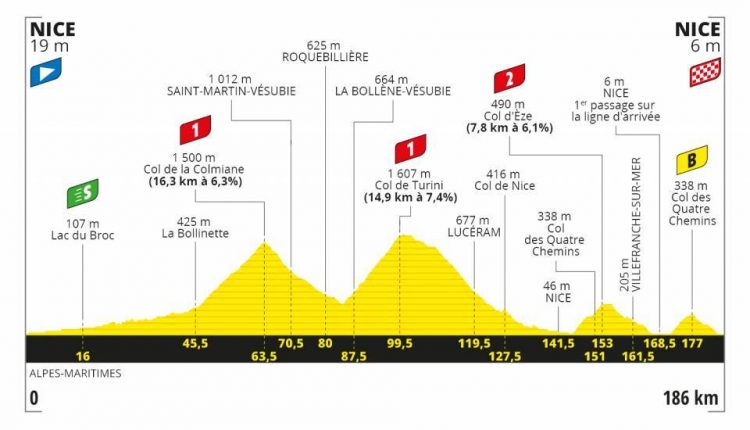 The sprinter having captured the Yellow Jersey the previous day will be in a tricky situation as soon as the climb up to the Col de la Colmiane and will then have to face the steep turns heading to the Col de Turini and eventually head up to the Col d’Eze. A mountain stage with two passages at over 1,500m as soon as the second day of the race, that’s a grande première. – Christian Prudhomme 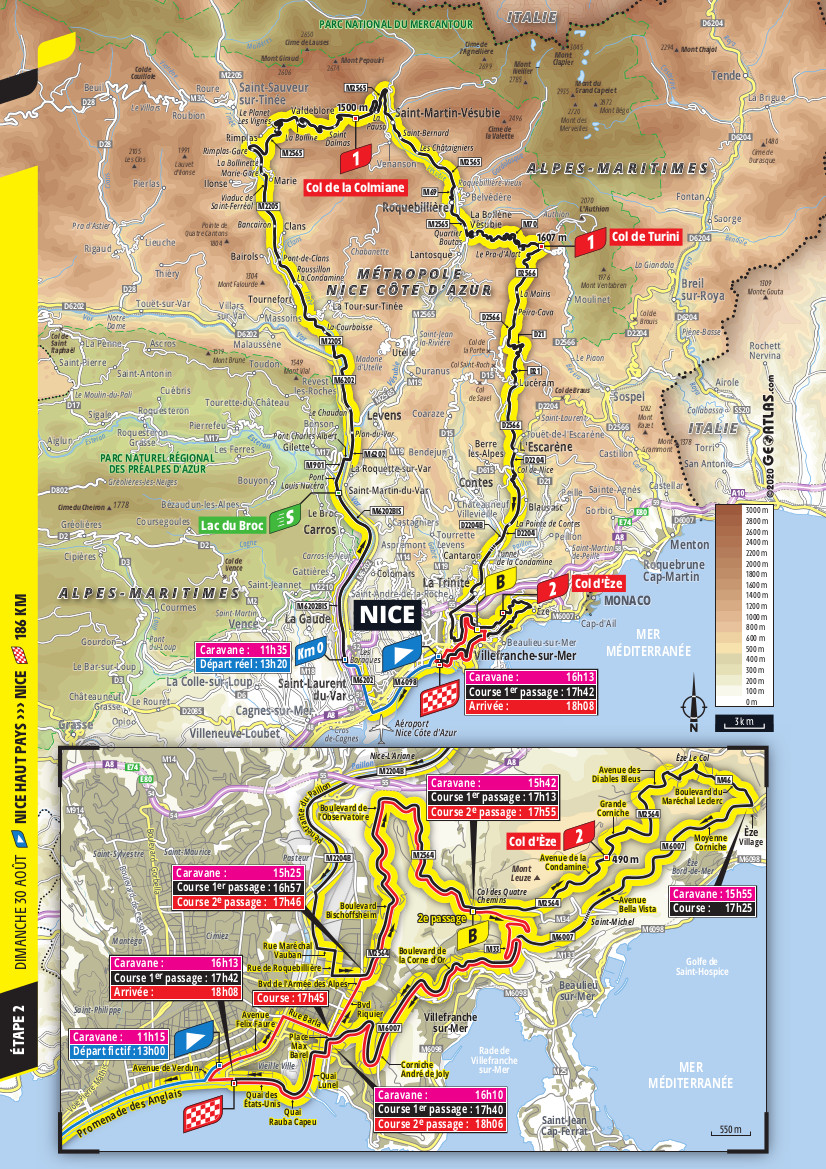