What can take its place? 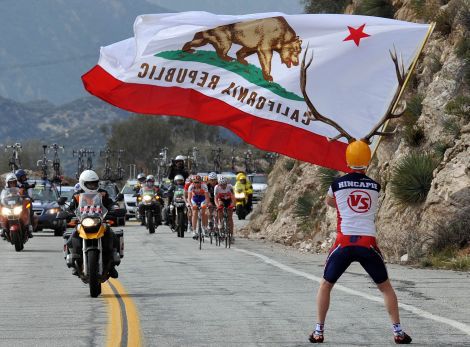 The Tour of California, a race started in 2006, will disappear from the cycling calendar in 2020, its organizers announced, adding they hoped this was a “hiatus,” not the end of the road.

“This has been a very difficult decision to make, but the business fundamentals of the Amgen Tour of California have changed since we launched the race 14 years ago,” said Kristin Klein, president of the Tour of California in a statement released by parent company AEG late Tuesday.

Thank you, fans. It’s been an amazing 14 years. “AEG, the world’s leading sports and live entertainment company, today announced that they will put the Amgen Tour of California race on hiatus for the 2020 racing season.” pic.twitter.com/56qlHkzYVJ

The stage race, which became a World Tour event in 2017, was won last May by Slovenian Tadej Pogacar.

The race has crowned some renowned winners including, in 2018, Colombian Egan Bernal, who went on to win the Tour de France this year.

“We are very proud of the work we have done to increase the relevance of professional cycling, particularly in the United States, it has become more challenging each year to mount the race,” Klein said.

Both Klein and USA Cycling President Bob Stapleton said they hoped to revive the race in 2021.

“We are actively assessing every aspect of our event to determine if there is a business model that will allow us to successfully relaunch the race in 2021,” said Klein.

The statement quoted Stapleton as saying: “We stand ready to help rally additional support and resources in the hopes of resuming this event in 2021.”