A close-up look at what the pros ride

When Nairo Quintana broke away to win the final Paris-Nice stage, giving Bora-Hansgrohe rider Max Schachmann the overall win, no one was sure when the teams would gather again.

With impending travel restrictions soon to take place, for many American pro riders living abroad, time was of the essence and they hurriedly made plans to get back to U.S. soil.

The first indication of what might happen with the cycling calendar came to us in a press release from France’s Minister of Sports, Roxana Maracineanu, who, in trying to put a positive spin on things, said that perhaps the Tour de France could still go on without any spectators. “So, finally,” she added, “it wouldn’t be so bad, because you could still watch it on TV.”

Knowing that one of the greatest aspects of the storied race is its interface with the fans who line the streets, coupled with trying to imagine a process by which the million-plus fans could effectively and efficiently be excluded, left some heads spinning in response.

In light of the seriousness of the global pandemic, whether or not the Tour de France is run (August 29 to September 20) really becomes of secondary importance.

Given the huge amounts of money and effort that had already been expended to prepare for the 2020 season, and that, like many of you, we remain silly bike and racing geeks, we decided to go ahead and include this overview of some of the world’s top teams to share what kind of equipment was, and hopefully will again be, seen mixing it up out on the roads. 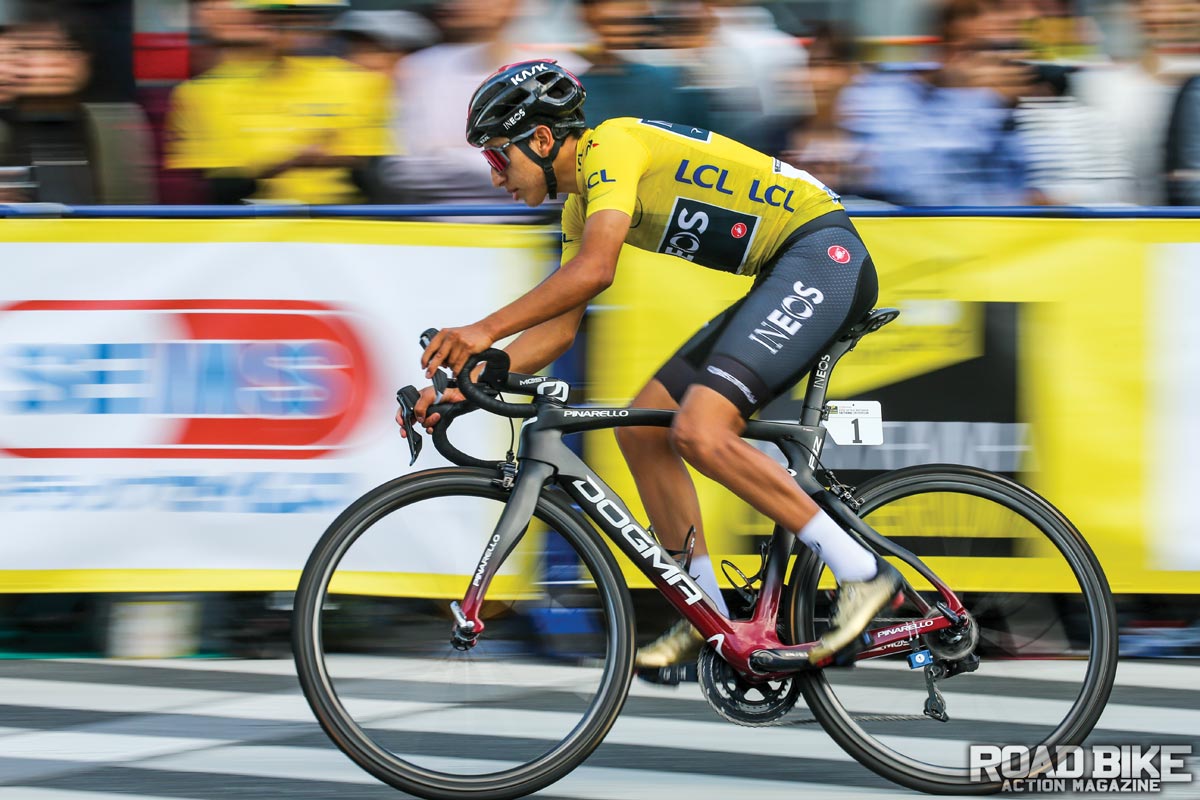 The defending Tour de France-winning squad maintains their relationship with Italian legacy brand Pinarello. The Shimano Dura-Ace-spec’d F12 returns as the bike of choice, still with rim brakes, and Pinarello’s in-house Most brand for stem and seatposts. 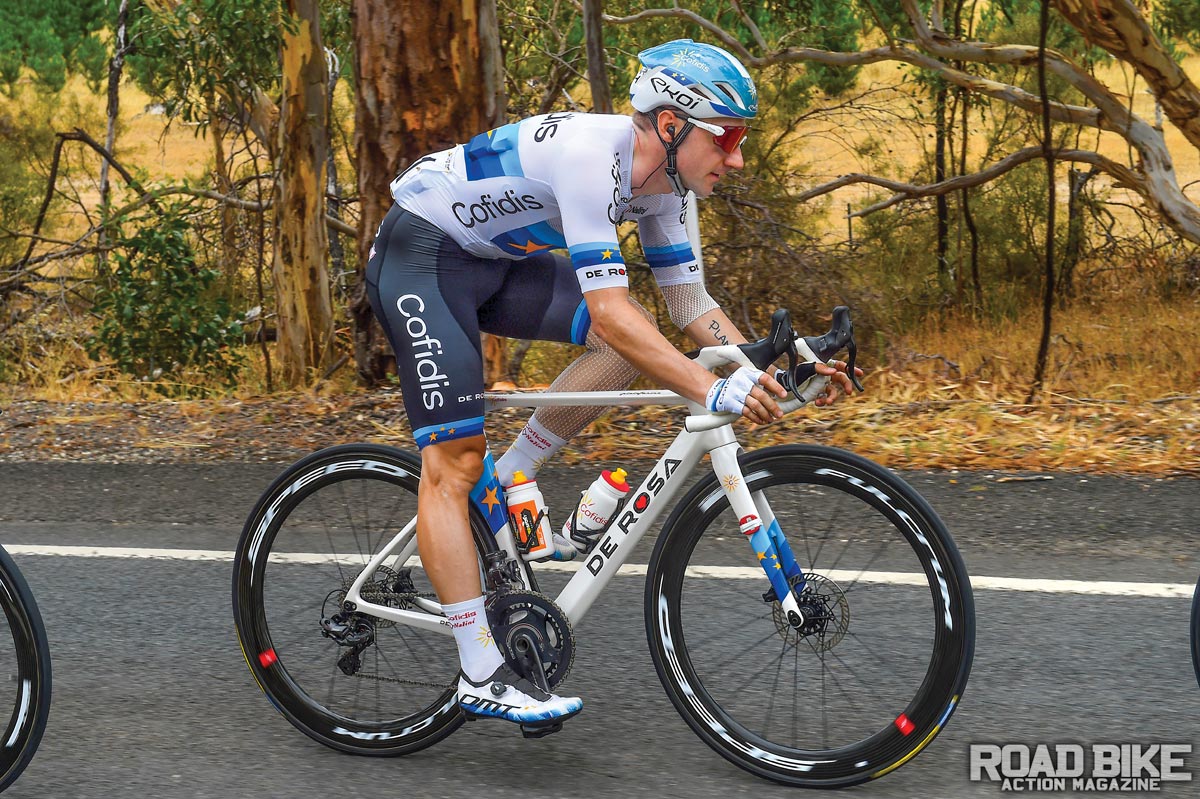 Funny to see the French squad go full-Italian with their shapely De Rosa SK Pininfarinas out on the road, with Campagnolo Super Record drivetrains and Fulcrum Speed tubular wheels. 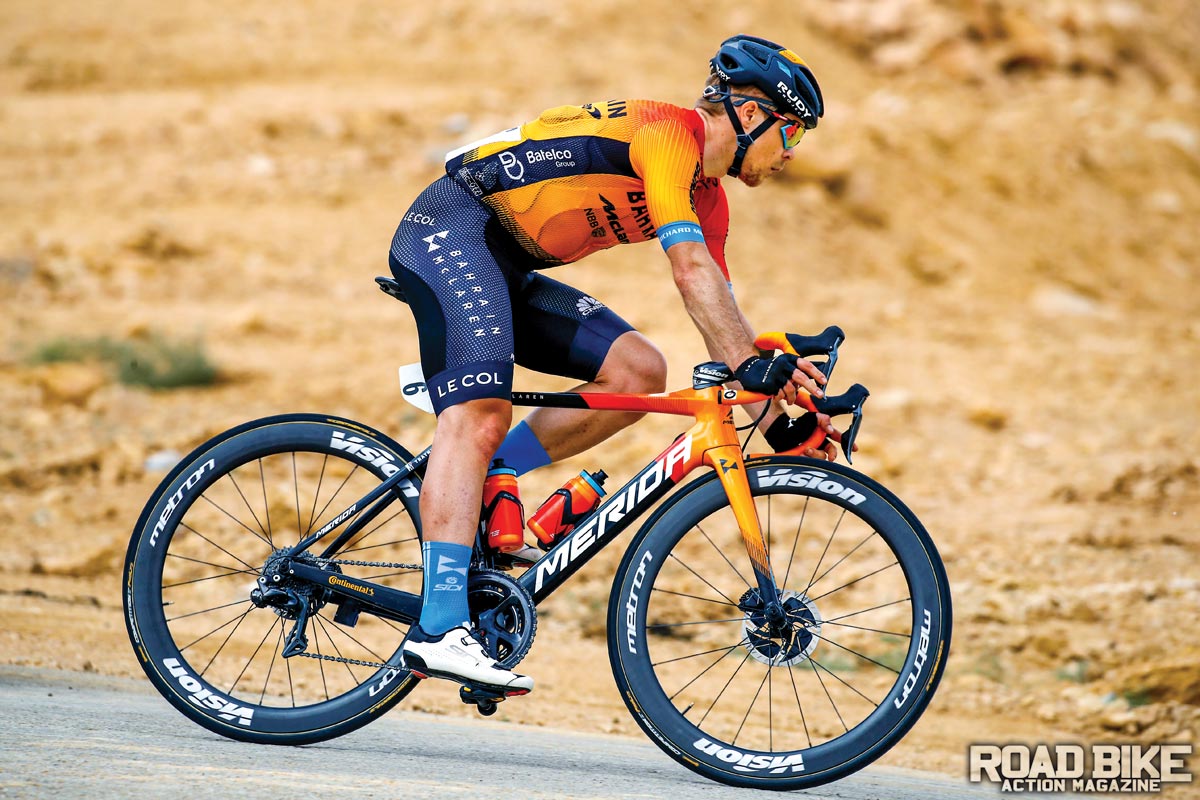 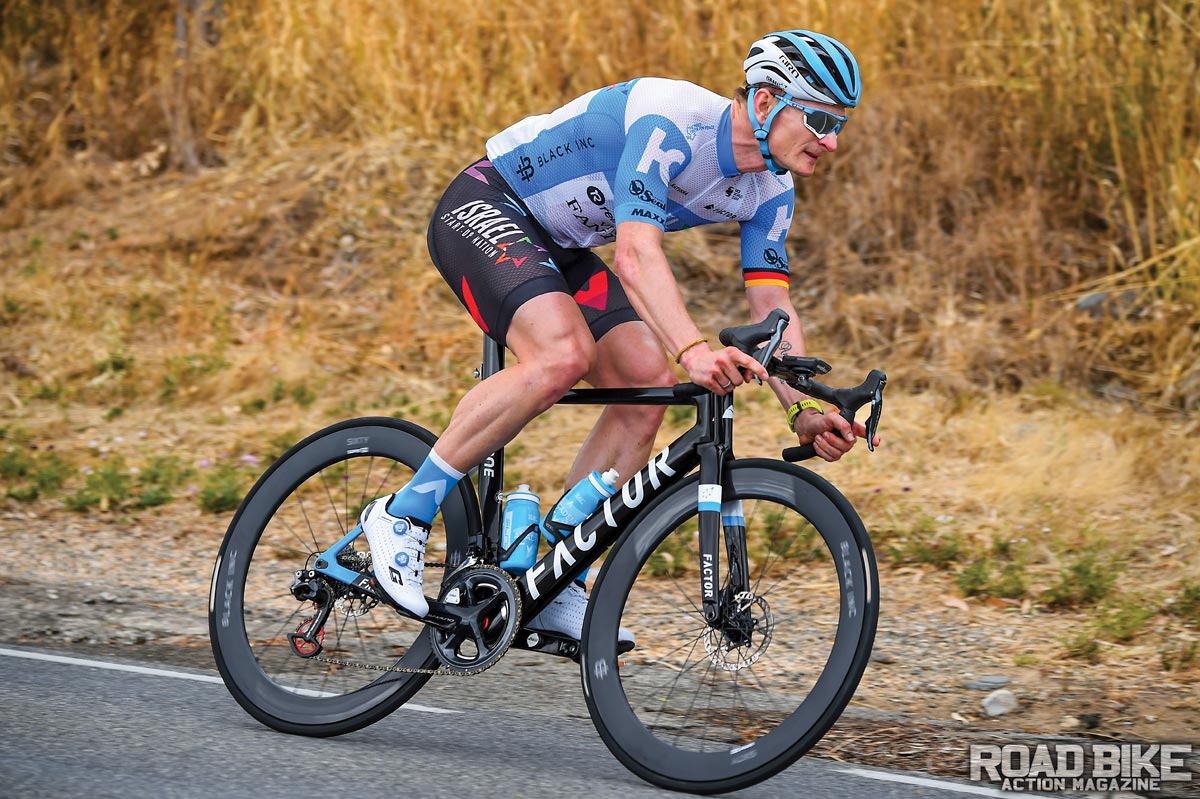 Factor’s One and the 2 VAM are the go-to bike with their in-house brand Black Inc. supplying the wheels and hard parts, while Shimano Dura-Ace Di2 components shift the gears with oversized CeramicSpeed pulleys. 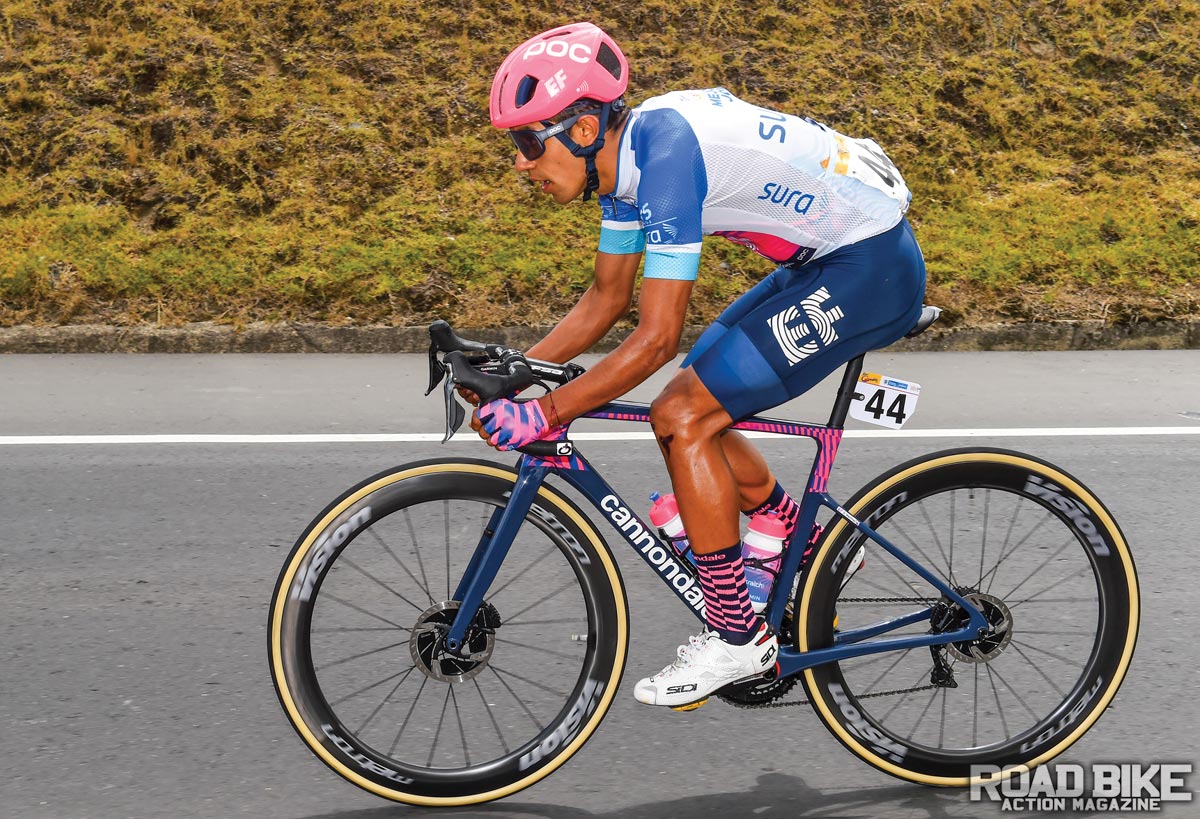 One of the more colorful teams can be found aboard Cannondale’s SuperSix Evo complete with a Shimano’s Dura-Ace Di2 drivetrain paired to FSA chainrings, Vision Metron wheels and one-piece Vision Metron cockpit. 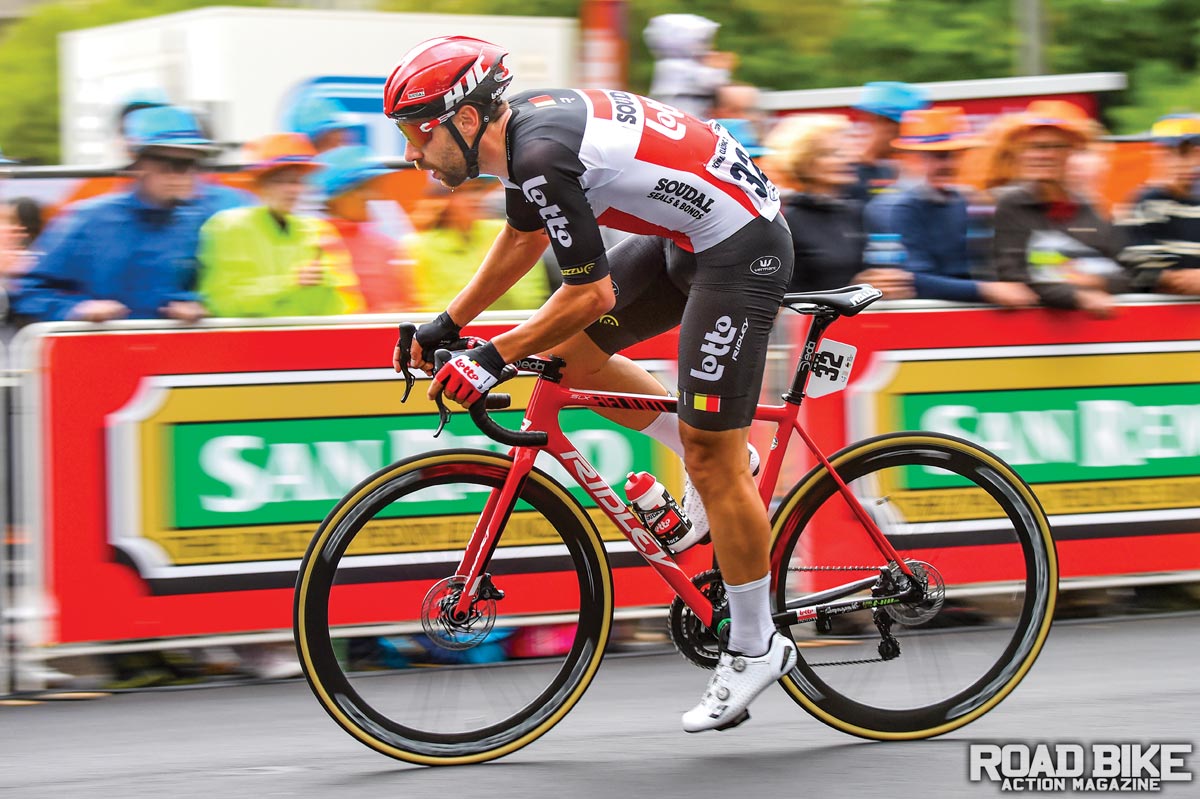 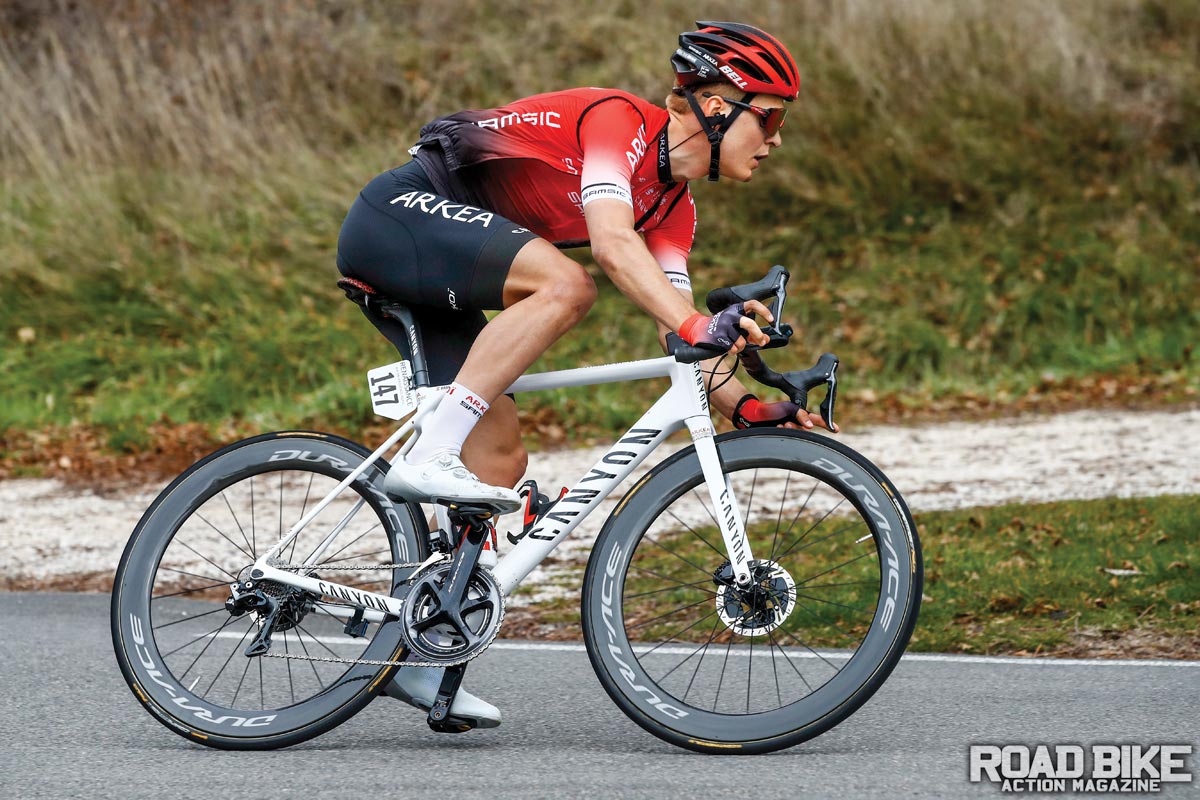 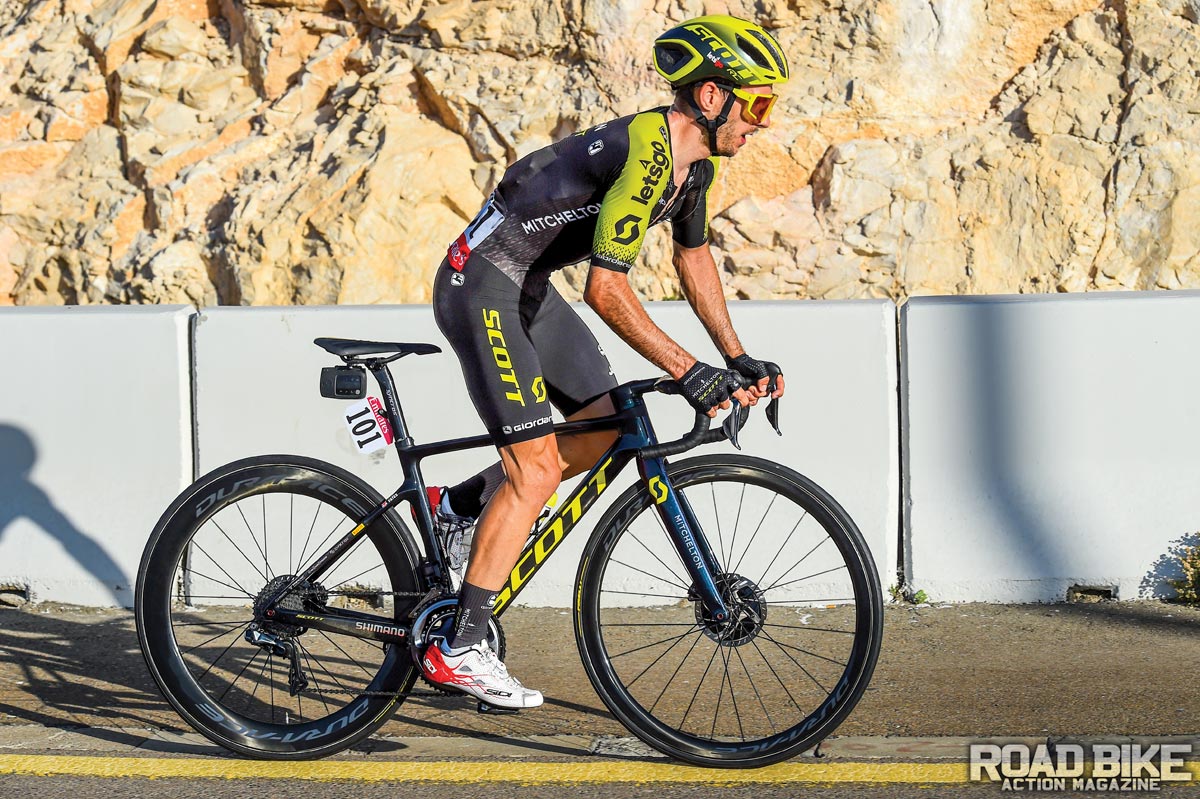 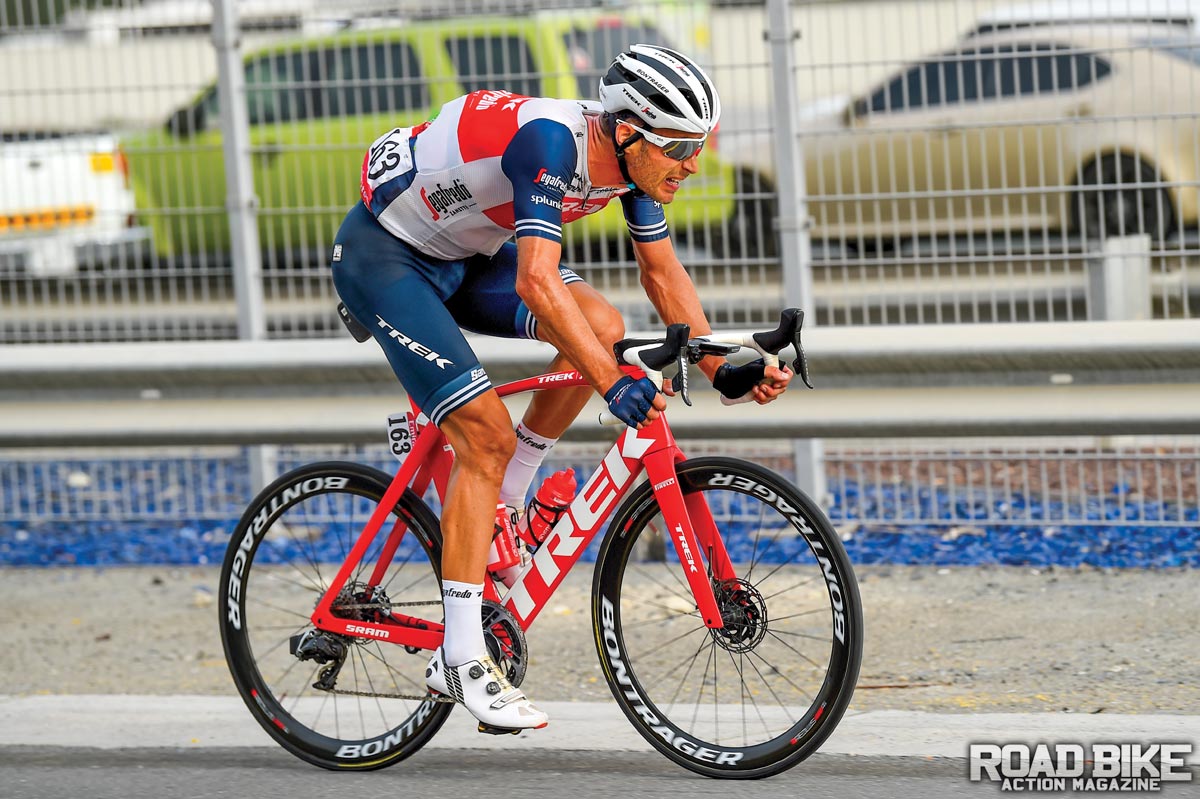 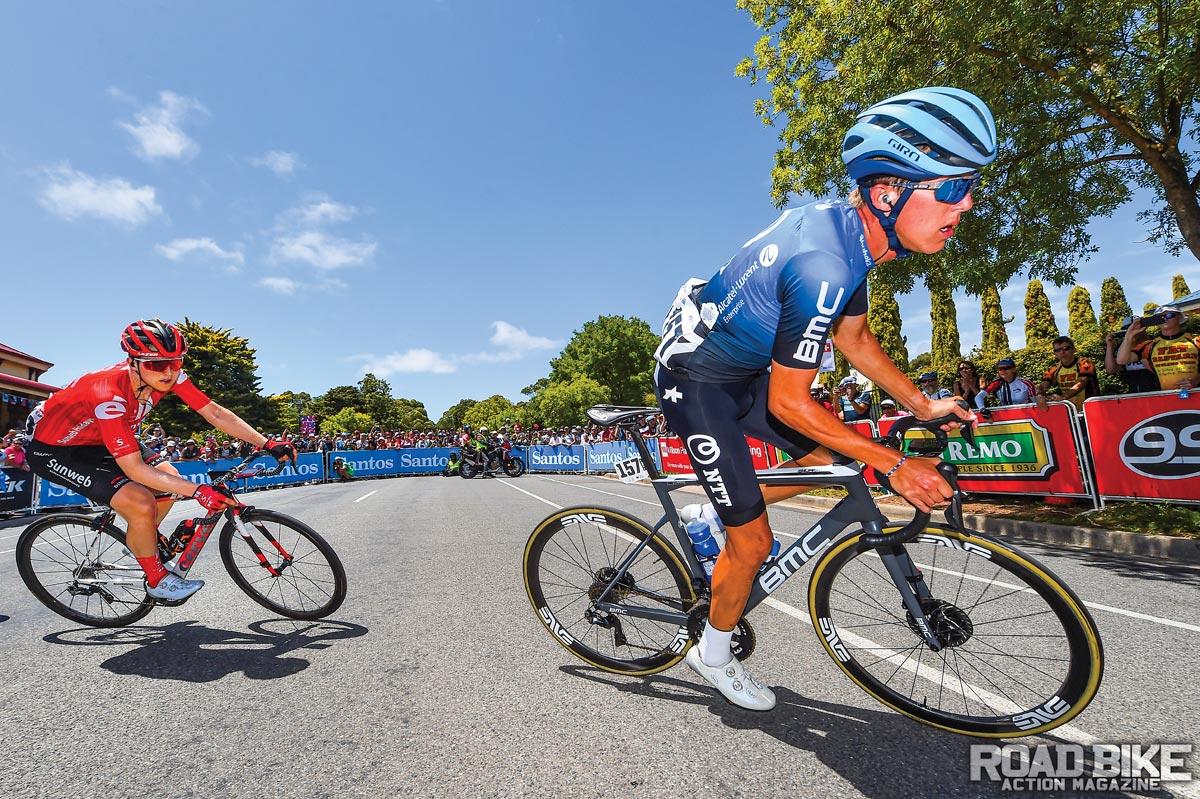 The African-licensed team (formerly Dimension Data) enjoys access to the whole BMC fleet, with the Roadmachine 01 being a steady choice. Enve provides the wheels, while Shimano controls the shifting duties with Dura-Ace Di2 components. 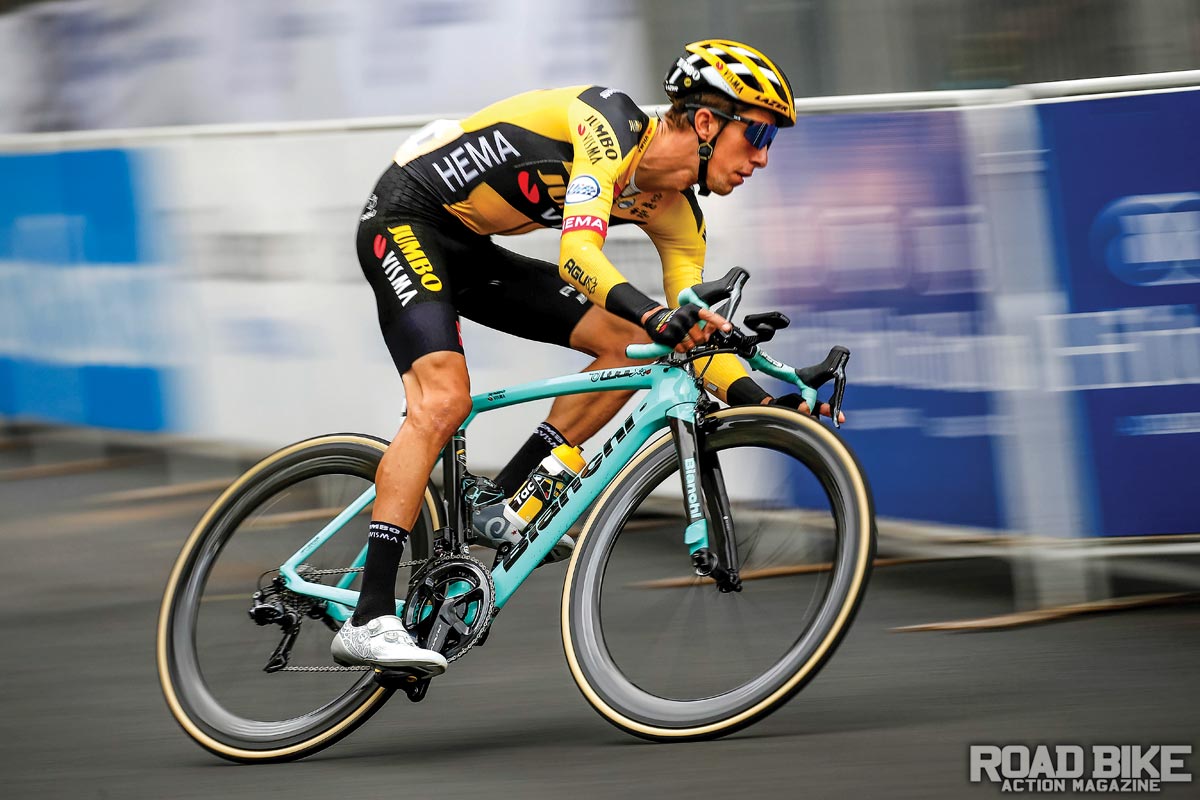 The Dutch squad are back on Bianchi bikes and the aero-optimized package of the Oltre XR4 and Vision Metron handlebars that all roll on Shimano Dura-Ace wheels with Shimano drivetrain. 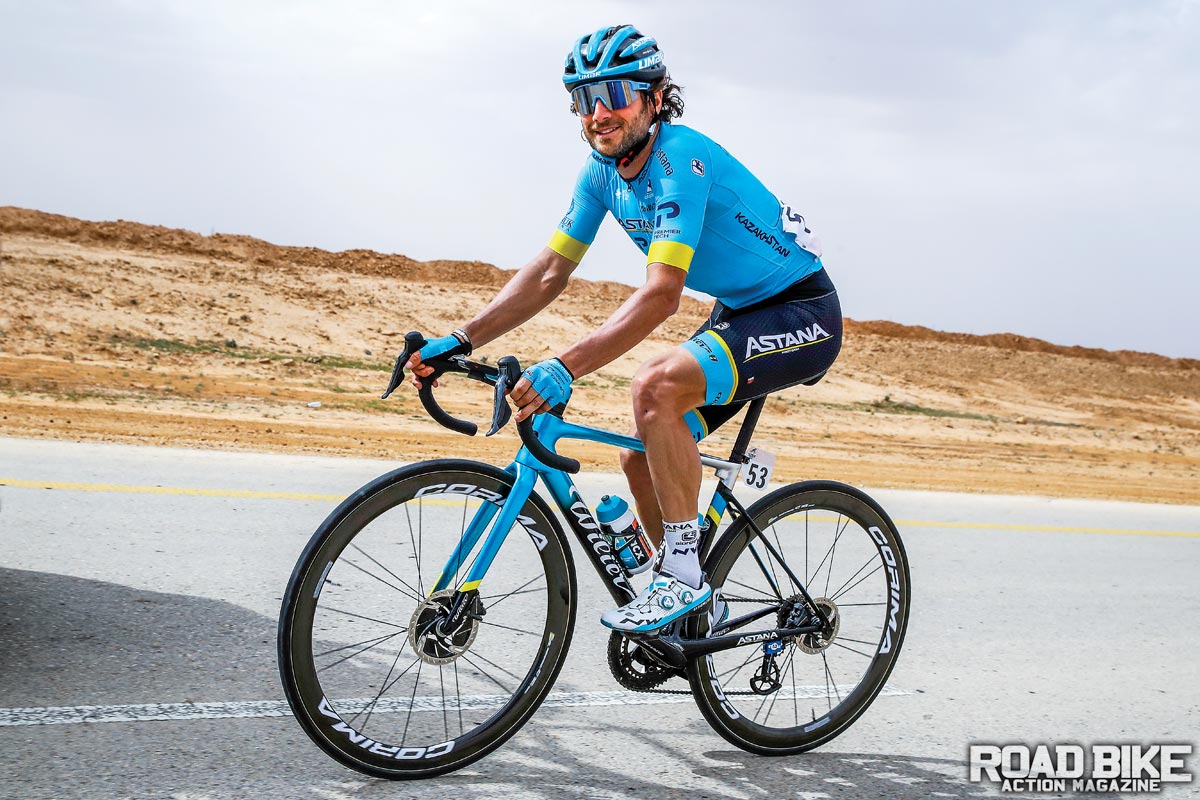 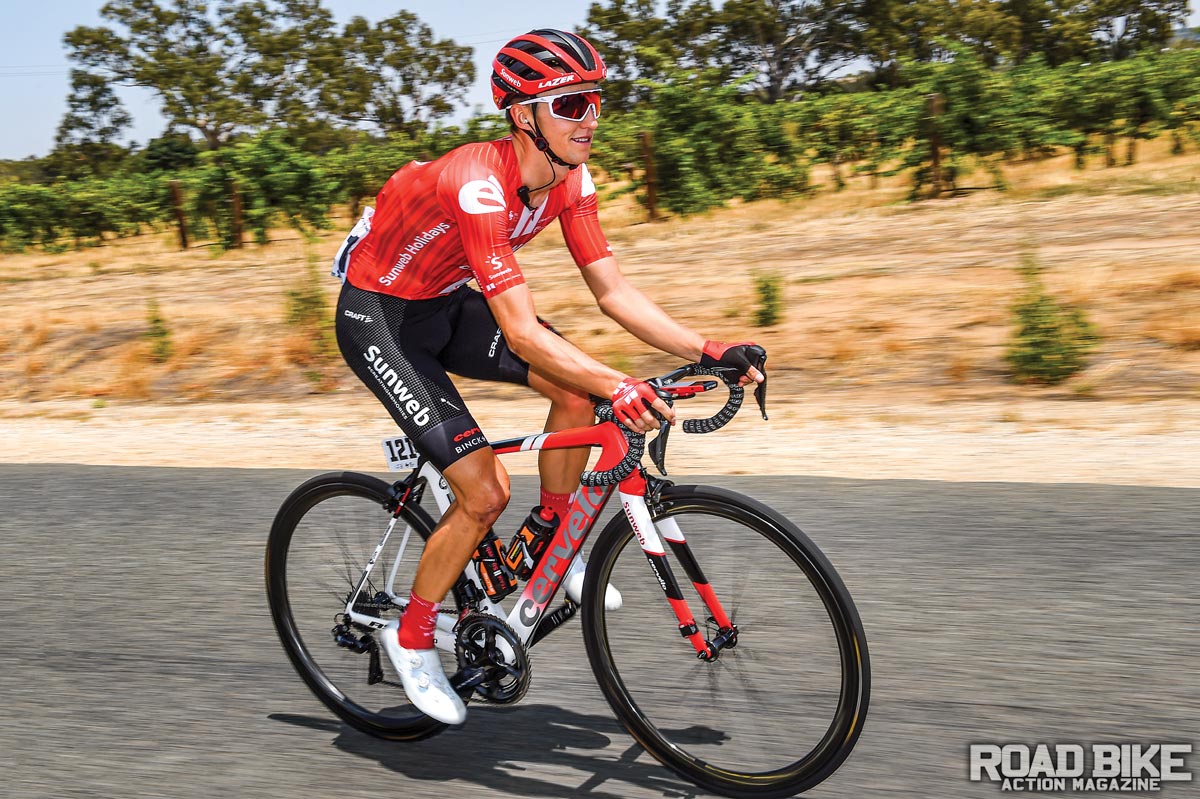 Riders can choose between the S3 aero bike and the R5 road bike with drivetrain, wheel and component specs courtesy of Shimano and Pro, with the S3 using Cervelo’s own radical one-piece handlebar/stem combo. 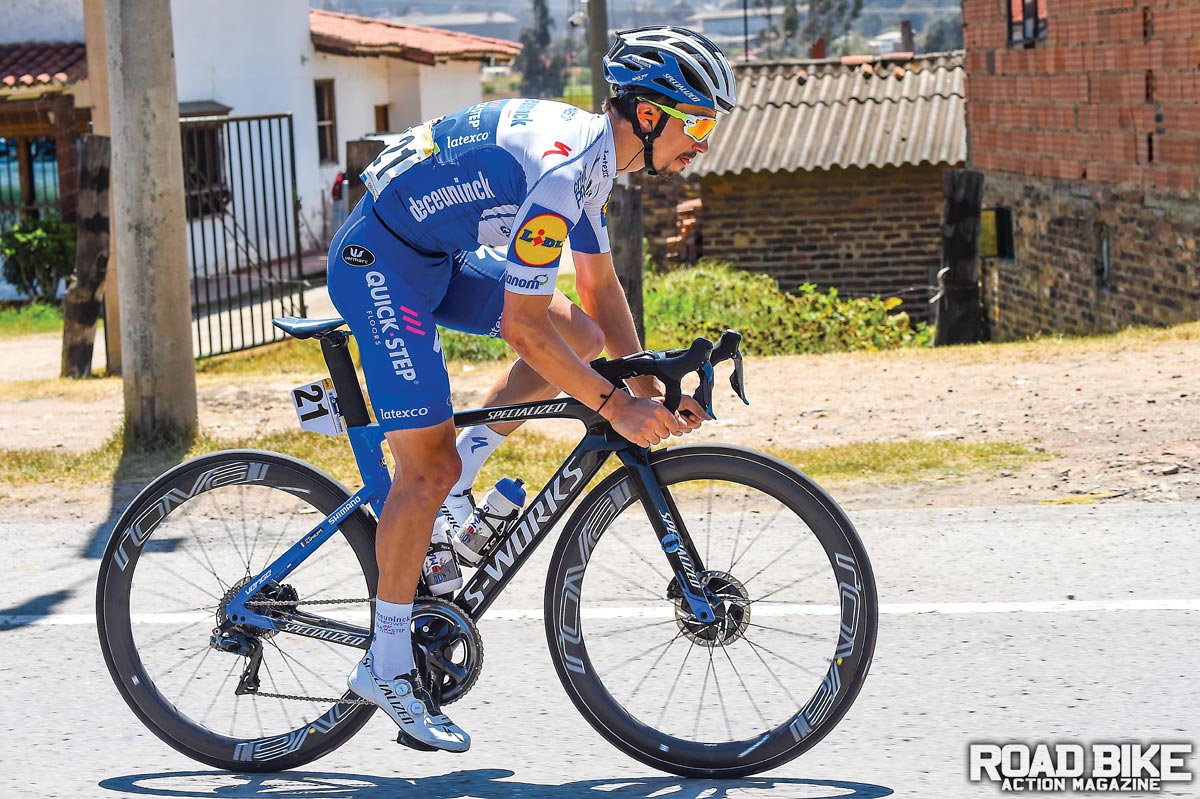 The most dominant team in the pro peloton retains the Specialized Venge bike spec’d with Shimano drivetrains and tubular wheels from Specialized’s in-house Roval brand. 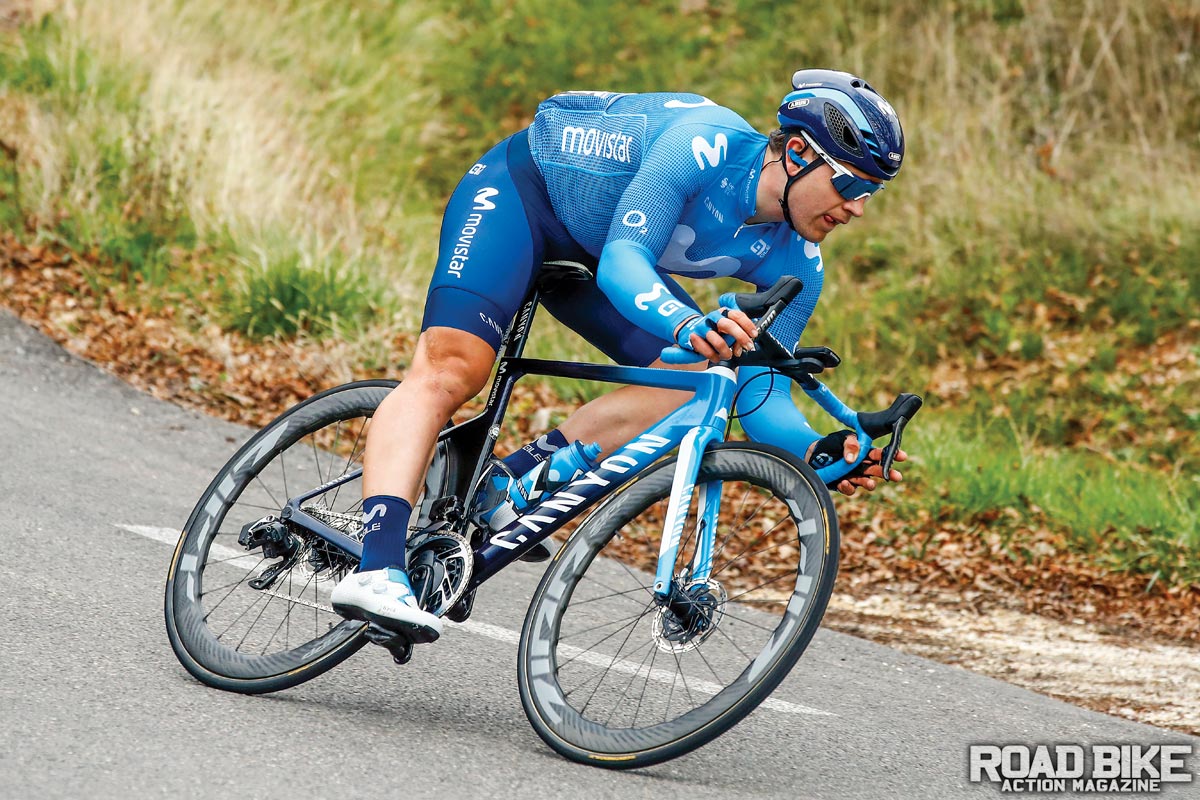 For 2020 Movistar stayed with Canyon, but jumped to SRAM to use their wireless AXS Red drivetrain and Zipp wheels, along with Fizik saddles and LizardSkins bar tape. 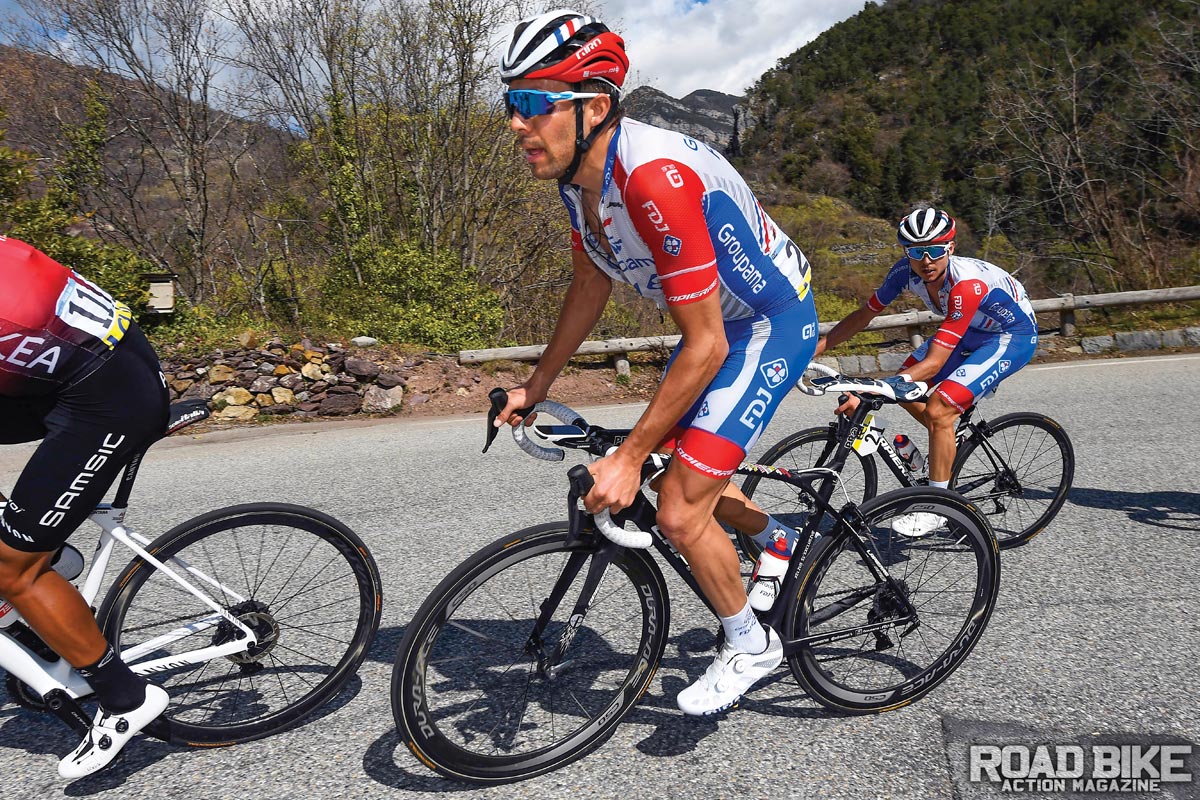 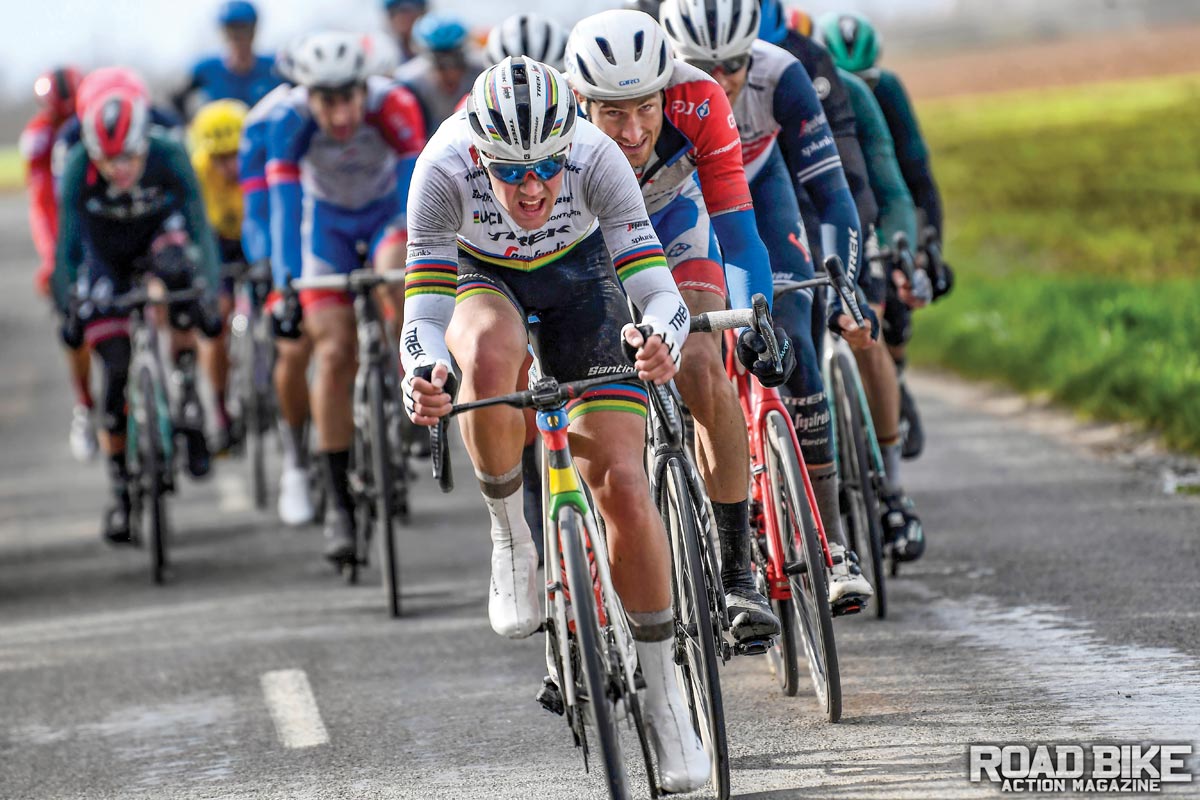 Resplendent as he is in his rainbow kit, 2019 world champion Mads Pedersen is unfortunately all dressed up with nowhere to go now that the entire race calendar has been canceled because of the coronavirus. With so much still unknown about the pandemic’s impact, no one knows if there will be any racing this year at all.

WHO IS TOM PIDCOCK AND WHY IS HE THE ‘NEXT BIG THING’?