2021 PARIS NICE PREVIEW — ROGLIC VS EVERYONE 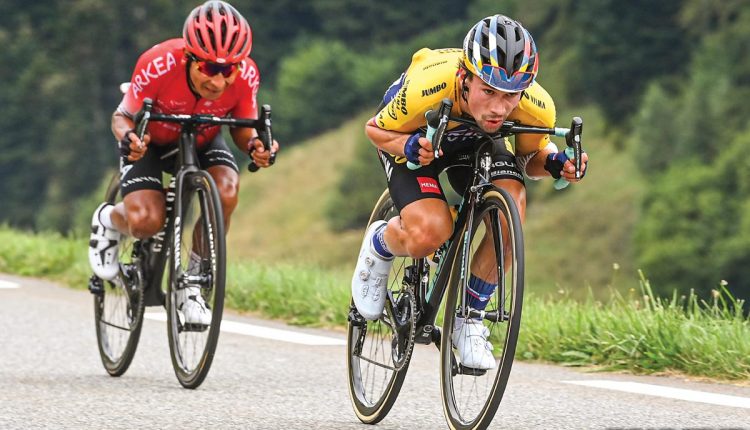 The cycling season gets serious Sunday as the eight-day mini-tour Paris-Nice gets underway featuring World No.1 Primoz Roglic and sub-plots galore. Paris-Nice tries to roll all the challenges of a Grand Tour into eight testing stages and is an early marker of who is hot and who is not and Roglic, a first time competitor, is also on his first race of the season. Roglic has done no racing so far in 2021 but was in upbeat mood on the eve of the event.

“I want to show the best of myself this season, and the altitude training has done me good,” said the 31-year-old, freshly arrived from a training camp in Tenerife.

Jumbo Sports director Grischa Niermann stated his aim in clear terms: “We are going for the win with Roglic.” British outfit Ineos are likely to mount a serious challenge after being forced onto the back foot by Roglic’s Jumbo for much of 2020.

The British outfit go into the race with two potential team leaders in Giro winner Tao Geoghegan Hart and new recruit Richie Porte, winner of Paris-Nice in 2013 and 2015.

Geoghegan Hart raced Paris-Nice in 2019 when Egan Bernal won before going on to clinch the Tour de France.

“It will be difficult to emulate that but we come in with a super, super strong and balanced team and I think we can be competitive every day,” the 25-year-old Londoner said on Saturday.

“I want to try and be up there in the mix,” the Giro champion said.

The serious action starts early with a rolling run around the Yvelines region outside Paris, presenting the sprinters with a first shot at the leader’s jersey.

Stage two starts the slog south across the vast, wind-exposed agricultural plains that have in previous editions blown the peloton apart.

If that doesn’t shake up the standings an individual time-trial on stage three will.

It also puts the spotlight firmly on race favorite Roglic, who let slip the 2020 Tour de France lead to his young Slovenian compatriot Tadej Pogacar in such agonizing fashion in the last gasp on a time trial.

But there are also 27 climbs, including a Saturday showdown on the Colmiane mountain in the Nice back-country, before Sunday’s potential decider with a major climb on the short run into Nice itself.

Home hopes are led by the emerging generation, with veterans Romain Bardet and Thibaut Pinot both concentrating on Italian racing leaving the way clear for two climbers FDJ’s David Gaudu and Guillaume Martin of Cofidis.

“I’m targeting top ten, top five would be a cherry on the cake,” Gaudu told AFP.

The race was cut short in 2020 when the Covid pandemic forced global sports into lockdown.

But the nature of cycling, with teams living together 24 hours a day, seven days a week anyway, has seen the sport adapt well to the ‘bubble’ system of keeping competitors segregated and to allow events to go ahead.

CAVENDISH BACK ON THE PODIUM