The world’s greatest bike race embarks from the Atlantic port of Brest on Saturday with France’s Covid curfew lifted and millions of unmasked fans expected along the 2100 mile route where on-form champion Tadej Pogacar is the man to beat. The peloton sweeps out from the France’s windswept western tip in Brittany on June 26, crossing the peaks and plains of the country’s most scenic corners, taking in the Alps and the Pyrenees before culminating with a stage 21 dash up the Champs Elysees in Paris on July 18. The Tour will climb the iconic Mont Ventoux, known as ‘the Giant of Provence’, twice in one day, offering a mythical setting for a showdown between Pogacar and his challengers to his title.

The race had originally been slated to start in Copenhagen, but because of the global pandemic and a clash with delayed Euro 2020 games, Brittany has stepped forward a year and replaced the Danish capital. Brittany is the home of the globally popular snack the crepe. Its fiercely independent people inspired the comic strip Asterix the Gaul. This year, the region with its ubiquitous black and white flag, also hosts four Tour stages. 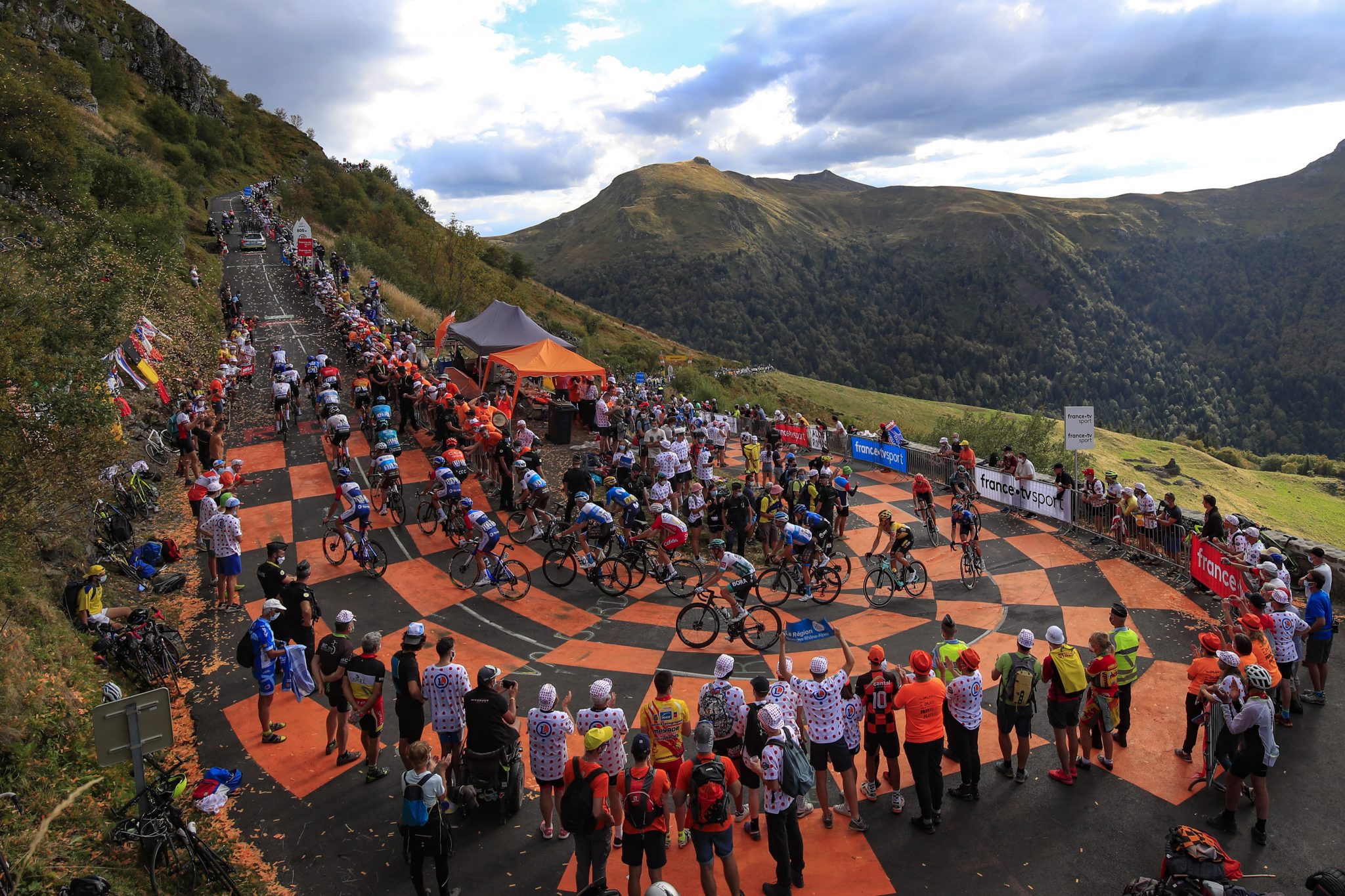 Much of the early drama is likely to be caused by wind, short steep climbs and narrow country roads where gaps can suddenly open up in the peloton.

“But it’s not at all traditional.

“We made the flat stages shorter or sometimes much longer to make them either faster or harder, and we have packed in all kinds of surprises with the hills and stuff, you’ll see this traditional tag is false, hopefully, even before we get to the mountains,” he said.

The Tour passed through Brittany in 2018 when Welshman Geraint Thomas won, and he is the nominated leader of the star-packed Ineos team (formerly Sky) who have won seven of the last nine Tours.

“For us its about sticking together and winning as a collective,” the Londoner said last week.

Not a surprise, a shock

He also revealed a special interest in the mountainous stage 15 which ends in the tax haven of Andorra, where he lives.

“I know all the roads, its definitely as much of a home stage as I’m ever going to get on the Tour,” he said.

Ineos will have to deal with the fearsome 2020 champion Pogacar of the UAE Emirates team. The 22-year-old has won two prestigious races already this year and appears to have the talent to dig deeper.

Another Briton who is back is the Tour’s all-time-great sprinter Mark Cavendish, winner of 30 stages, the last of which came in 2016. He was drafted in at the last minute as an injury replacement by his Deceuninck team.

“I’d be lying if I said it wasn’t a surprise,” the 36-year-old Manxman said. “Surprise is the wrong word, I was shocked.”

His team boss Patrick Lefevere described him as “like a fantastic footballer that is always on the bench but comes on to make the winning goal.”

A pure sprinter, Cavendish will have up to eight chances to win the four he needs to equal the great Eddy Merckx’s record of 34 stage wins.

Chris Froome is also back, albeit in a support role, and he said the race would be tight this year.

“Tadej Pogacar isn’t slowing down is he?” Froome said of the defending champion.

“Primoz Roglic is really strong and has a good team around him while Ineos has multiple leaders,” Froome pointed out.