As seen by local Cyril Gautier 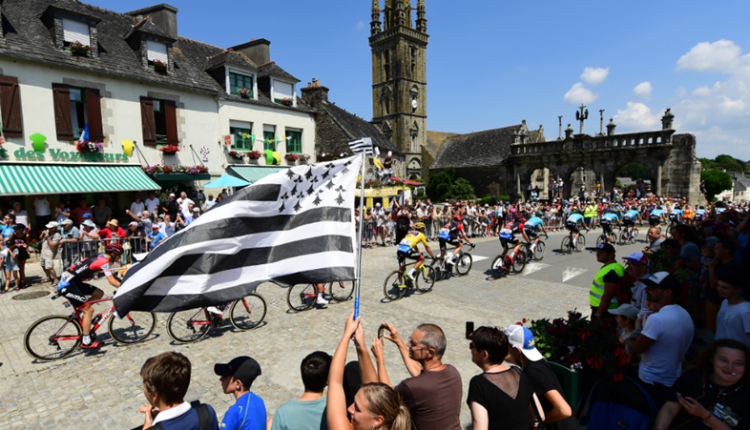 “Hearing bagads, it makes my hairs stand on end!”

Brittany is especially prominent on the route of this year’s Tour de France, with the grand départ in Brest one of a total of four stages visiting the region’s four departments. And although the record number of fourteen Breton participants set in 1958 is safe for another year, the 2021 peloton will still contain around ten local riders who are each set to experience a unique mixture of emotion and pride. Five of them tell letour.fr all about their home region, from their childhood memories to their relationship with the local culture – while never straying too far from the subject of cycling.

The most experienced of the quintet, Cyril Gautier, will be taking part in his tenth Tour de France but will be riding it for the first time in his home region for a Breton team: B&B Hotels P/B KTM. Just one more reason to give absolutely everything at this year’s Tour and to tell us all about his love for the region.

WHAT ABOUT CYRIL GAUTIER? 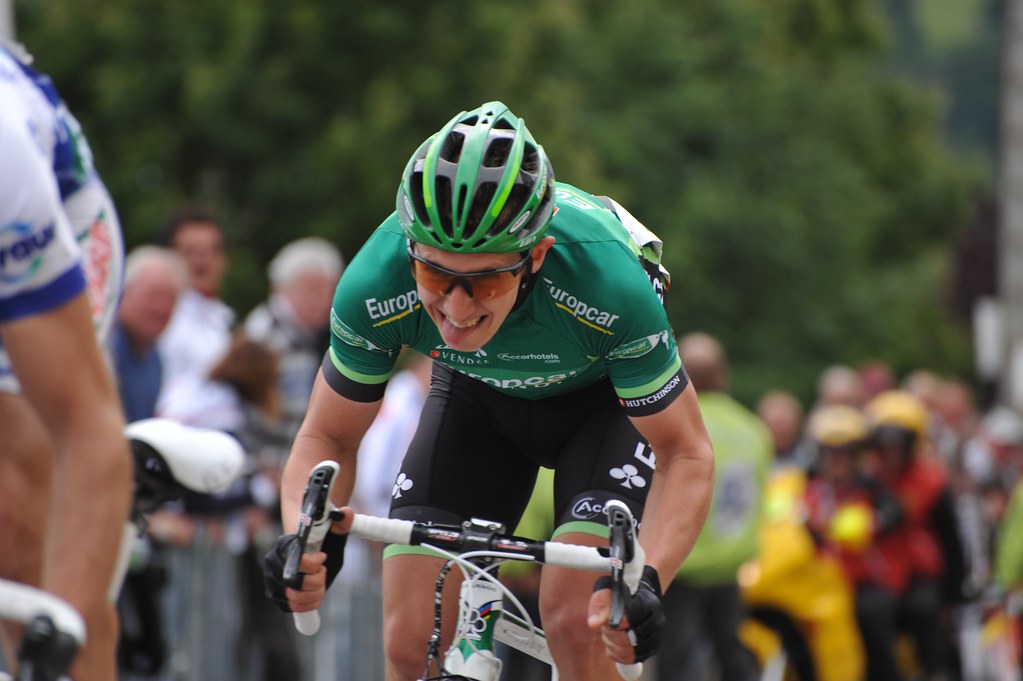 A CORNER OF BRITTANY

It may say at the civil registration service that he was born in Pabu, but the village of Plouagat – roughly halfway between Guingamp and Saint-Brieuc – is where Cyril Gautier spent his childhood. “It’s a small village. I grew up there until I was 18, my school years. My closest childhood friend still lives there. We used to ride mopeds around a cyclo-cross course. We were too young to be allowed to really, but we had good fun.” There is no hint of nostalgia in the Côtes-d’Armor native’s voice. When he eventually left, Cyril stayed true to his homeland and moved to Trégueux, on the outskirts of the town of Saint-Brieuc. “I don’t live there any more, but I’ll often cycle through. Seeing my old school always puts me in a good mood.” His first memories as a cyclist are not far away either. He received his first club permit at the age of 9 at Guidon d’Argent Guingampais, “the club to which my permit is still registered, and whose president would later become my father-in-law”. Having turned professional, Gautier never gave in to the temptation of the South, preferring to trade off the vagaries of the weather for the beauty of the coastal landscapes, whether riding east or west: “I love going all the way to Cap Fréhel, the road is superb. I head in the other direction less, because it’s a bit further to go, but all along the Côte de Granit Rose towards Lannion is a magnificent spot.”

There is no hesitation when he is asked to choose the figure who best represents his region: “For me, naturally, it’s Bernard Hinault. He’s the embodiment of both cycling and Brittany.” According to Cyril Gautier, the strength of character that drove the Badger to so many victories bears the hallmarks of his region. “He’s a stubborn guy, who’s not afraid of doing the hard yards. He isn’t everyone’s cup of tea but, for someone like me who comes from a farming family, I like the ‘old-fashioned’, rough-and-ready side to him.” Away from cycling, Cyril speaks with just as much pride about his passion for the region’s culture and folklore: “Hearing bagads, it makes my hairs stand on end. Actually, we had some traditional musicians play at my wedding. I don’t know much about the history behind the folklore, but I wanted to share it with the other guests. To give the party that Breton touch, a connection back to my roots.”

A CYCLING – AND RACING REGION

Way ahead of France’s other regions in terms of not just the number of champions that represent it in the Tour de France record books, but also the numbers of races organised and club members registered (as a percentage of the overall population), Brittany’s passion for cycling is there for all to see. “I don’t know where all the enthusiasm comes from, but participation and interest are easily passed down from generation to generation. It takes a lot of volunteers to organise youth races, to put up the barriers, but there’s never any shortage of them. And all those people lining the course, who come to eat galettes and sausages, they’re cycling connoisseurs who really understand the race.”

It was at such an event that a young Cyril, who had already made a name for himself in the minimes and cadets age groups, claimed a landmark victory in the Brittany junior championships in 2004. “It was in Locunolé, on the border between Finistère and Morbihan. I set off on my own with three laps to go, the odds were against me. But I held off the chasing pack, all by myself and in some style. That’s how I liked to race. It was so much fun, I was just trying things out and enjoying myself.” Although wins may have proved more elusive in the professional ranks, some of the best results of Gautier’s career have come on home terrain, including his wins at the Route Adélie (2010) and the Tour du Finistère (2013) and honourable showings in the Grand Prix de Plouay (4th in 2014) and the Grand Prix de Plumelec (2nd in 2008). It is no coincidence: “I feel really pumped in Brittany, I’m back at home. Every time I go to Plouay, I get the urge to do something special. I’ve got the home advantage, plus I like circuit races.”

Any time the Tour de France peloton passes through Brittany is a day of celebration. It comes as no surprise to hear that the Gautier family – cycling fanatics one and all – were in Saint-Brieuc for the prologue in 1995: “There was a descent at the end of the course, and we were at the top of it. I saw Boardman go by, even if I didn’t see his fall. I remember being soaking wet, there was a big storm. But that’s the Tour: it’s one big party, even when it rains… The fans don’t care, and I was already one of them at the age of 9.”

Many years down the line, Cyril Gautier was overcome with an even stronger emotion at the start of the Carhaix-Cap Fréhel stage of the Tour de France 2011, by which time he was riding for the Europcar team: “We passed by 100 metres from my home, on a road they’re using again this year. I wanted to be in the break, but I didn’t manage to get in it. I was really disappointed, even though I knew that it would be a sprint finish. I wanted to be out at the front when I passed by my house. For the people who know me to have that pleasure. Lots of them first started to take an interest in cycling simply because they’re my neighbours. And I know that, in my village, everyone will be out on the roadside to see me go by.”

To take part in the grand départ of the Tour de France in Brittany, as a rider from Brittany, in a Brittany-based team, is no small thing. “I don’t want to get ahead of myself right now, but the briefing for the first stage is definitely going to be special; we’re going to have to take leading roles.” It goes without saying that the dream role to perform would be that of stage winner, bearing in mind that Bernard Hinault remains the last homegrown winner of a stage in Brittany (a time trial in Plumelec in 1985). This year, there will be four opportunities for the current crop of local riders to follow in his footsteps: “There are three clear favourites for the first two stages. Alaphilippe, Van der Poel and Van Aert will all be there or thereabouts, so I’m not holding my breath. But circumstances can play their part too. I’ve always hoped that one day I’ll win a stage at the Tour; I’ve had some good finishes and I’m still trying. If I leave Brittany having won a stage, then ‘I’ll be able to die in peace’, as Thierry Rolland used to say! I know the terrain on the Mur-de-Bretagne stage really well, it’s the one that passes closest to my home and that climb means a lot around our way.”