The Speedplay pedal gets simplified and refined 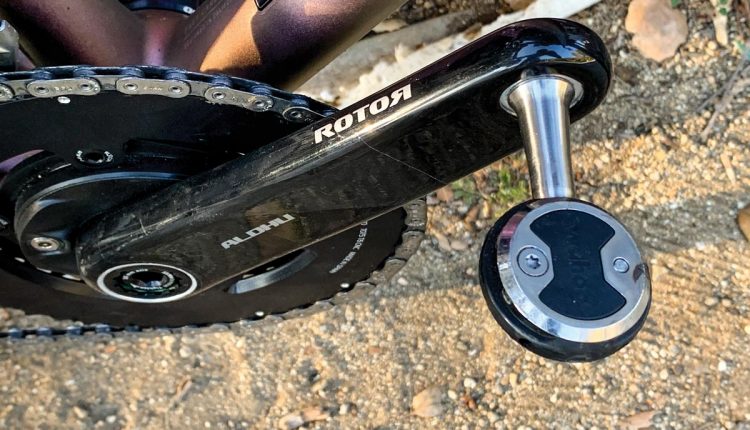 In case you missed the memo and thought that the famous Speedplay pedal had disappeared from the market, you wouldn’t be alone. It was near the end of 2019 when the Wahoo brand purchased the 30-year-old pedal brand that things pretty much went radio silent. We weren’t sure if Wahoo’s intent with the purchase was to kill the brand off or improve it. Knowing how universally popular the “lollipop pedals” had become among both recreational and professional riders, we were hoping for the latter.

Last August of 2020 we got word that there was a redesigned pedal launching at the end of September. We got some very early samples and started riding them. The launch got pushed and pushed as Wahoo looked to refine the entire lineup rather than just launch the improved version. Upon their acquisition, between all the colors, styles, cleats, axle lengths and assorted small parts, Wahoo was faced with an untenable amount of SKUs. Apparently, this was not the Wahoo way, so they decided to clean house—a deep clean.

THE GANG OF FOUR

The last big pedal news from Speedplay was the arrival of the Syzr off-road pedal in 2015, which enjoyed a brief moment in the spotlight before everyone realized that their performance didn’t outweigh their drawbacks. Also gone is the Light Action pedal, which has been replaced with the Easy Tension cleat. This means there is a single pedal-body style without needing to buy a new system if you want more tension or adjustment.

The pedals are available with either a Standard or Easy Tension cleat. The cleats are compatible with both new and old pedals, and both will have the same 0–15 degrees of adjustable float as well.

One feature that made Speedplay pedals so popular was that they were dual-sided, and thankfully that feature remains (except on the Aero). The new design is also backwards compatible with previous Zero pedals, so your old cleats will work on the new design and vice versa. This is great for those already invested in the system that might just need new cleats.

The new design extends the metal bow ties that were on each side of the pedal so there is a continuous metal edge on the contact surface. This updated pedal body is to increase durability. Wahoo has also improved the bearings to a sealed bearing with no grease port. This will minimize the need for regular maintenance, something that few did anyway. One of the biggest upgrades for us is the removal of the 15mm pedal wrench flats in exchange for an 8mm hex wrench.

For some RBA test riders, Speedplays have been their go-to pedal on the road for years. The dual-sided entry and highly adjustable cleats allow for a more customized fit. The setup of a Speedplay cleat is still the same and is still more complex than the three-bolt alternatives. But, the extra time it takes to set them up also lends itself to more setup options for position. You don’t need a Speedplay-specific shoe, and they still fit the typical three-bolt-style shoe perfectly.

In short, the same as always, which is neither a bad or a good thing, as the changes made not only improve the feel and function but the overall user experience and durability. The bearings no longer need to be serviced as they did before, and the lifespan we have been told should be extended. With that said, we have pedals from 2009–2010 that are still working flawlessly, so durability wasn’t really an issue on the design side of things if you ask us.

The cleats seem to be very similar, and since the Walkable cleats hit the market, we have had little issue with them, either. We do have one of our cleats placed pretty far off-center, and it does allow the cleat to wear the pedal a bit. After testing the new pedals alongside the old, we had forgotten that there was a difference. The biggest thing for us is we no longer have to hunt down our 15mm pedal wrench to swap pedals, thank goodness.

As many have complained, the Speedplay system is not ideal for off-road use. If you step in mud or soft dirt, it will get into the cleat with no way to remove it other than with a stick and patience (water helps, too). That being said, we also think that out of all the road-specific pedal platforms out there, the Speedplay design might be the safest for off-road use because the release tension doesn’t get tighter under load like all the rest of the three-bolt pedal options.

If you’re a Speedplay user that never upgraded to the Zero system, you are now forced into the change, but let’s be honest, that was coming either way. Light Action users will need a new system, but there are still plenty of cleats remaining on the market if you want to hold out for a few years.

Overall, the changes made are to improve the user experience and to simplify the selection. Dealers don’t have to carry all the colors in all the styles and can instead stock more of each style. Actually, we are most excited about the power meter version they have announced (but not yet released), and hope to get a set of those in to see how they fit all the tech into such a compact design.

Not ideal for dirt