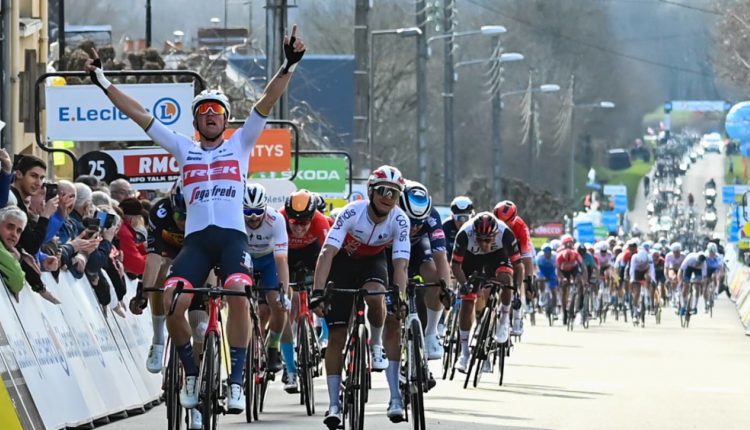 Former world champion Mads Pedersen won the uphill sprint finish on stage 3 of Paris Nice. Pedersen out-sprinted Bryan Coquard and Wout Van Aert to take the win out of a reduced peloton that was split on the final categorized climb of the day. Fabio Jakobsen, Sam Bennett and Dylan Groenewegen were among the sprint favorites that lost out on the climb with 13 miles to go.

Christophe Laporte crashed in the final 300 meters after colliding with Kevin Geniets in the sprint but was quick to get up and remains in the lead of the race, one second ahead of his teammate Wout Van Aert. Stage four will present the first shake-up of the overall standings with an  8.6 mile individual time-trial from Domérat to Montluçon, ahead of the final four climbing stages of Paris-Nice.