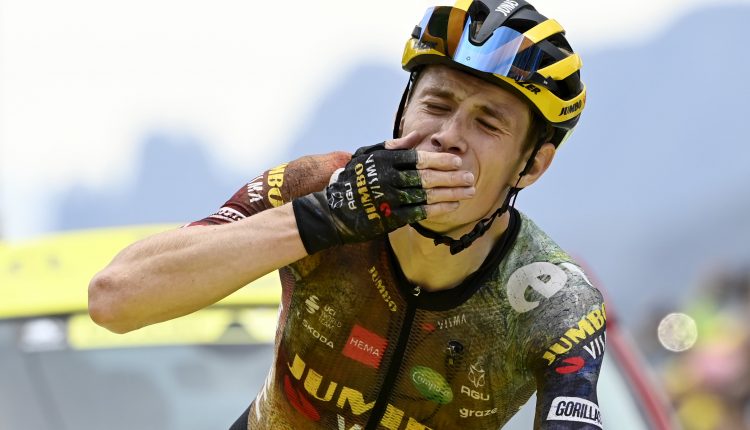 Jonas Vingegaard climbed into the Tour de France overall lead in a mountain stage for the ages Wednesday as defending champion Tadej Pogacar wilted and then cracked in the heat and the heights. Vingegaard, 25, finished 59 seconds ahead of Colombian climber Nairo Quintana as Frenchman Romain Bardet was third at 1min 10sec atop the Col du Granon, at 2,413m altitude. An exhausted Pogacar looked broken as he crossed the line seventh, 2:51 adrift at the summit of the 9.2 percent, 7 mile final climb in the southern Alps.

Vingegaard leads Bardet by 2:16 in the overall standings, while UAE Team Emirates’ Pogacar dropped to third at 2:22. The 2018 champion Geraint Thomas also flew past Pogacar and the Welshman is fourth in the overall standings just four seconds off the Slovenian while Quintana is fifth. Vingegaard began a series of lacerating attacks on two-time defending champion Pogacar on the penultimate mountain Col du Galibier, but it was not until the final ascent that he cracked.

To witness this epic stage there were camper vans galore, flaming barbecues  and countless amateur cyclists who had taken on the legendary ascent in the  morning, giving the action packed stage the audience it deserved with the Alps providing a stunning panorama for a stunning stage.