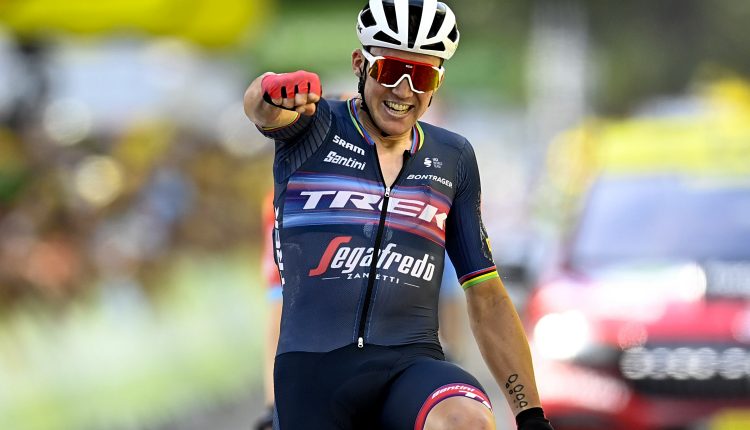 Mads Pedersen became the third Dane to win a stage on this year’s Tour de France when an escape group beat the peloton to Saint-Etienne on a baking-hot dash across the Rhone Valley on Friday. His countryman Jonas Vingegaard retained the overall lead, which he claimed by winning stage 11, while Magnus Cort Nielsen won stage 10 in a Tour de France that also started with three days in Denmark. A bunch sprint had been expected on this 120 mile Stage 13 run from the foot of the Alps but as the heavier built riders, who dominate the sprints, began to struggle in the searing temperatures, a seven-rider break began to dream of a stage win.

Australian sprinter Caleb Ewan fell when he appeared to lose focus and braked hard into a corner, tumbling alone near the head of the peloton. Quick-Step sprinter Fabio Jakobsen was also dropped as the pack chased the escape. The peloton then gave up the game 11 miles from Saint-Etienne.

Pedersen is clearly a man for the extremes as he won the 2019 world championship road race in freezing Yorkshire rain. On Friday, he dealt with a heatwave with the same elan, whipping his rivals Hugo Houle and Fred Wright in the home straight. Vingegaard, Tadej Pogacar and Geraint Thomas, the top three in the overall standings, all cruised over the line together.