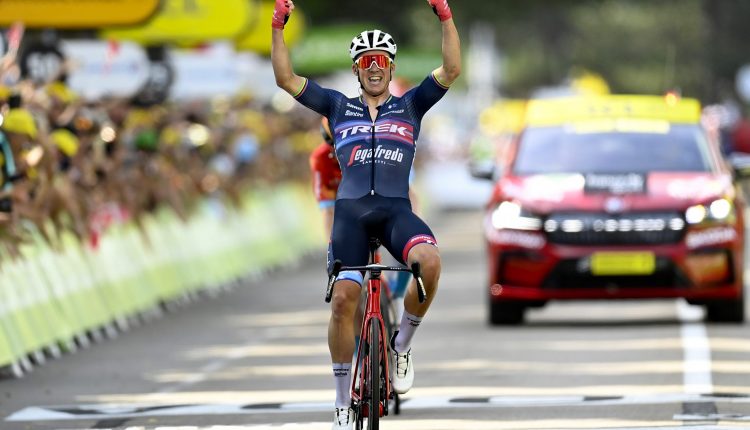 Trek Segafredo’s Mads Pedersen won stage 13 of the 2022 Tour de France. The 26-year-old former world champion attacked from the breakaway with 7 miles to go taking Bahrain Fred Wright and Israel Premier Tech’s Hugo Houle with him. The Peloton remained content to let them go after some unsuccessful chase attempts from the sprinter’s teams, Pedersen’s breakaway pulled out to 4 minutes ahead of the race. The trio began attacked each other into the finale where Pedersen broke into a sprint with 300 meters to go to win the stage. Wright finished second with Houle in third.

“It’s incredible to finally take a win, I knew my shape was really good. I definitely missed out on the opportunities in the first two weeks.” Pedersen said after the win.

“We came here with riders to target stages, so now thats done its a relief.

“I thought it was a mistake to be in the break early but it paid off.

“With 2-3kms to go on the final climb I knew I didn’t want to be at the finish with six guys so I attacked.”

Jonas Vingegaard held onto his lead in the overall competition, Tadej Pogacar is 2:22 behind in second with Geraint Thomas in third at 2:26 back.

Saturday’s stage 14 is a demanding 119 mile ride from Saint Ettiene to Mende.