Sprinter Fabio Jakobsen won stage two of the Tour de France on Saturday vindicating Quick-Step Alpha Vinyl’s decision to select him for the team ahead of  Mark Cavendish. Jakobsen edged Jumbo-Visma’s Wout van Aert, who took the overall leader’s yellow jersey after the 126 mile run from Roskilde to Nyborg in Denmark that included a treacherous crossing of the 12-mile-long Great Belt Bridge. Dutch rider Jakobsen’s win means Quick-Step have two victories in as many days, after they chose against picking veteran Cavendish, a 34-time stage winner on the race. 25-year-old Jakobsen suffered a life-threatening crash at the Tour of Poland in 2020, but has recovered to become one the most feared sprinter in road cycling as he embarks on his first Tour de France.

“It’s been a long road for me to get here, if only you knew,” said Jakobsen, who lost all his teeth and underwent five hours of surgery after crashing over barriers into a metal post.

“Those who know me understand the sacrifices I had to make. So today I really am very happy,” he said.

Dylan Groenewegen who was blamed for Jakobsen’s accident and received a nine months ban finished eighth on the day. Two-time champion Tadej Pogacar retained the white jersey, for riders 25 years-old and younger, while Van Aert added the green sprint points jersey to his yellow one.

Mads Pedersen finished third to give local fans more reason to celebrate as another Dane, Magnus Cort Nielsen, sporting a handlebar mustache, won the climber’s points jersey along the way. Nielsen was hailed by mass crowds who had gathered in the port of Nyborg from early on with residents saying it was the biggest party in the small town’s history.

A day after an awe-inspiring wall of sound reverberated around Copenhagen reaching its peak as Jonas Vingegaard was swept along on a wave of emotion, rural Denmark also turned out in raucous droves to roar on the riders in bright sunshine.

The peloton set off from Roskilde, known as the garden of Copenhagen, with its galleries and festivals with The Strokes due to play there later, huge youthful crowds gave the race quite a send off. The main feature of the race was the crossing of the Great Belt Bridge where overall leader Yves Lampaert was one of many to crash in strong winds. The crossing from Denmark’s main island of Zeeland to the middle island of Fyn is windless only five days per year, one million vehicles travel it every month. 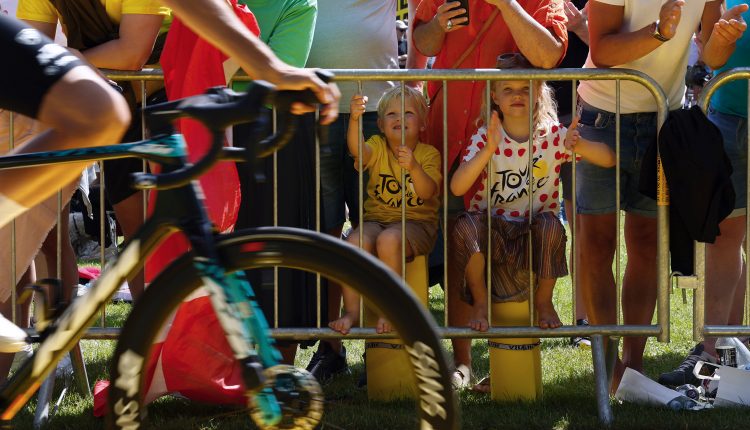 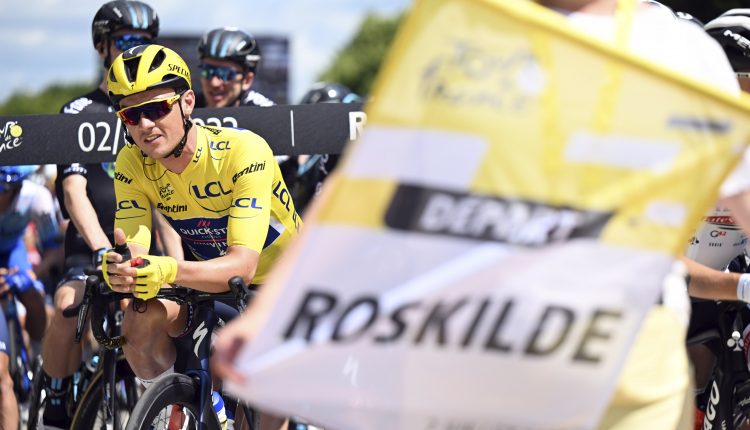 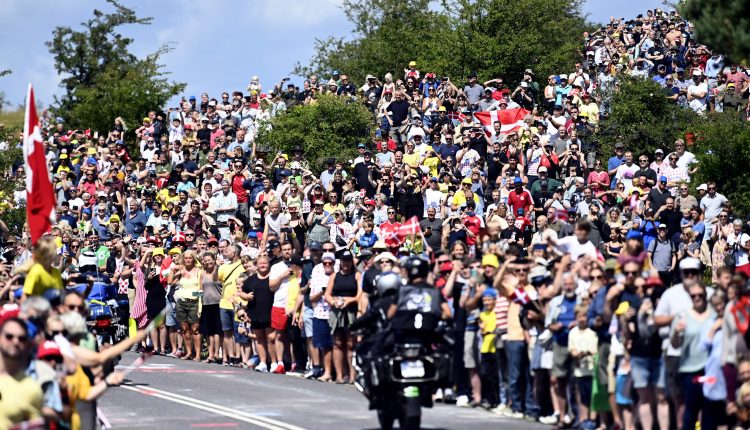 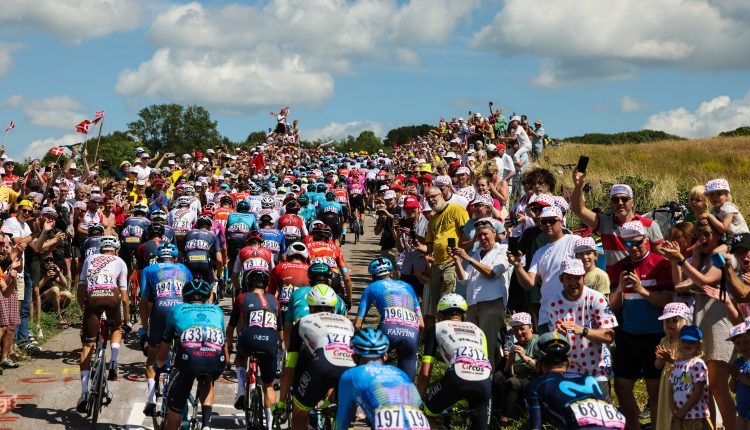 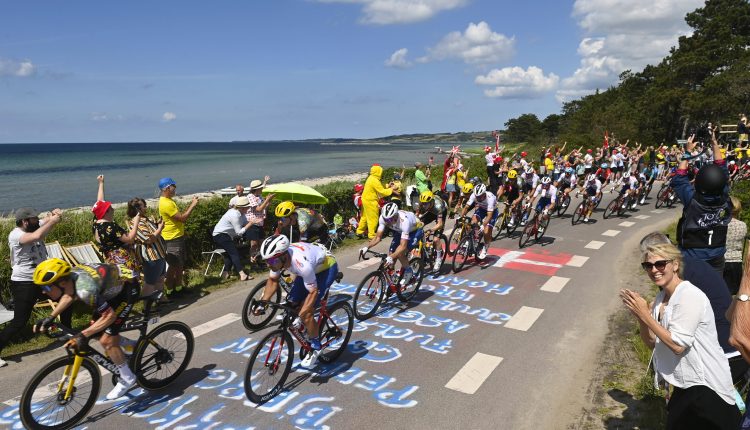 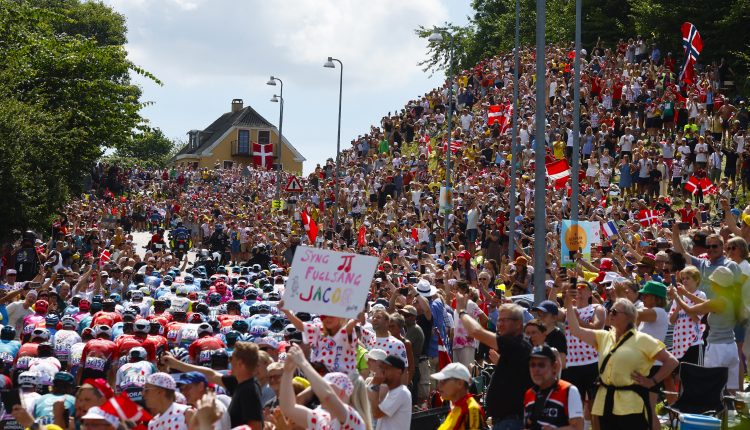 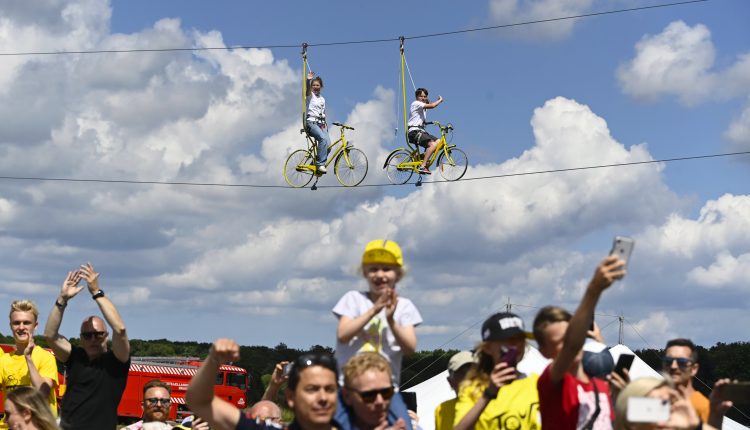 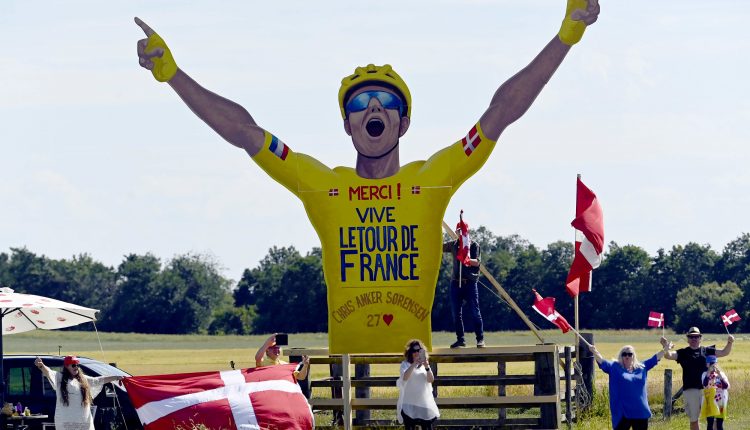 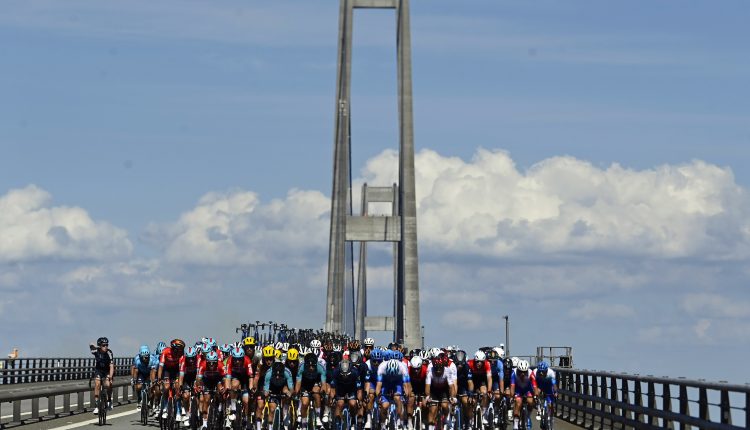 Winds wreaked havoc for riders across the Storebæltsbroen bridge. 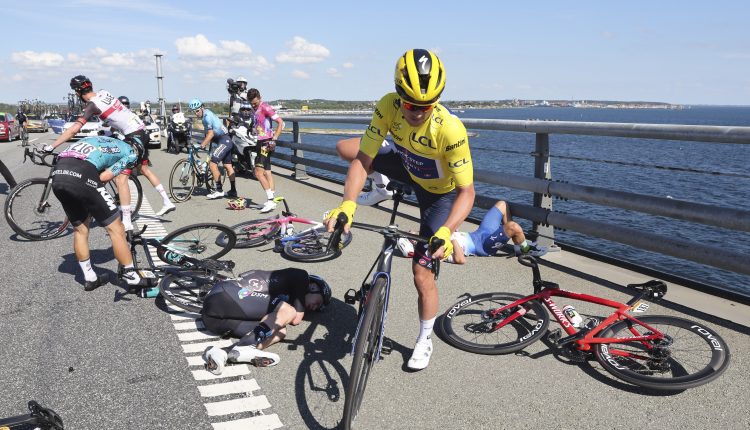 Yves Lampaert was caught in a crash along the Storebæltsbroen bridge. 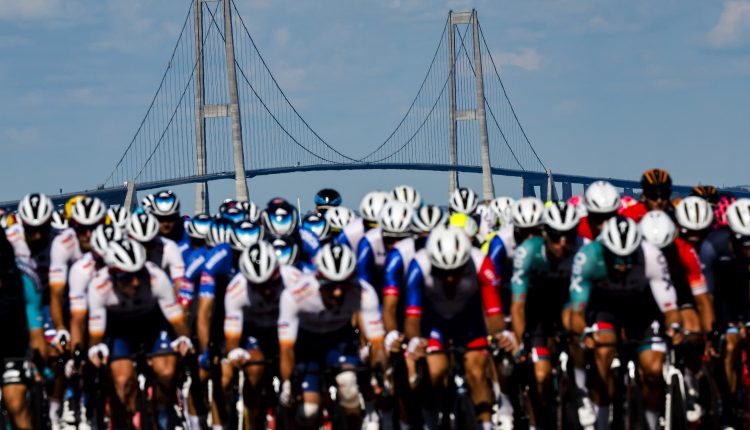 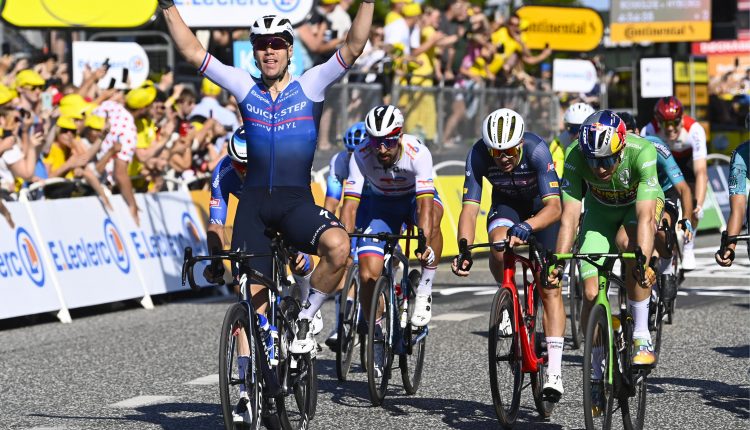 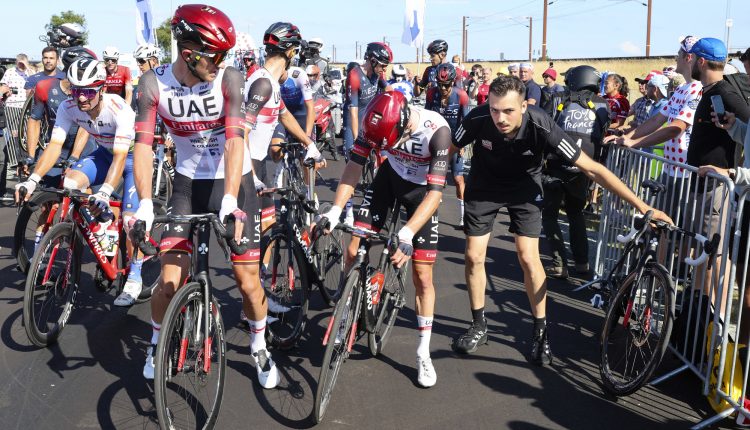 Most of the peloton was caught in a crash with under two miles to go. 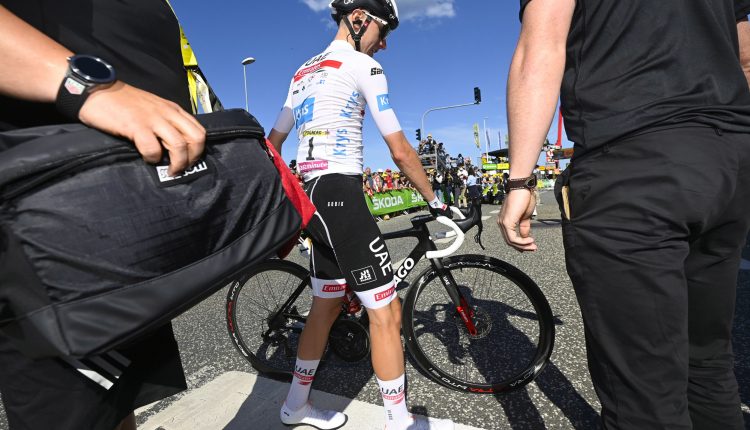 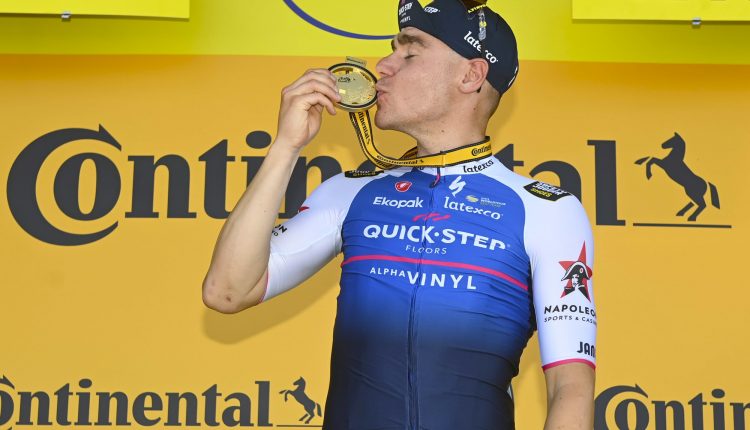 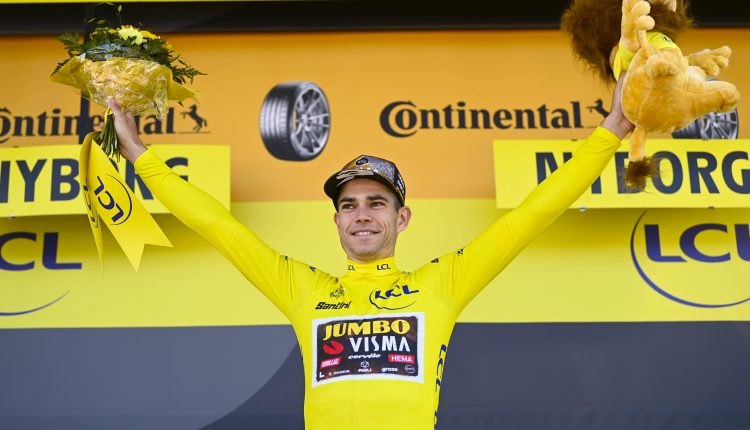 "It feels comfortable." Wout van Aert on his first time in the yellow jersey.
Prev 1 of 16 Next