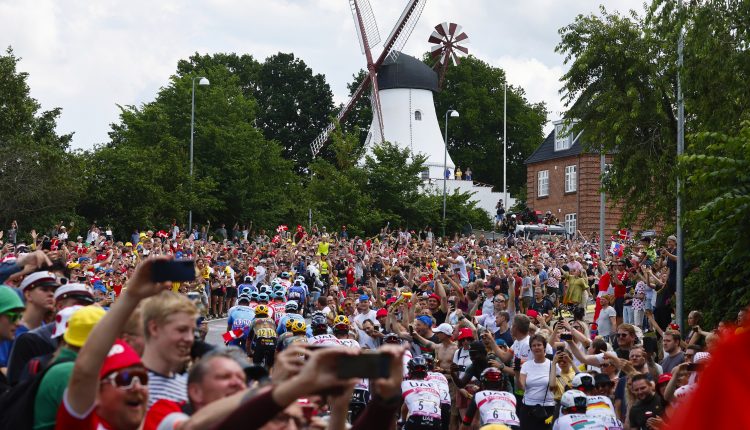 Dutch sprinter Dylan Groenewegen snatched the third stage of the Tour de France on Sunday, edging Wout van Aert on the line although the Belgian retained the overall race leader’s yellow jersey. The Bike Exchange rider ensured Jumbo’s van Aert finished second for the third consecutive time after the 113 mile stage, the last in Denmark before the race returns to France, with large crowds lining the route.

Van Aert leads Yves Lampaert atop the overall standings by seven seconds with Tadej Pogacar in third 14 seconds back. The yellow jersey holder is also top of the sprint points rankings for the green jersey.

“I’m looking forwards to the next week in France,” said Van Aert, who could end up in yellow for a while. “The team have let me go for this, Primoz has his ambitions too and he’s looking great.”

“I always dreamed of wearing the yellow, but I wasn’t expecting these Danish stages to suit me,” he added.

Groenewgen was banned for nine months after causing the crash that almost killed Saturday’s winner Fabio Jakobsen, who spoke emotionally about his long struggle back to fitness after his rookie Tour de France win.

“I’m very happy for Fabio after everything that happened,” said a contrite Groenewegen about the crash at the 2020 Tour of Poland.

“He won yesterday but today was my day,” he said.

Jakobsen said Sunday morning he was still waiting for congratulations from his Quick-Step teammate Mark Cavendish, after the 25-year-old was selected ahead of the Manxman. 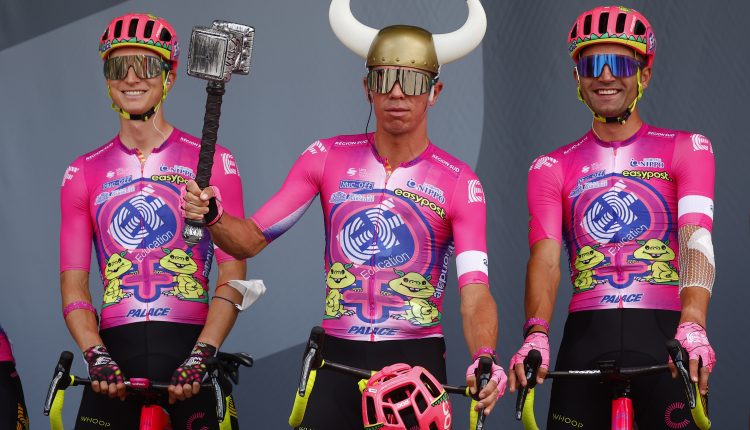 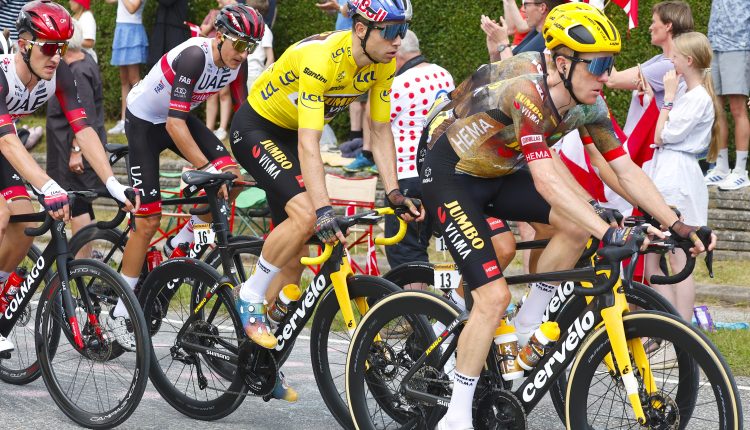 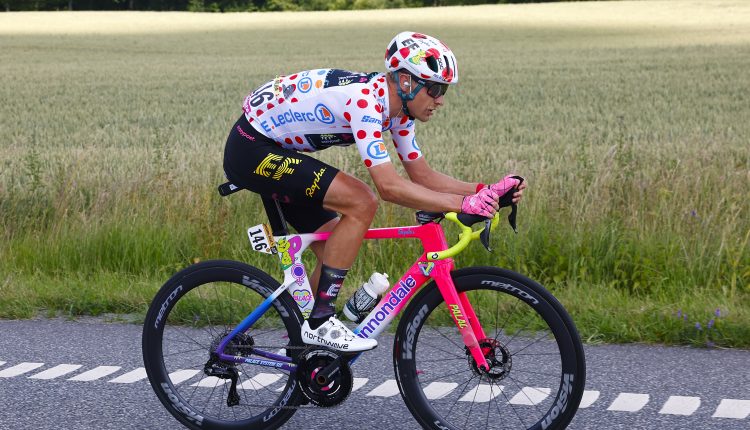 Magnus Cort defending his lead in the KOM jersey. 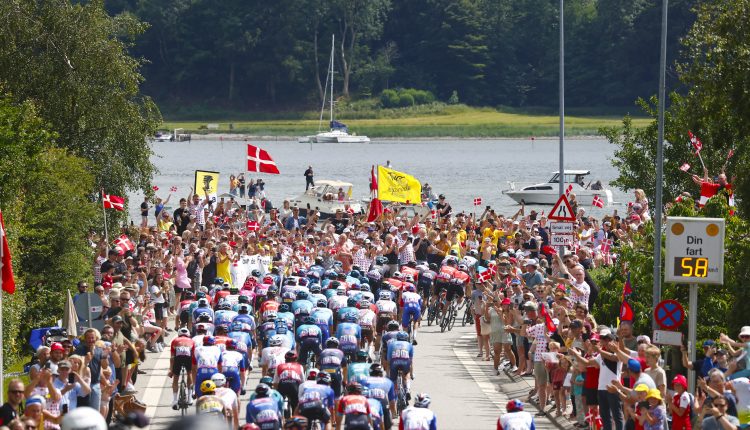 Danes continue to turn out for the Grand Depart. 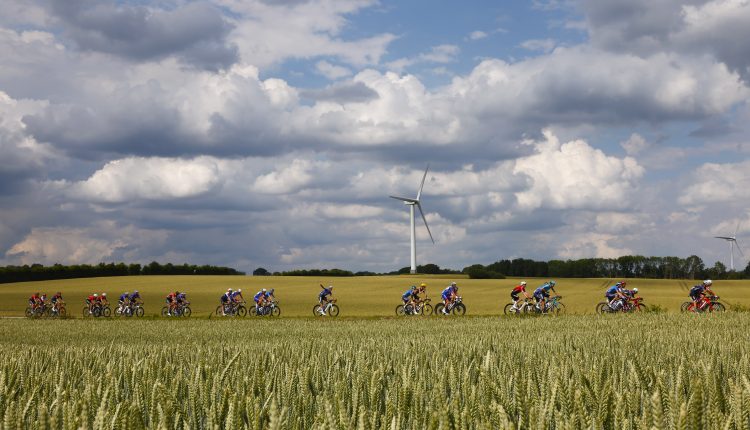 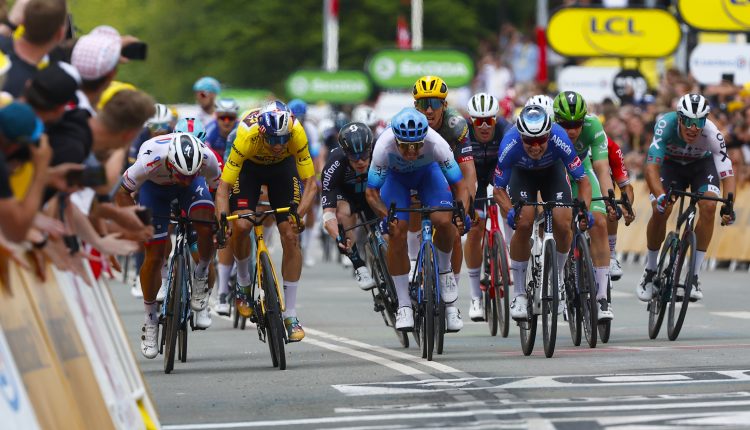 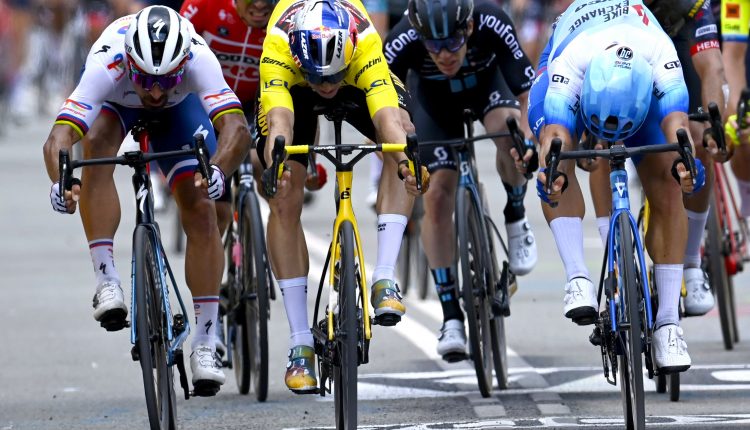 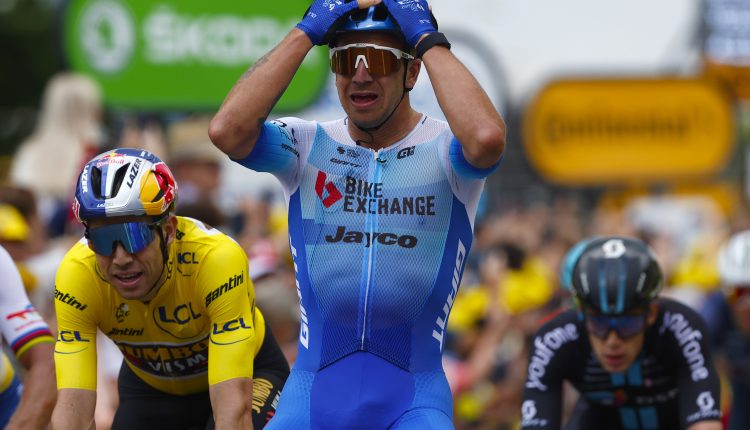 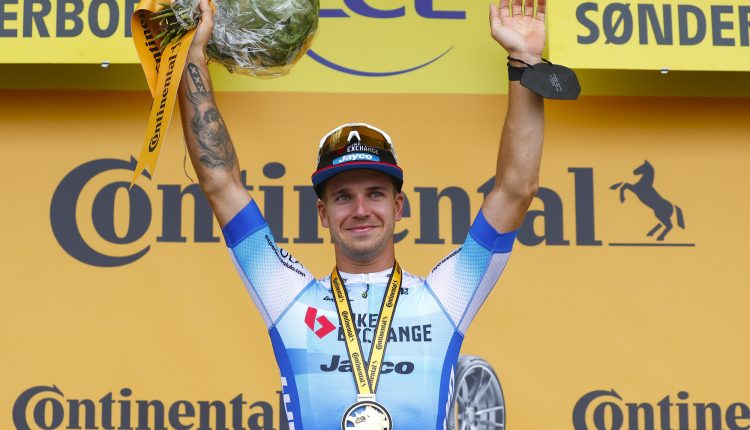 Defending champion Tadej Pogacar of UAE Team Emirates retained the white jersey as best under-26-year-old, a day after being involved in a mass crash where he somehow managed to stay on his bike.

“The end was a tough finish, I’m satisfied with my ride. My hand is a bit painful after hitting the barriers, but there’s no stress,” said the Slovenian who admitted that he had no idea about the details of his team transfer back to France.

Magnus Cort Nielsen played the local hero when the 29-year-old from the island of Bornholm made an early solo break and rode 130km out front with a permanent smile as he lapped up a wave of fervent applause, with enthusiastic youngsters running alongside him.

“It was euphoric, an amazing day,” said the EF rider after pulling on the polka dot jersey again having won on all six hills so far.

“The crowds helped me along, I gave it everything, I surpassed myself and so did they.”

After a wall of sound reverberated around Copenhagen on Saturday’s time-trial, vast crowds accompanied the Tour on its following two stages around the rest of the nation of 5.8 million, who took cycling’s showpiece to their hearts and turned out in droves.

Stage four is a 106 mile flat run from Dunkirk to Calais in the north of France before the race heads through the Alps and Pyrenees and heads back to Paris for its Champs-Elysees finale July 24.