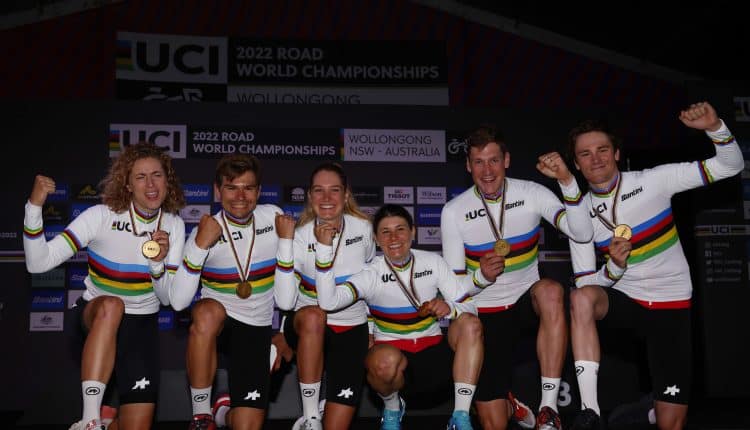 The Swiss team powered by European champions Stefan Bissegger and Marlen Reusser won the time-trial mixed relay at cycling’s road world championships in Australia on Wednesday in a race marred by Dutch star Annemiek van Vleuten crashing heavily. Bissegger, Stefan Kung and Marco Schmid set the fastest pace among the men before Reusser, Nicole Koller and Elise Chabbey brought it home in 33:47.17, fending off a strong surge from Italy to win by just 2.92 seconds. Australia came third and defending champions Germany were fourth around the 17.4 miles circuit at the coastal city of Wollongong, south of Sydney.

“We’re really happy, it means a lot to our country,” said Kung, who was second to Norway’s Tobias Foss in the elite time-trial on Sunday.

Reusser said their strategy in the 16-team race was to “go hard and finish hard”.

“But we wanted to go only so hard so that we could survive, so we really tried to be kind to each other and make it together. It was very, very good in this way,” she said.

But it was a disastrous day for the powerhouse Dutch team, the 2019 champions spearheaded by women’s world time-trial winner Ellen van Dijk.

National champion Bauke Mollema’s chain came off during the men’s leg and they finished 40 seconds off the pace after the opening loop as they handed over to the women. In a terrible start Olympic champion Van Vleuten crashed heavily just seconds after rolling down the ramp with what looked like a mechanical problem. Bruised and battered, she sat on the side of the road in shock with cuts to her leg as Van Dijk and Riejanne Markus tried to regroup, but could only finish fifth. Van Vleuten is among the favourites for the elite women’s road race on Saturday.

The time-trial mixed relay has only been a world championship discipline since 2019, and sees three male riders set off for a first lap of the course followed by three women coming down the start ramp to ride a second lap once the men cross the finish line. 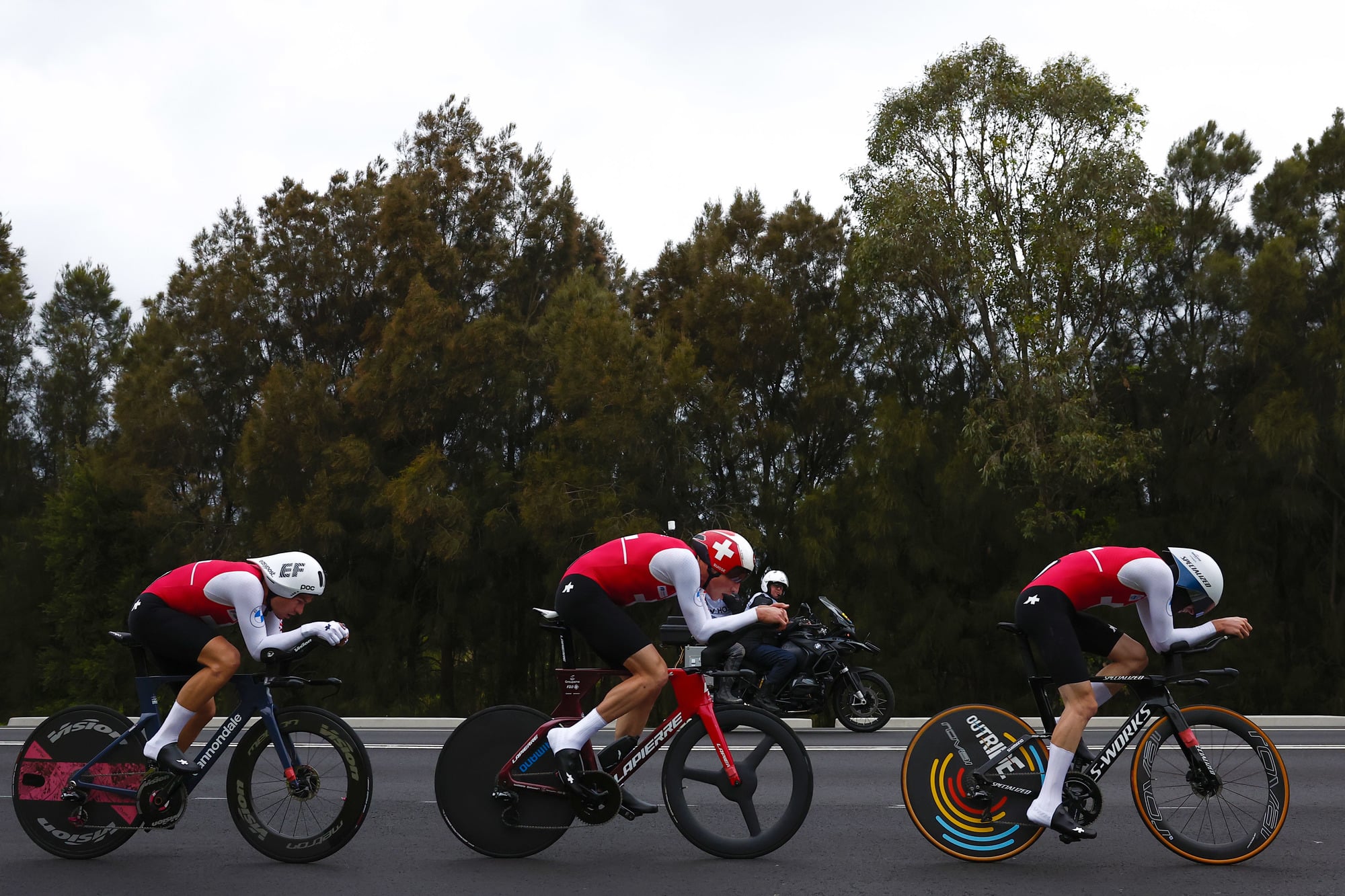 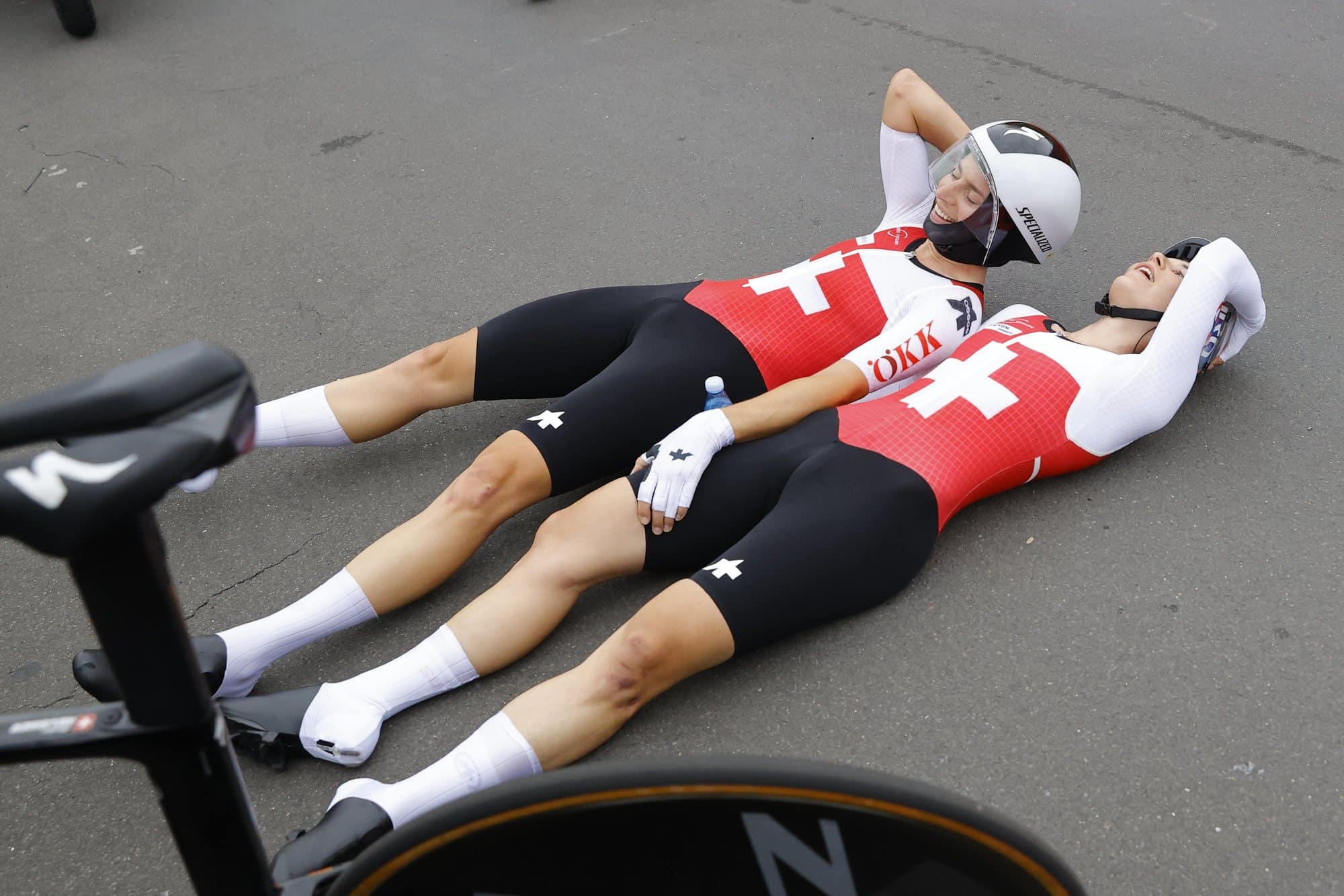