Notes on suffering and regrets 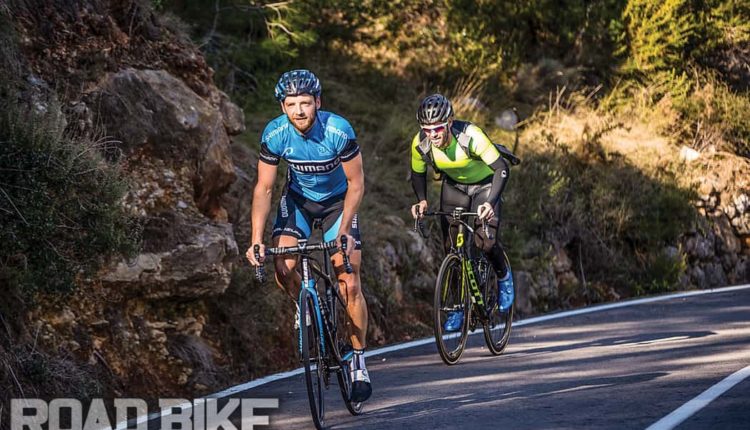 Karsten Kroon spent 16 years as a professional bike racer, and although he quit racing two years ago, he still measures how much dessert he eats and talks of frequently pinching his stomach to ensure that it retains the acceptable limit of flab (5mm). Today, in addition to owning a construction company in his home of Vroenhoven, Belgium, Karsten is also an R&D test rider for Shimano.

We met Karsten at the recent Shimano launch in Calpe, Spain, where he was kept busy pulling us around the mountains at an exhausting, nonstop (“easy”) pace. At the height of his pro career, Karsten won Stage 8 at the 2010 Tour de France, and in conversation he had some interesting insight into not only the world of pro racing, but also the mindset of a pro rider.

RBA: When it comes to disc brakes, you said that pro riders are hesitant not because they fear new technology, but rather getting hurt with untested technology.

Karsten Kroon: Yes, I mean those guys are on the limit all the time and, often, over the limit. These guys are professional racers, and they don’t want to be guinea pigs. It wasn’t until I quit racing that I began to think about the danger of racing. Everybody out there is afraid, but they suppress the fear. They know about living on the limit and taking risks, but they need to be 100 percent sure of the products they are riding. They know that disc brakes work, but unlike recreational riders, they not only think about the potential injury in a big crash, but also the threat to their livelihood.

The pros know that disc brakes work better in the rain, but they are still hesitant—not just because of safety, but they are heavier. Now that Tom Boonen has won a race with discs, I think it will start to change some minds because he is a great rider. But even with Di2, I think that if the UCI lowered the weight limit of the bikes, the guys would switch back to mechanical drivetrains just because they are that little bit lighter;  weight is always a big issue.

RBA: What is the biggest misconception that most people have about pro riders?

Karsten: Probably that we live like rock stars! I know people were jealous of me that I was living my dream, and I was, but it was always so hard. With all the training, bad weather and hard stages, on many days I had to fight against myself to keep going. Being a pro bike racer is not a fairy tale; in fact, it’s very monotonous. All I had to do was either be on the bike or lying in bed recovering!

RBA: What was it like to win a stage in the Tour de France?

Karsten: It was the greatest day of my life. I’m not supposed to say that because I have two children, but still, it was a great day, and it came in my first participation. I was very inspired to win that day, because the wife of a close friend had recently died, and I told myself that all I could do to pay my respect was to win a stage. It was a sprint finish between eight guys, and as soon as I won, I called my mother.

And then I called my father, who happened to be on a bike tour in Spain at the time. I had some hard feelings with my dad about how we got along when I was growing up, but when I told him the news, he started to cry, which surprised me, because I thought he didn’t care.

RBA: Now that bikes with more built-in compliance have become more popular in the WorldTour, has the popularity of stiffness begun to fade?

Karsten: The first things that pro riders think about are weight and aero. It is easy to identify the effect of a stiff frame by how quick it responds to the pedal effort. It’s much more difficult to measure the impact of a stiff frame on a rider’s body, but the bike brands also push those bikes to be used.

RBA: And what are your thoughts on being a bike racer these days?

Karsten: It’s insane! I can have a helicopter view of the sport now, and I haven’t missed it for a second. Still, I am proud for what I have accomplished, but everything must come to an end—that is part of the beauty of life.

Rokform For Smartphones and Bikes

On the Streets: Shimano SPD Sandals