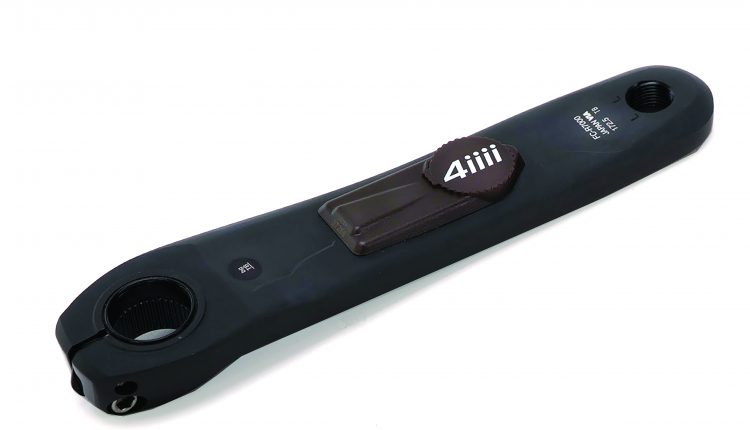 Canadian cycling tech company 4iiii adds a streamlined and more affordable power meter to their catalog of heart rate monitors and smart trainers for 2022. The Precision 3 is the latest iteration of the Precision series which was started in 2015 as an add-on strain-gauge pod that could be installed on an existing non-drive crank arm at the 4iiii factory in Alberta.

4iiii has updated the Precision 3 with a slimmed down strain gauge that is available pre-installed on Shimano 105, Ultegra and Dura-Ace crankarms or as an add-on through their factory install option. The 105 option is available for $325. Currently, only the 105, Ultegra ($375) and GRX 810 ($375) crankarms are currently in stock. 4iiii can attach the Precision 3 on a selection of crankarms, including those from SRAM, FSA and Cannondale via the factory install process. The factory install price is $325, the same as buying the 105 crankarm option.

At a claimed 6 grams the pod itself is one of the lightest options available, for comparison the Stages single sided power meter weighs 20 grams. Add in the ~3 gram CR2032 batter for the total 9-gram power meter package, a significant drop from the previous 25-gram Precision Pro.

4iiii extended the footprint of the gauge but decreased the width by half to improve frame clearance and frame compatibility options. This came in particularly handy when we installed the Precision 3 105 crank arm on our Bianchi Arcadex test bike. The Precision 3 cleared the frame by millimeters, something the previous Precision strain gauge would not have fit. 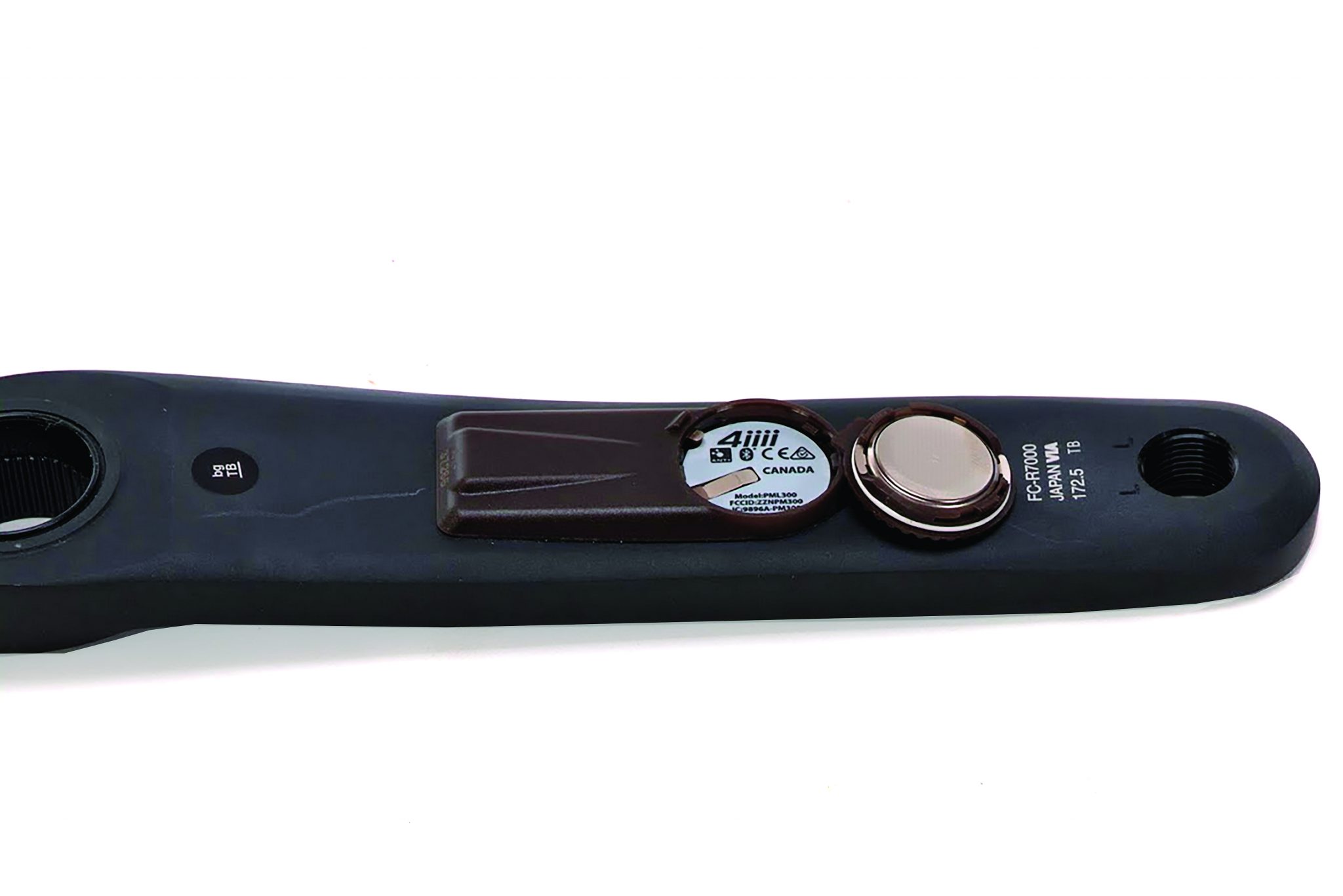 Speaking of the battery,  4iiii touts that one of the biggest updates to the system comes in the form of a claimed 800 hours of battery life. It’s a massive jump from the ~100 hours the Precision series previously offered. We’ve had just over 80 hours of testing ahead of the release with no problems. 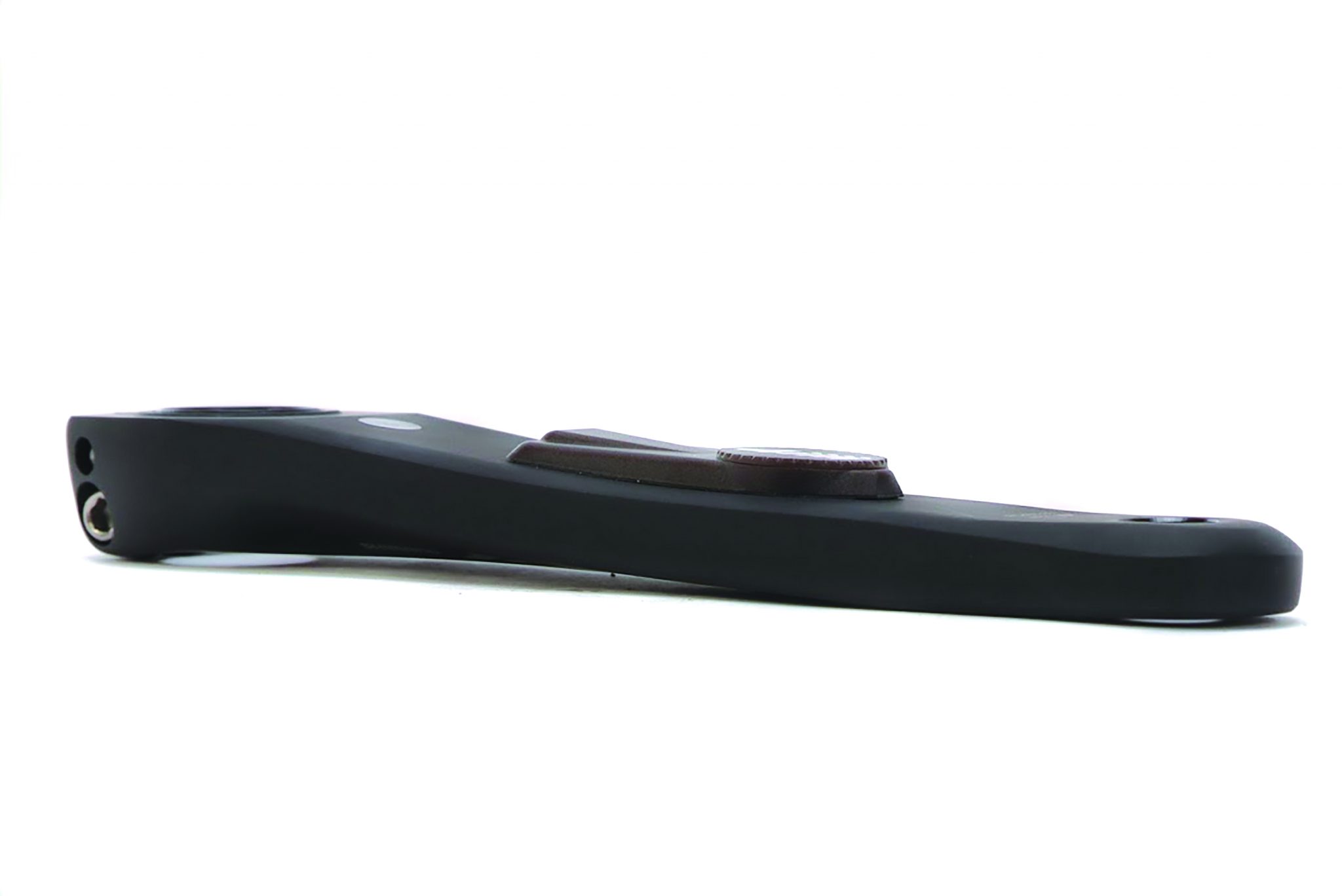 When shopping for power meters a handful of modern features are worth checking for. The Precision 3 checks many of the boxes and is competitive with other single-sided power meter options.

Currently, the Precision 3 is only available as a single-sided power meter. 4iiii calculates total power output by doubling the power recorded by the left side, 4iiii claims the power output is recorded with a +-1% accuracy. This is standard across many single-sided power meter options but it’s worth noting the highly accurate readings 4iiii’s 3D strain-gauge technology achieves with the 3 built-in gauges.

Connectivity-wise, the Precision 3 is ANT+ and Bluetooth compatible. Plus, firmware updates are performed wirelessly. Active temperature compensation and a set of colored LED lights to indicate battery life and pairing modes elevate the overall package.

Installing and pairing of the Precision 3 crankarm took less than 30 minutes. Calibration was finicky at first. We had trouble aligning the crankarm but once we found the sweet spot it was easy to get used to. We’ve swapped between multiple bikes and ridden road and gravel. During short sub-10 second efforts we noticed small anomalies but similar to the readings from our SRAM Rival AXS Quarq power meter and nothing out of the ordinary for a single-sided system. Of course, dual-sided power meters offer improved accuracy and more in-depth analysis, but with the recent updates the Precision 3 is one of our favorite single-sided options available.