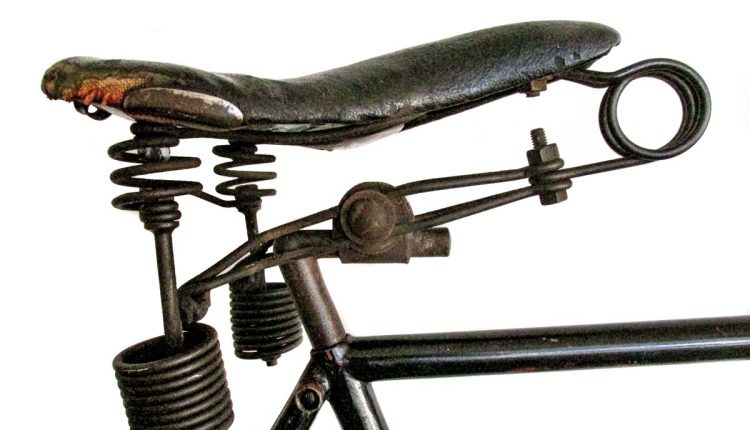 The snub-nose saddle has arrived, and with it altered notions of cycling comfort and performance

Let’s face it, when it comes to trying to encourage people to start cycling, one of the first objections that inevitably arises is about the saddle. We can talk all we want about how safety and the weather act as a universal reason that more people don’t ride bikes, but for most people, a bicycle saddle is akin to a torture device.

No matter that over the course of the last century there have undoubtedly been as many different saddle designs as there have been bike brands to use them. Simply put, a bicycle saddle is not the least bit alluring for anyone used to the comfort provided by the Barcalounger-like comfort of much of our contemporary seating options.

Over the course of the last year we have seen the proliferation of a new style of saddle, popularly referred to as either a “shorty” or “snub-nose” design. Like so many other innovations, this one, too, trickled down from the pro racing ranks where riders typically, and for good reason, spend countless hours on (and off) the bike considering how to achieve new and improved performance in their bike setup.

The idea seems simple—why bother using a long saddle if you never really sit up on the nose? And when you do, it’s just an uncomfortable perch. By eliminating the narrow nose section of the saddle, the shorter design allows riders a wider and more comfortable position (albeit within a more restricted space) for the majority of time they spend on the bike. It seems that having less saddle surface also allowed some riders to change their positioning for more efficient pedaling and tuck.

Of the various rationales we’ve heard for using short saddles, we’ve been amazed that no one has made claims about weight savings. Comfort, it seems, has finally climbed to a higher step in performance-minded thinking than weight. Shocking, but it’s about time!

Whether you are a rider who prefers more of a cradled position or not, it’s important to remember that more than any other component on the bike, finding the right saddle is the most subjective and personal choice you can make. Many saddle makers are now offering a ride/return policy that lets you test ride the saddle first.

The Specialized Power saddle has been turning heads since 2015, and it’s been the best selling of the bunch we tested. Starting at $120 for the entry-level Power Comp version with chromoly rails and up to the S-Works version with carbon rails and mold, Specialized has a saddle option for nearly any-size pocketbook. 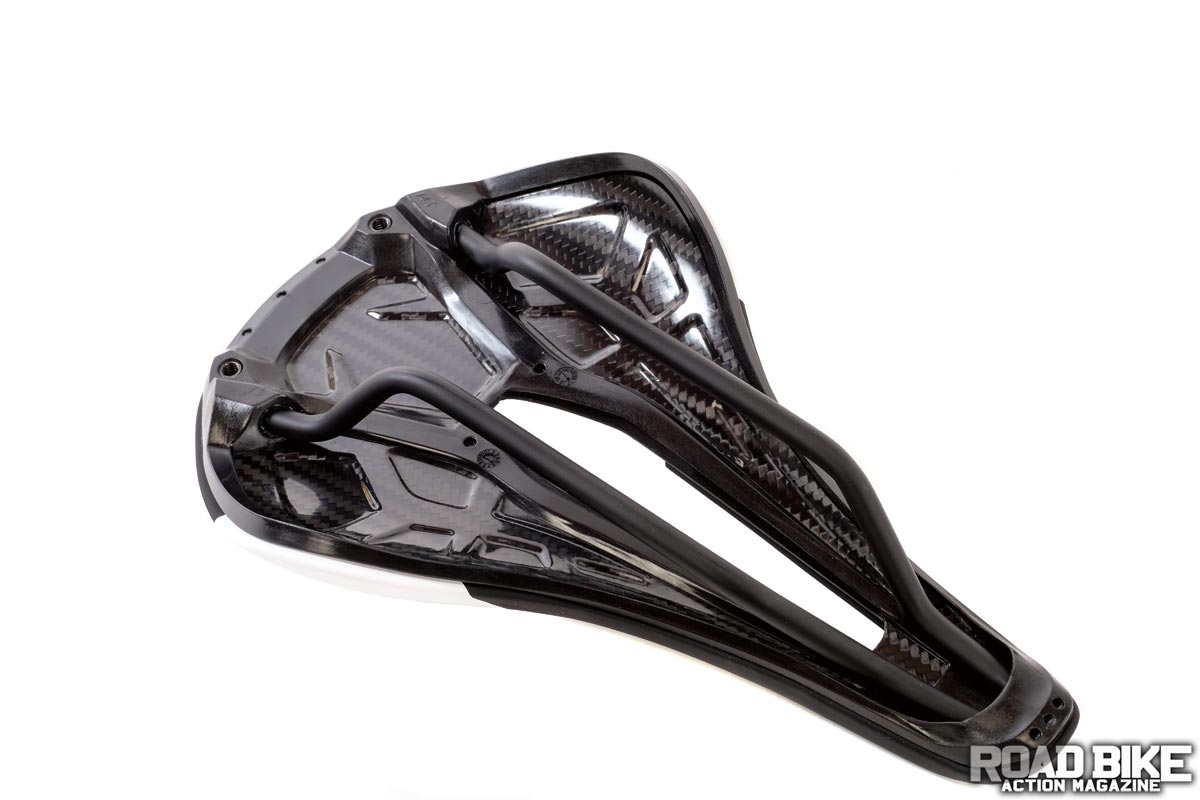 Available in 143mm and 155mm widths, the Power saddle first broke short saddles into the mainstream a couple of years ago. We found the 240mm-long Power Pro saddle simple to find the proper position on thanks to its traditionally shaped rear end. The minimal padding made rolling your hips forward to get to the drops easy, with less material inhibiting the pelvis from rotating. The Power Pro Elaston uses 7×7 titanium rails while, the S-Works Power saddle has oversized 7×9 carbon rails and is significantly stiffer than the other saddles in the Power series, but your local Specialized dealer can help find the ideal saddle for you.

• The S in S-Works is stiff

The Pro brand is owned by component company Shimano. Pro draws from Shimano’s industry muscle to revamp many popular products already on the market. That’s why it is no surprise the 7×7  stainless steel, 255mm-long Pro Stealth saddle is one of the best-selling short saddles on the market. With 7×9 carbon rails and available in two widths—142mm and 152mm—the Stealth Carbon has its own take on the short saddle design. Unlike other short saddles, the Stealth is 45mm wide at its nose, significantly wider than the Specialized Power and Prologo Dimension saddles. This allows the rider to use multiple saddle positions with a wider contact point below them. 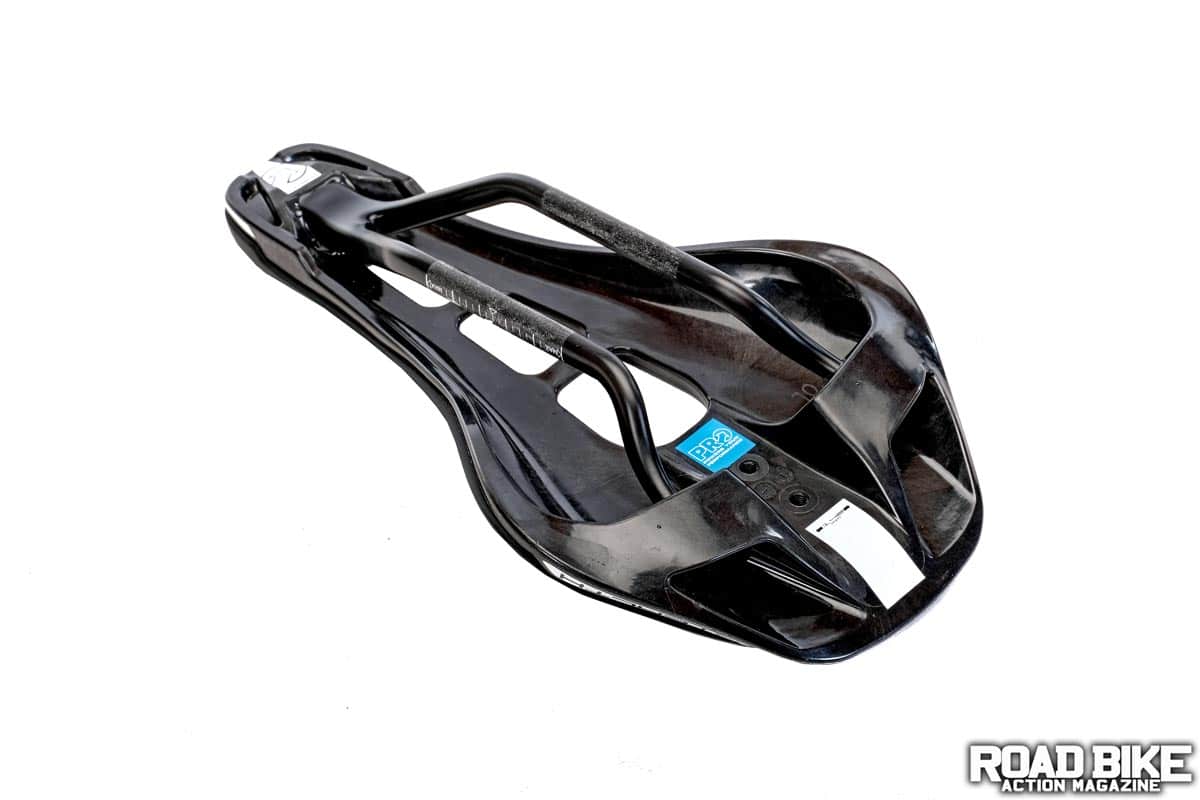 With the additional saddle position, shifting into the drops or scooting forward on the saddle was more comfortable for our sit bones during hard efforts. However, the wide nose did rub on our thighs, which, while annoying, never caused any chafing.

• Wider nose than the rest

• Watch out for thigh rub

Prologo is the high-end marque under the Velo Saddles brand, which is a world leader in bicycle saddle production. The Prologo Dimension Nack saddle was the lightest of the group. The 160-gram saddle is 245mm long and is available in 143mm and 153mm widths. Much like Specialized, Prologo offers a range of prices for the Dimension model, from $99 to $259. The Dimension Nack also features oversized 7×9 rails and a thin carbon mold. Prologo’s Dimension shape is similar to the Specialized Power saddle, with a thin nose and a 143mm rear end.

The Prologo had us in a supported position that was the most comfortable for our sit bones, and we found ourselves staying in it while climbing and during harder efforts. We noticed the Dimension flex out on the road, but that added to the perineal pressure relief.

• Lightest in our test

• Don’t confuse it with a Specialized

Don’t let the cut-out shape of the Infinity E2 deter you from giving it a try. We know cyclists who have literally kept riding only after using the wildly sculpted saddle. The wide-open design delivers on Infinity’s promise of perineal pressure relief. Infinity also claims that the E2 can be run at whatever angle the rider deems comfortable. This claim caused some initial confusion during setup, because the saddle never felt uncomfortable whether the nose was pointed up, down or level.

Handmade in Southern California, the Infinity E2 is 250mm long and 165mm wide. The saddle is wrapped with Italian leather and rides on alloy 7×7 rails. The 7×7 rails make it compatible with traditional seatpost clamps. 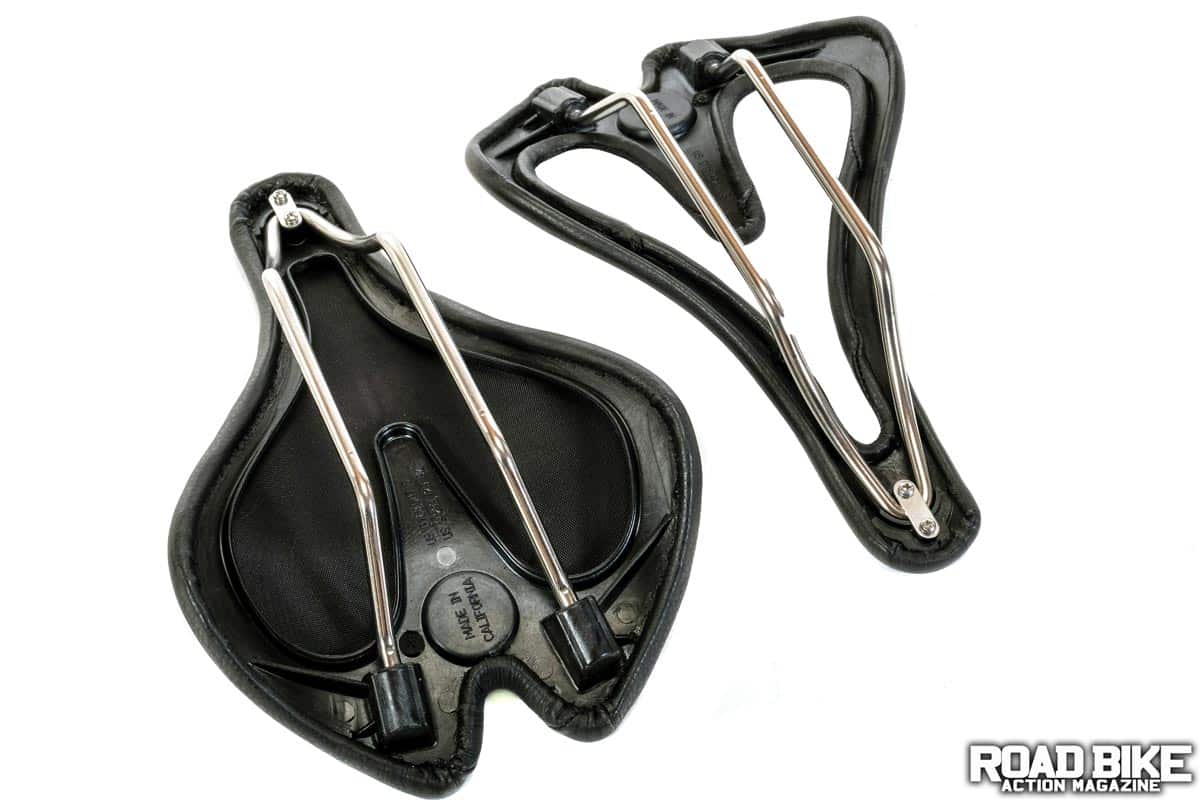 Knowing that for some cyclists the odd look of the original E2 model might not be their cup of tea, Infinity is also making available a more traditional-looking version, which is essentially an E2 with a covered center. The added material of the 274-gram E1X creates different pressure relief and ride characteristics. Both saddles share
the same dimensions, rails and leather cover.

Our test riders were impressed at how the E2 relieved all perineal pressure. The E2 is also incredibly flexy, but the lack of stiffness adds to the pressure relief. It is ideal for those with perineal inflammation. The amount of flex makes it feel like it has a spring and is not ideal for peak performance, but when comfort is your priority, then this is the saddle to consider.

Compared to the E2, the E1X does a good job of evenly dispersing the pressure throughout the saddle since it is so wide. However, lacking the “cradled” feel of the E1X, we had a harder time finding an ideal position and staying in it.

• Comfort comes at a cost 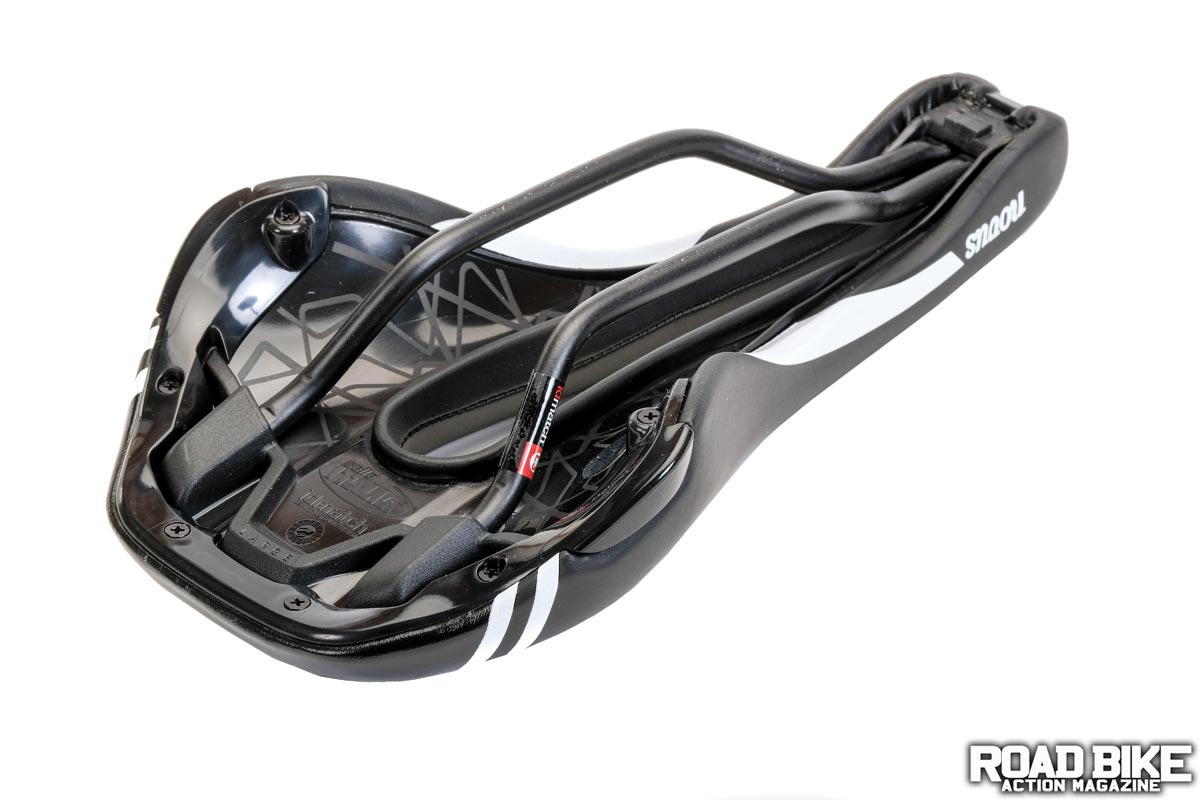