Small hoops for a big roll 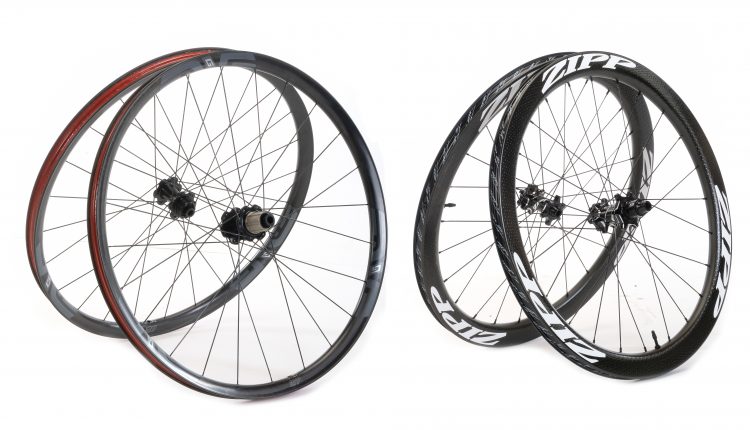 Zipp versus Enve, a 650b shootout

If there have been two pillars of gravel technology that loom above the rest in terms of advancing the breed, it would have to be those dedicated to frame and wheel design. As we all know, big tires encourage off-road pursuits, but without a frame designed to welcome oversized rubber, it’s all just talk.

With both frame and wheel manufacturers now going all in on developing products to meet the varied needs of multi-surface rides, one solution has been the embrace of the 650b wheel. Historically found on early touring bikes and specifically used for smaller-sized frames, the 650b wheel is fast becoming a go-to solution for running bigger treads.

Of course, it was just over a decade ago that the 650b wheel (27.5- inch in mountain bike parlance) famously displaced the traditional 26-inch that the dirt bike world was predicated on. As mountain bike wheel fads come and go, the 27.5 has currently begun to lose spec in favor of the larger 29-inch wheel (700c in road bike parlance).

Technically speaking, the 650b wheels differ from 700c with a bead-seat diameter of 584mm compared to the 622mm measurement found on 700c wheels. Since the purpose of the smaller-diameter wheel is to be able to run a bigger tire, 650b wheels have also embraced a much wider tire bed. By virtue of its added girth, a wider tire has more volume, therefore it can be run at a lower pressure, which creates a smooth ride with more traction. Simple, right?

We decided to put a pair of 650b wheels from two groundbreaking carbon wheel brands to the test—Zipp’s 303 Firecrest and Enve’s G27. Both of these wheels feature the basics for gravel riding—tubeless-ready and disc brake-specific with a wider internal width. Tubeless tires require less pressure, and disc brakes respond quicker with less action of the lever. 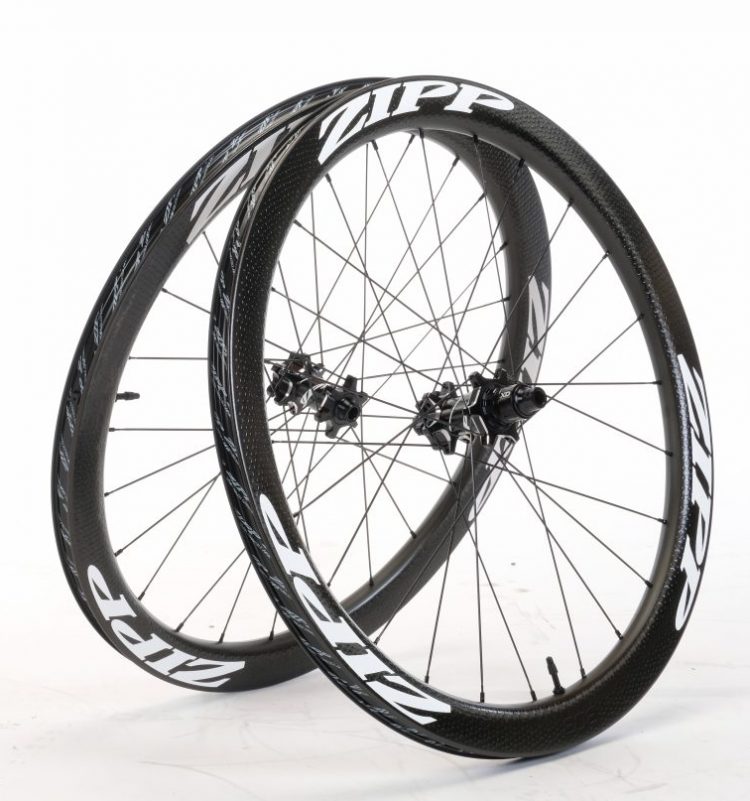 ZIPP: Now under the SRAM family of brands, Zipp has done more than simply create a smaller version of their popular 700c 303 Firecrest rims. While they are still 45mm deep, the 650b rims have a specific carbon layup for increased impact resistance compared to the 700c wheels. Both wheels use 24 straight-pull Sapim CX Sprint spokes laced asymmetrically with external nipples. Zipp added a lip to the inside of the rim to better hold tubeless tire beads and increased the internal rim width to 21mm (from 17mm) to accommodate wider tires. They recommend using at least a 28mm tire on the wheels.

Zipp’s proprietary Firecrest design is intended to reduce aerodynamic drag and has been a signature feature of their rims over the past five years. As air rushes past the rim, the blunt-nosed shape, along with the dimpled pattern, sheds the wind more efficiently than V-shaped rims and helps add front-end stability.

At the center of it all, Zipp uses their six-bolt 77D and 177D hubs in the front and rear respectively. The rear hub is compatible with SRAM, Shimano and Campagnolo cassettes and SRAM XDR bodies. Our test wheels were equipped with the XDR option to accommodate a 10-42 cassette. Included with the wheelset are QR, 12mm and 15mm thru-axle end caps, quick-release skewers, tubeless valves and rim tape.

All of the Zipp wheels are made at their factory that sits in the shadow of the Indianapolis Speedway in Indiana. 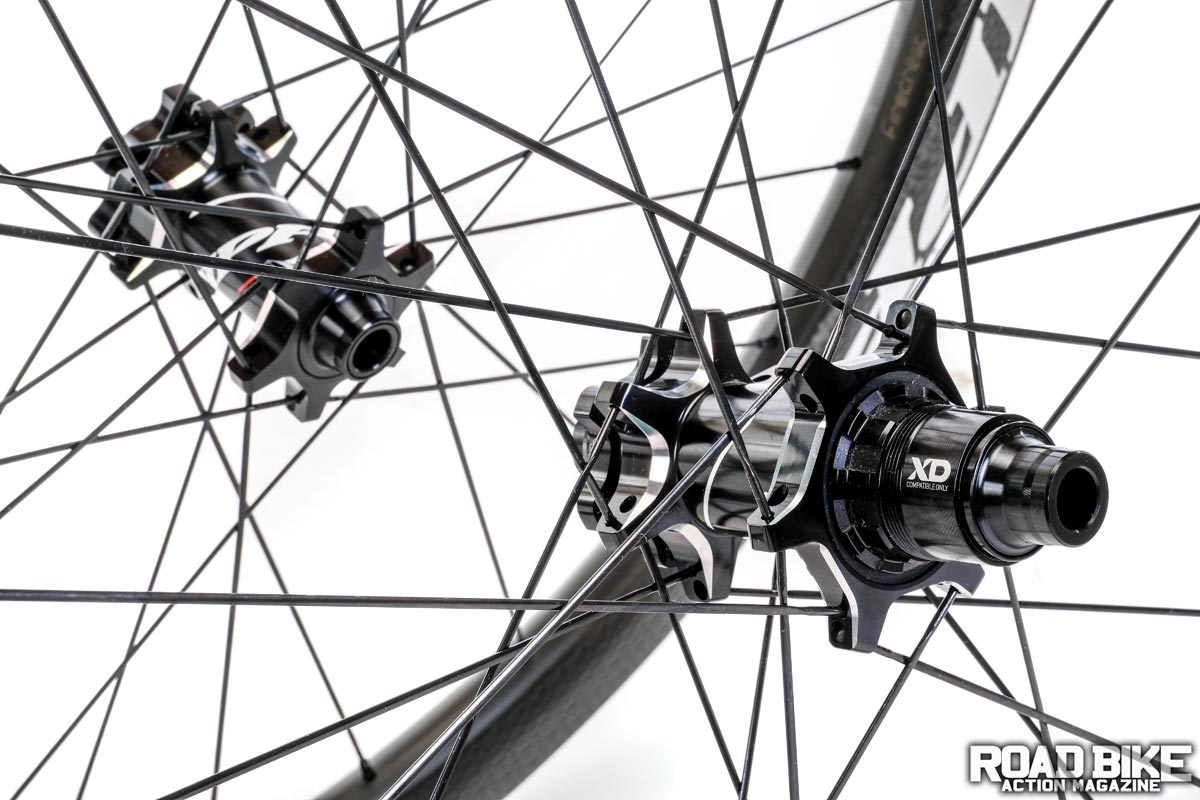 ENVE: Released alongside the taller 700c G23 last year, Enve’s G27 is designed to tackle many of the problems road-specific wheels face when used for off-road conditions. The 25mm-deep G27s resemble a mountain bike rim but still stay light like a proper road wheel. They have a 27mm internal rim width with a total wheelset weight of 1252 grams. 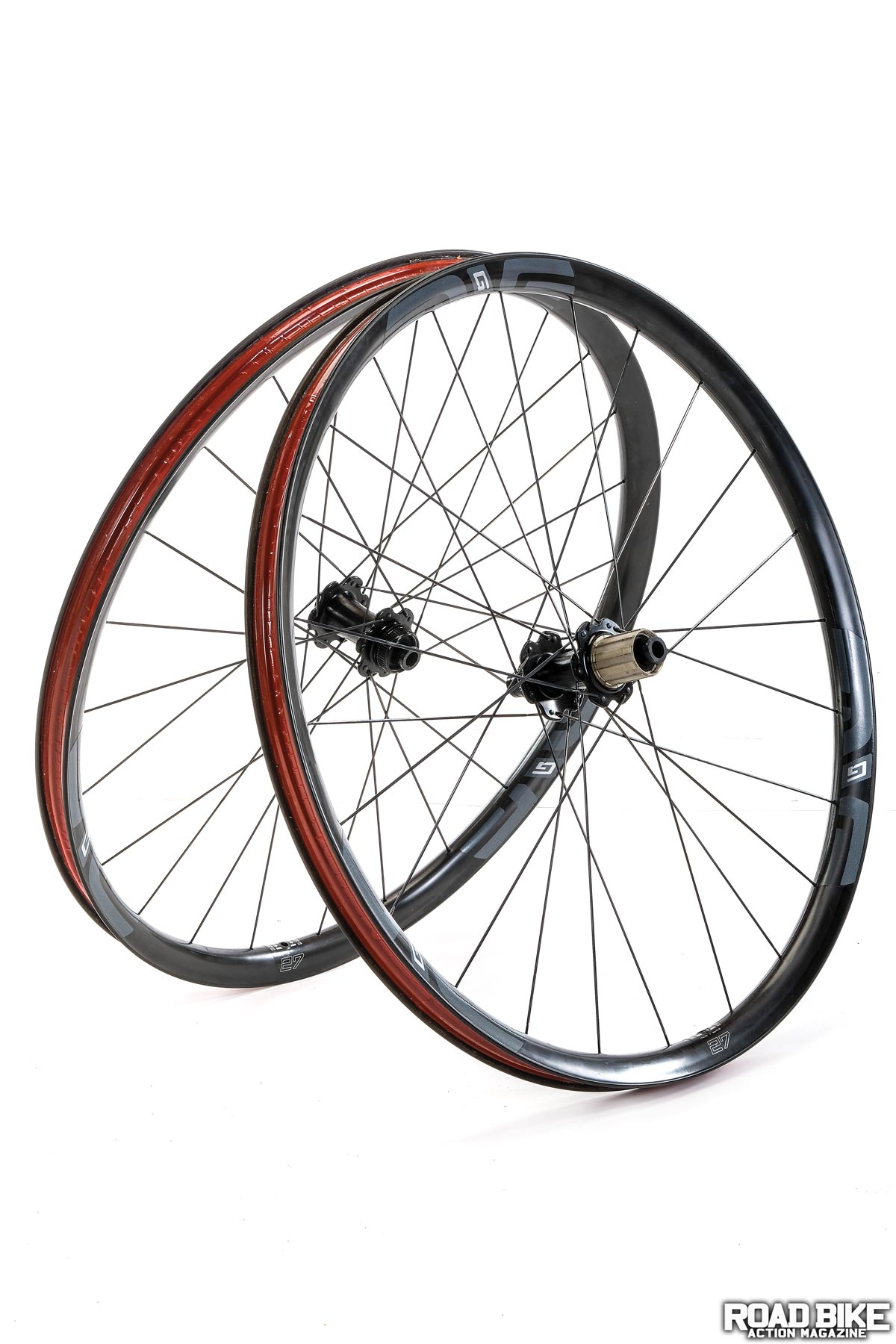 Enve used a bell-shaped rim to increase tire deflection, which in turn can reduce pinch flats. The improved deflection allows tires to better absorb obstacles thanks to the rim’s hookless bead. Enve suggests using no smaller than 42mm tires on the G27s.

New to the Enve wheels are their aluminum in-house-designed hubs. They have CenterLock rotor mounts, and the rear hub has 40 points of engagement. The hubs use stainless steel bearings and races for optimal wear resistance. The G27s are laced with 24 J-bend Sapim CX Ray spokes with internal nipples. The new hub is compatible with Shimano/SRAM, Campy and SRAM XDR drivers; we ran the former.

To see as closely as we could how these wheels compared to each other, we spent the same amount of time we would for a typical wheel review, but to complete the shootout, we rode a 12-mile loop of asphalt and fire road through the local mountains. We mounted a pair of tubeless IRC Boken 47mm tires and inflated them to 23 psi in the front and 25 psi in the rear. The ride began with five miles of mixed-surface climbing at an average of 6 percent for about four miles of rocky fire-road rollers and descents until the final few miles back on tarmac complete the loop.

ZIPP: We started out with two out-of-the-saddle efforts at the start of the climb, and the Zipps felt stiff and agile. The 1489-gram wheelset isn’t as light as the G27, but they’re definitely not heavy. On the rockier section of the climb, the wheels jarred us around as we zigzagged around rocks. Looking back at the numbers, our time on the climb was an average of 17 seconds faster on the Zipps.

Over the rollers the rigid wheels and spokes were welcomed, and the extra power transferred to reach each summit was appreciated. However, our times down the twisty descent were noticeably slower on the Zipps. We have no problem sendin’ it—just follow Zap down a singletrack—but on the Zipps we had to catch ourselves a few times avoiding rocks, roots and other trail debris. 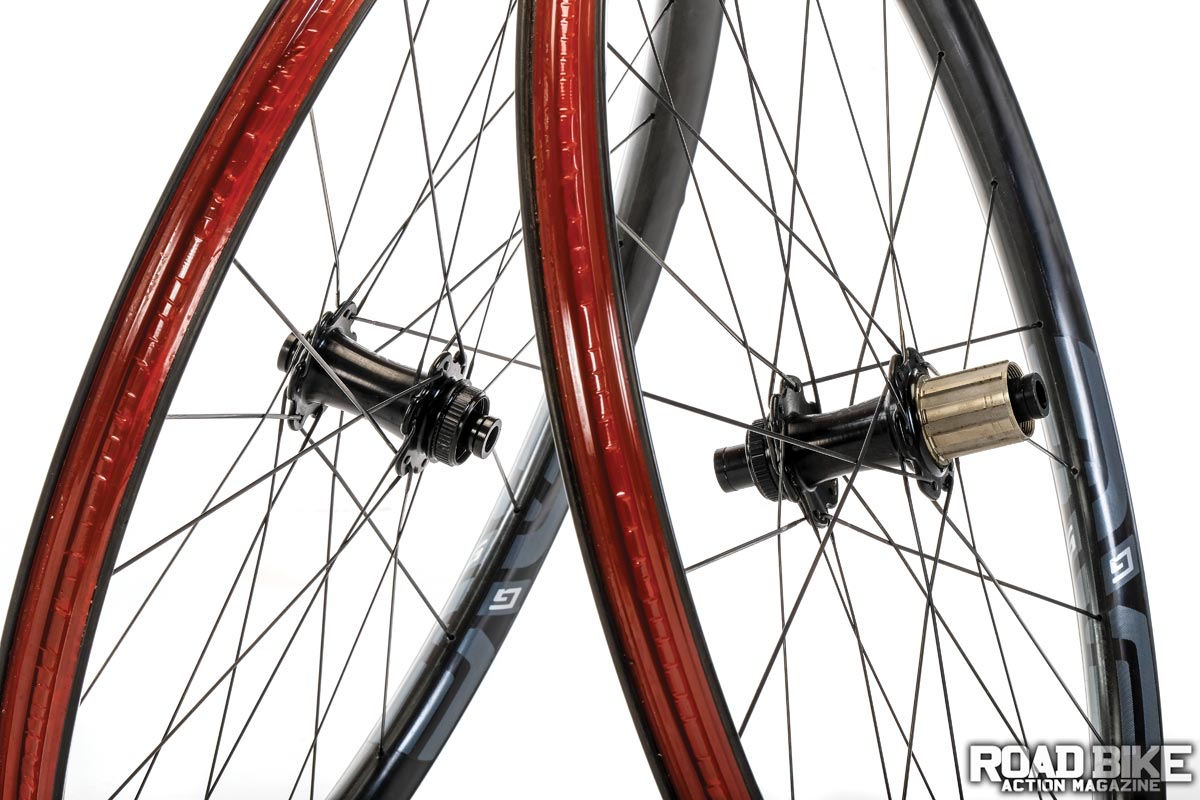 ENVE: Up the paved beginning of the climb, we put in the same two out-of-the-saddle efforts, and the wheels felt nimble but not as stiff as the Zipp’s. Climbing on the dirt with the G27s is where we noticed the addition of the new Enve hub the most—short bursts out of corners and around switchbacks felt responsive. The G27s handled the rollers ideally; they were stable on the descents and quick to spin up the climbs.

The fire-road descent is where we felt the G27’s unique design come into play the most. As we cruised down the fire road, the G27s gobbled up the roots and spit out the rocks. The level of tire deflection was confidence-inspiring.

When comparing times, we ended up shedding 56 seconds off our overall time with the Enve hoops.

We like that both Zipp and Enve have aggressively embraced the gravel scene, as it only gives credence to the reality that gravel can no longer be thought of as a fad. As more and more frames are built around wider tires and disc brakes, you can expect to see a wide adoption of 650b in favor of 700c on the road.

Both of these premium wheel makers bring something different to the gravel game, and while not entirely scientific, Enve’s all-in-one gravel wheelset performed the best in our shootout lap times that were consistently faster. We compared weights between the Enve G23 and Enve G27 (with wheel, tire and rotor) and found less than a 100-gram difference.

The G27’s gravel-focused design makes it a popular wheel in the dirt. Zipp’s 303 650b design is intended to be different, but there is room for the wheels to improve to be more dirt-friendly (wider internal width). Depending on the terrain near you, the 303’s deep rim and stiff spokes may serve you best. It is a speed-oriented wheelset that performs best over rollers and on the flats.