8 Techniques to Be Faster, Safer, and More Confident in Corners 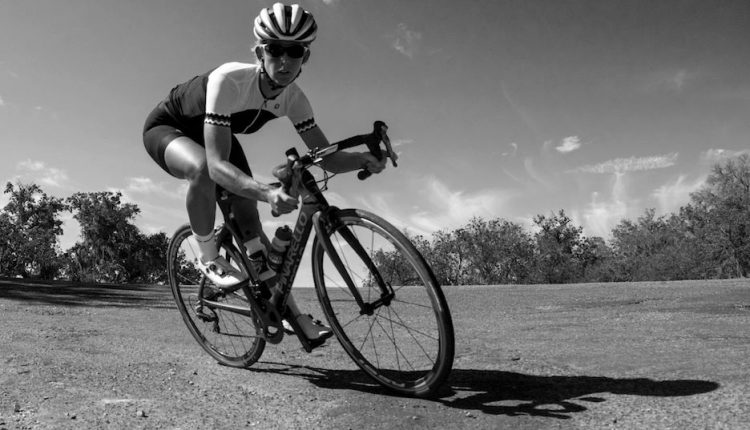 For a long time, petrol heads derided American muscle cars for being great in a straight line and utterly useless when they encountered a corner. European performance cars, they argued, were designed for drivers. They had power for speed but also advanced suspension, steering, and weight distribution for superior handling. Well, cyclists can sometimes be thought of in the same way. Having a huge aerobic engine may enable you to go fast in a straight line, but the ability to get around a corner makes you faster in real-world conditions where there are… you know… corners.

Just as being good at descending isn’t about bombing downhill at dangerous speeds, being good at cornering isn’t about always pushing the limits of traction and physics. It’s about being skilled and using good judgment. Whether you’re a beginner who is timid in high-speed turns or a veteran who could use a refresher course, use these tips to be fast, safe, and confident in turns:

1. Focus on the Setup

How you enter a turn plays a huge role in the line you’re going to take and the exit you’re going to have. Ideally, set up wide so you can turn in toward the apex of the turn. This isn’t always an option, however, based on where you are in a group, so practice cornering from non-ideal approaches as well.

Brake before the turn so you enter at a speed you could conceivably maintain through the whole corner. Coming in too hot means exiting wider than you anticipated or scrubbing a lot of valuable speed to stay on the road.

2. If You’re in a Pack, Back Off the Wheel Ahead

To minimize the impact of the accordion effect on your momentum (the back of the back accordioning into the front as the front brakes for a turn), back off the wheel ahead of you slightly so you have some space to roll into as that rider slows down. It takes practice, but when you get the hang of it, you can dramatically reduce your need for hard accelerations out of corners by slowing less going into them.

The people around you are braking harder and accelerating harder while you’re using the space between riders to maintain momentum. If you’re in a competitive field, however, be wary of backing too far off the wheel ahead of you, lest you lose that position to someone looking to move up toward the front!

3. Corner in the Drops

Certainly you can get around turns with your hands on the brake hoods, but if you want to go faster and maximize traction, get in the drops. You’re shifting your weight distribution to be more equally split between your wheels, and most important, putting enough weight on your front wheel to avoid sliding out. You’re also slightly lowering your center of gravity, which helps with stability.

4. Focus Your Weight on Your Outside Foot and Inside Hand

Your weight on your outside foot positioned at the 6:00 position is your traction control. Pressure on the inside hand (the hand toward the inside of the turn) is your steering. A lot of people talk about countersteering and this whole idea of turning left to go right. It works, but I think there’s a simpler way to think about it and visualize it.

As you’re going into the corner with your weight on the outside foot and you start to lean the bike, push your inside hand forward and down into the corner. If you need to adjust your line to be tighter, push harder/further with the inside hand. If you need to adjust your line wider, ease up on the side hand. Your body leans less than the bike to keep your center of mass closer to the tires’ contact patches on the ground. You’re anchoring your traction with your outside leg and modulating the lean angle of the bike with the pressure applied to the inside arm.

5. If Conditions Are Wet/Slippery, Lean Less and Try to Make the Arc Longer

When roads are wet or you’re on sand/gravel, you have less traction. Cornering aggressively (high speed, lots of lean on the bike, tight line) requires a lot of traction, so when things get slippery you have to corner more gingerly.

Slow down more before the turn than you would in dry/clean conditions. Keep the bike more upright. Make the arc of the turn longer/wider so you’re changing direction over a greater distance. Basically, you’re trying to avoid sudden movements like dramatic steering or diving into the apex.

6. Look Through the Turn, Not at It

See that hole in the middle of the corner? If you keep your eyes on it that’s exactly where you’re going. Notice where it is as you come into the turn and then look beyond it to where you want to go. It’s the same idea as looking farther ahead in a group or paceline rather than at the wheel ahead of you, or looking at a point far away while trying to walk a straight line.

Over the years, I’ve noticed that riders who are more stressed out (about riding/racing or about lifestyle stresses) are squirrellier in corners. I’ve noticed it about myself at times!

When I talk with athletes about it, a common thread often relates to vision or where they’re looking. When you’re stressed your field of vision and focus tends to be close in. When you’re relaxed you’re able to extend your focus forward, through the turns, down the trail, past the immediate obstacle.

CTS Athlete Rebecca Rusch (winner of multiple World Championships, Leadville 100 titles, and Dirty Kanza 200 titles), who is coached by Dean Golich, once mentioned that a key for her to get faster on a mountain bike was learning to pedal more. The pedaling in mountain biking is often more intermittent compared to road cycling, but by focusing on pedaling more in places she would have previously coasted, she went faster overall. For road cyclists, the scenario applies more to cornering. Coasting through a corner is often necessary, but if you can pedal longer before you start coasting as you enter a turn (learn to go in with more speed as you get more comfortable cornering at speed) and start pedaling again sooner on the exit, you’ll go faster.

What You Need to Know: SRAM’s All New 12-Speed Road Drivetrain

7 BEST TIPS TO MASTER A PACELINE