Being There: San Dimas Stage Race 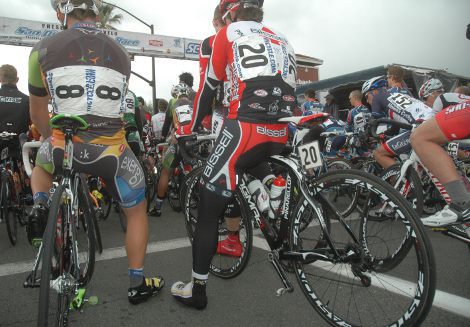 For the second year in a row, the San Dimas Stage Race was dogged by cold & wet weather. While the Friday uphill TT was cold, riders in Saturday’s road race were not only cold, but drenched by a winter storm that sent many riders back to their cars before their races were over. After intermittent sun broke out, by the time the Pro men lined up (above) for the Sunday afternoon criterium in downtown San Dimas, the temps had dropped – arm & knee warmers seemed the most sensible clothing option. 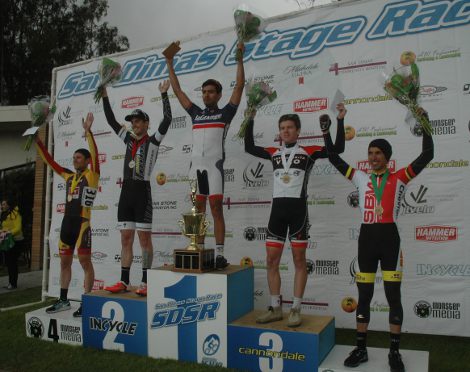 For anyone who has, or who will, read our sensational & upcoming May “Euro Issue”,  the RBA test rider seen on the Wilier Zero 7 test bike on page 75 is also Santa Clarita Velo rider Anthony Sisco who finished third overall for the weekend. Good ride Anthony! 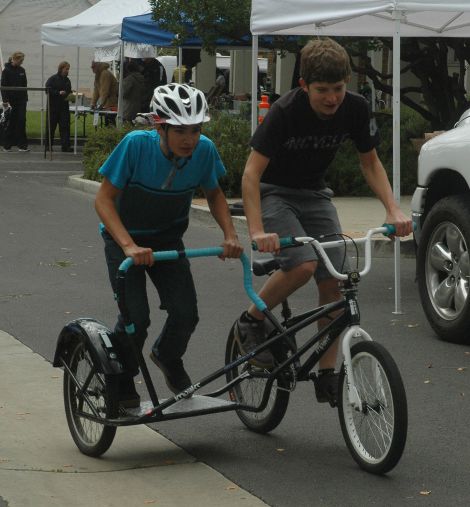 Okay, this is strange, but in the last month I have seen a BMX sidehack on three occasions in three totally separate regions of California. This dynamic duo was warming up for the kid’s race. They didn’t win. Anyone remember the BMX sidehack duo of John Palfreyman and Doug Takahashi from the ’70’s? 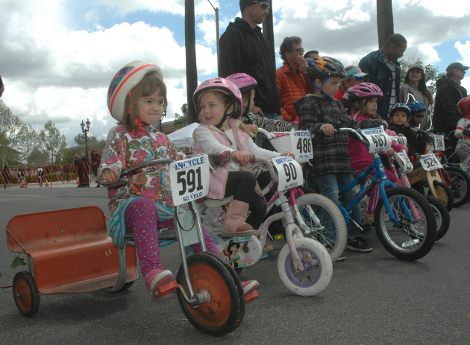 Speaking of the kids race, winning the unofficial “run what’cha brung” contest was this cutie-pie who rolled up to the line with her own version of a passenger seat. Czech out the race face! 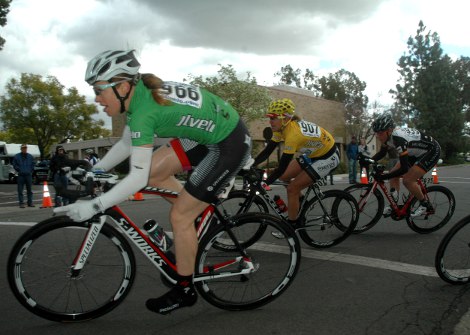 Kristin Armstrong remains one of America’s best women racers. With her yellow leader’s jersey intact, Kristen led the chase group during the day three criterium to maintain her lead for the overall win. 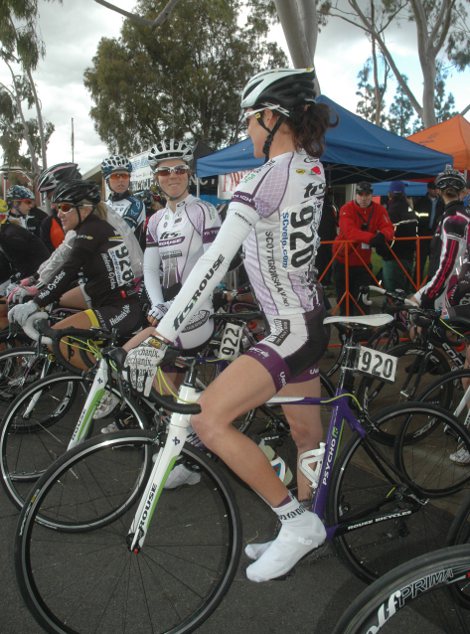 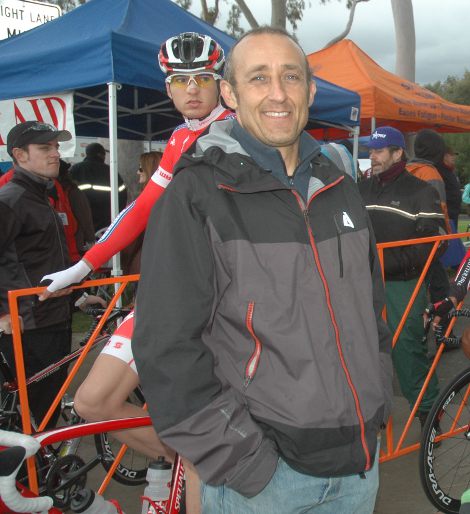 Sure, just another old guy right going on about “back in the day”, right? Well, yes, but not just any old guy…this is American legend Roy Knickman who first made a name for himself in Europe on the La Vie Claire and 7-Eleven teams before killing it for years on the Coors Light team back in America. Besides coaching young riders, Roy has made a return to racing in the Masters class with the Breakaway From Cancer team – welcome back Roy. 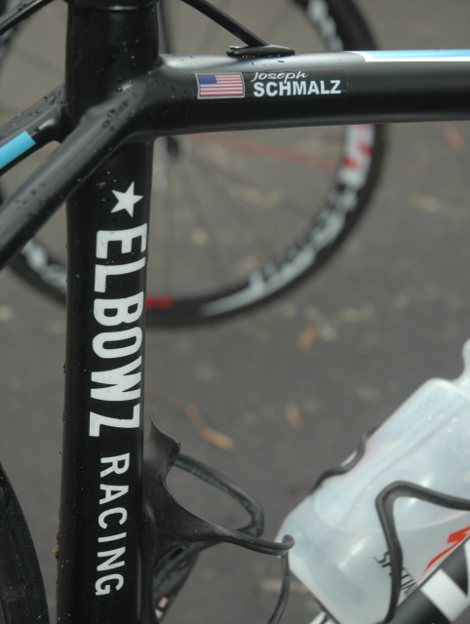 The Ben Spies backed Elbowz Racing team made the drive to San Dimas from Dallas, Texas to get warmed-up for next weekend’s Redlands Classic. Joseph Schmalz survived the elements and won the Pro road race while Kenda/5 Hour Energy rider Andy Jacques Maynes won the overall. 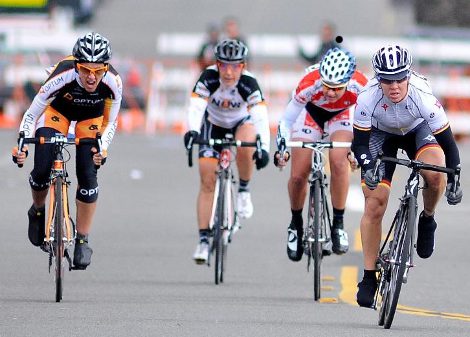 San Dimas was hit with some interesting weather over the weekend making the racing an epic experience on Saturday but the final stage brought dry weather again and the criterium stage was aggressive from the get go.

“We wanted to be aggressive,” said team director Ronny Lauke. “The aim was to make it hard from the beginning and try to create a winning situation out of a break whilst always looking for opportunities to try to get Clara away for GC.”

After only 18 minutes of the 55-minute race, Teutenberg followed an attack and the winning break formed. The break stayed away until the finish and Teutenberg won the sprint.

“Ina was awesome,” said Hughes. “As soon as she was in the breakaway, we knew the race was won for us. It was a great weekend for the five of us to work together as a team, to have Ronny back with us and to come together for some good efforts to set us up for the coming races in Europe.”

“It felt good to be in the break today,” said Teutenberg. “I always enjoy this criterium and I love to race it hard.”

Being There: Breakfast at Milano-Sanremo: