Schleck brothers on podium a first for the Tour 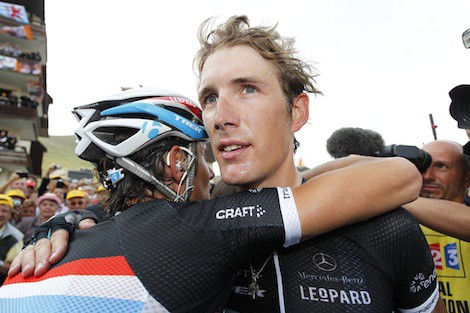 Luxembourg cycling siblings Andy and Frank Schleck are set to make history Sunday when they become the first brothers to finish on the same podium of the Tour de France.

Cadel Evans will make history as Australia’s first winner of the world’s premier cycling event when the peloton rolls into Paris for a 21st and final stage traditionally disputed by the sprinters.

Andy Schleck, 26, sits second overall at 1min 34sec behind BMC leader Evans while Frank, 31, is third overall at 2:30 and has a 50sec lead on Frenchman Thomas Voeckler. Unless Europcar leader Voeckler defies final stage protocol in an attempt to knock Frank Schleck off the podium, they will become the first brothers to share a podium in Paris since the race was first held in 1903. 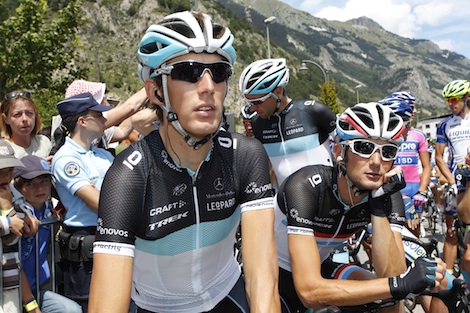 Prior to the Schlecks other brothers have raced together on the world’s premier cycling event. Henri Pelissier, the winner in 1923, raced with much success alongside his
brother Francis in the 1920s.

Together, the four Petterson brothers from Sweden won four world titles in the now defunct 100 km time trial and two Olympic medals, a bronze in 1964 and silver in 1968. All four brothers turned professional with the same team, with Gosta Petterson finishing third overall on the Tour de France in 1970. He won the Giro d’Italia the following year.

Frank and Andy Schleck have already shared a podium in other top races. In April they finished second and third respectively behind Belgium’s Philippe Gilbert at the Liege-Bastogne-Liege one-day classic.
Road Bike Action/?AFP