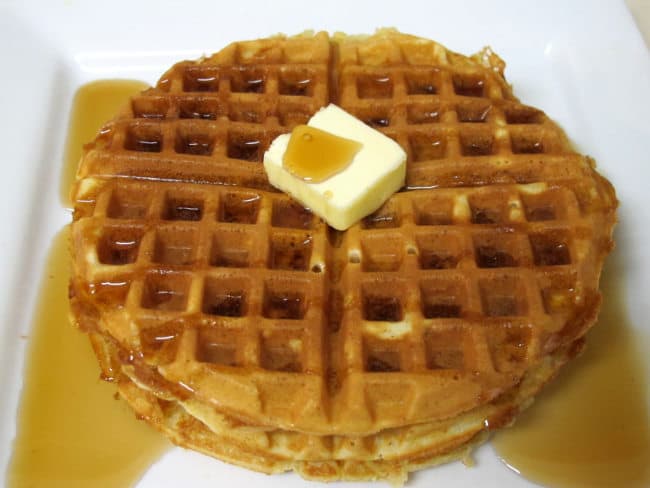 ‘Belgium has been for a century the epicenter of international professional cycling in the early spring race season, and the SPY Belgian Waffle Ride is an homage to the storied history and folklore of bike racing in that region-a tribute to the incredibly arduous competitions staged there, and a celebration of our cycling heritage as a brand,’ says Michael Marckx, SPY president, CEO, and creator of the event. ‘With some similar terrain to Belgium that North County offers, we’ve done our best to emulate the race experiences of rural Ghent, Wevelgem, Flanders, Liege and Bastogne, with wearisome rolling hills, steep climbs, gravel and dirt roads, water crossings and a distance that few racers will ever contend with in the United States. We’ve also baked-in a fun Belgian breakfast and dinner, a whole lot of twists in the way of awards, and there’s a great foundation (CAF) that we’re excited to support through donations this year.’

The uniquely challenging event kicks-off at 6:30 a.m., April 7, with a catered breakfast for the 150 participants, replete with authentic Belgian waffles. The ride ensues at 8:30 a.m. with a 20-mile ‘neutral’ processional through Carlsbad and Oceanside, before things heat up around the 100-mile-to-go mark, where the first of 15 categorized climbs begins with dirt, water and mud thrown in to accentuate the 10,000 feet of climbing. Riders will be treated to food and beverages on-course from a variety of sponsors, while contending for Sprint, King of the Mountain, King of the Dirt or Hardman categories-or simply attempting to survive. There will be an event expo on Saturday, April 6 from noon until 5:00 p.m., at SPY Headquarters, where event sponsors will be showcasing their products and athletes can pick up their numbers and race packets, as well as people can gather to discuss survival tactics for the next day’s grueling journey. The expo will also run all day long on April 7, while the event is being conducted.

At the end of the day on April 7, while specially crafted BWR Bad Ass Ale from The Lost Abbey Brewery is being enjoyed, a number of honors will be awarded for both efforts and lack-thereof. Custom-made Squadra jerseys, designed by Joe Yule of StageOne, will go to the overall winner (‘General Classification-King of the Waffle’); the best overall dirt rider (‘King of the Dirt’); the best overall climber (‘King of the Mountain’); the hardest working rider (‘Belgian Hardman’) and the most aggressive sprinter. There will also be a distinction for the most selfish, uncooperative, inconsiderate rider-the ‘Wawful Freddy’-who will be nominated by a panel of on-course marshals.

“I’ve done hundreds of races all over the world and thought I had experienced just about everything. I was wrong,’ says Neil Shirley, inaugural BWR co-champion, 3rd at the 2007 USPRO Road Race and Editor of Road Bike Action Magazine. ‘The Belgian Waffle Ride’s unique recipe will take you from having the ride of your life, to the darkest of days in the span of a few leg crushing minutes.

Conquering the BWR is impossible, but getting through it with pride still intact is the ultimate goal.’
Registration for the event is available at http://belgianwaffleride.kintera.org/. Registered SPY Belgian Waffle Riders will help support the event’s cause, the Challenged Athletes Foundation (CAF), whose mission is to provide opportunities and support to people with physical disabilities so they can pursue active lifestyles through physical fitness and competitive athletics.  Sponsors of the event include The Lost Abbey Brewery, Squadra, BRL Sports Nutrition, Giant Bicycles, SRAM/Zipp, RIDE Cyclery, Skins, SKLZ, PowerBar and WD-40.

‘It’s going to be a great day-hundreds and hundreds of cycling buddies mixing it up over 125 miles in one of the greatest cycling areas I have ever had the chance to live in,’ remarks Ryan Trebon, inaugural BWR co-champion, two-time National Cyclo-Cross Champion; National Cross Country Mountain Bike Champion; and two-time U.S. Gran Prix of Cyclo-Cross Champion. ‘Just when I think I’m going to get a break from racing or start getting serious about my mountain bike season, SPY again offers up this torturous ride that is just crazy enough to pull me in. Waffles, beer, dirt, mud, soul-crushing and bikes? what could be a better time?’

Being There: Michelin’s 2013 Tire Launch