It wasn't easy but Jon Perry lived to tell his story 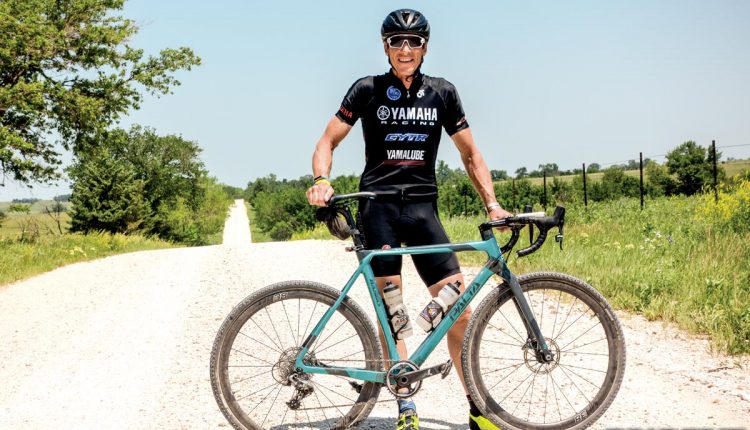 The process to complete the Dirty Kanza 200 started the day that I knew I was officially in. The mileage that Dirty Kanza encompasses requires a grand plan on many levels beyond just pedaling the bike.

The bike was an easy choice for me, as Zap loaned me a Basso Palta test bike. I now had a bike for the big day. I rode it for 1000 miles, wearing out the stock WTB tires before I made any changes. The bike was a good fit for me, with only one exception—the SRAM 1x Force 42t 11-36 drivetrain. I swapped the 42t chainring for a 38t that would allow me to spin the pedals at a comfortable rpm across the whole rear cluster. The second change was tire choice. I tried a couple of other tires, but in the end settled on the 40mm Maxxis Ramblers with Orange Seal sealant.

The other key component addition was the Garmin 1030 computer and accessory power pack for navigation and data acquisition. That thing worked flawless all race long. To stay consistent with my mountain bike, I kept the Shimano S530 pedals that worked well in many conditions.

GETTING THE MILES IN
The training was a little trickier than the bike for sure. I first decided what was a reasonable time to complete the race at a pace that was comfortable for my skill set. The time that I decided was between 14.5 hours to 15.5 hours, or 13.7 mph to 12.9 mph respectively. I had a big snowy cold winter where I live in Durango, Colorado, so my grand plan really started in March.

I started building with three base weeks of 250 miles, then did a 350-mile week with lots of climbing while in SoCal for spring break. April was another four weeks of 250-mile weeks with as many gravel roads as possible. In May I was doing one long ride a week with a 15-mph race pace for as long as eight hours. I never really tapered for race day as many thought I should; I was sticking to my plan.

RACE DAY
Food is always a big part of success at races of any distance, but the longer the race, the bigger the consequences for getting it wrong. I used Hammer Nutrition exclusively. This was a mixture of Heed and Perpetuem in the water bottles and Endurolyte Fizz in my Osprey water pack. I also consumed one Raw Energy bar and a coffee gel every hour, plus Anti-Fatigue caps and Endurance Aminos. My plan worked all day long, and I never ran out of energy or cramped.

The start of the race tested my will to stick to my plan and was harder than I thought it would be. Right from the start it was hard, since you are starting with 1100 other riders all with their own plan. Watching any group of cyclist ride away from you is not easy if you’re the least bit competitive. The key for me was that I was using the Garmin to help keep me in check and reminding me that it was going to be a long day.

THE SUN IS OUT
The first 64 miles were faster than my projected average speed, but I was comfortable the whole way and never felt compromised. The next 89 miles were another story. High noon was now 20 miles away from the last stop, and the temperature was in the upper 90s; fluid consumption was key.

The next stop was a neutral water stop at mile 120, and it felt like it would take forever to get there. At around 100 miles, low and behold, EF Education Cycling had this massive water station that nobody knew about. That stop played a monumental role in my DK 200 race.

The stop at 151 miles was where my plan went off the rails and is one of the lessons that you learn when doing this type of event for the first time. I left the stop at 5:30 p.m. and the sun was still high in the sky, but following a long, shallow climb 35 miles from the finish, I realized that I’d left my lights at the last stop. The plan now was to either go back for the lights or go forward and hope for the best.

If I could average 14.5 mph, I would make it before dark. I also knew that if I could make it to Americus in 25 miles, I could stop at the gas station and buy a flashlight. I was back with a plan and moving forward.

The DK 200 is more than a 200-mile adventure. I like the process of training for a big goal and having a reason to go out when there are other things that might be more fun to do. Knowing that I can quietly honor those who are no longer with us by doing something over the top is also important. The interactions that I had all day on the course with people and the terrain will live with me forever and often remind me of the greatness in life that we are surrounded by.