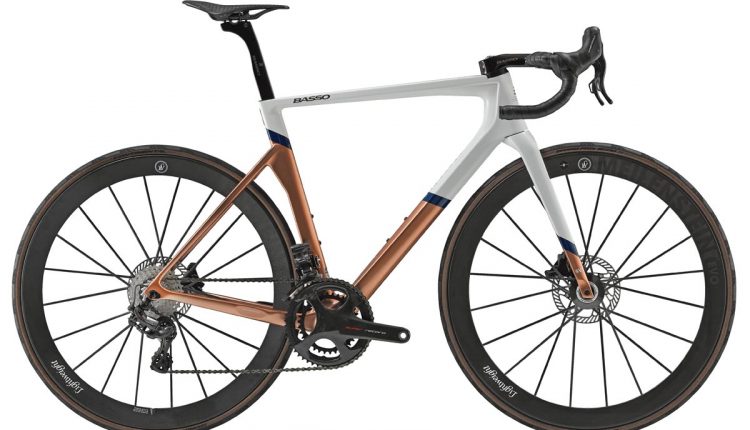 One of the best parts of Italian cycling is the role that Italian families play in the history of so many bike and product brands. One such legacy is that of Alcide Basso, who first took up the torch 45 years ago. It was back in 1977 that Alcide began his frame-building career that, for the second time, put the Basso name in a two-wheeled spotlight. The first, of course, came when his road racing brother, Marino, pedaled his way to a rainbow jersey in 1972.

After working his way through the good old days of steel and aluminum frames, for the last decade, the Basso factory in Veneto, Italy, has been churning out a succession of carbon fiber bikes. And, to help celebrate the nearly five-decade legacy, the family-run brand is producing a limited-edition batch of their Diamante SV road bike.

What better way to celebrate an anniversary than to produce a limited-edition bike? The anniversary bike will be based on the brand’s high-end Diamante SV, the standard model that we have previously tested with
good results.

“I wanted to create a bike without compromise, free to be the best expression of what Basso is today, of who I am. Forty-five years is a big part of life. I had the immense luck of being able to dedicate them to my vocation, building something day after day into which I poured all my passion, my dedication, my perseverance. Inside there are me, my family, all the people who have worked with us over the years. Over time, technologies have changed—the approach to cycling, the world that gravitates around it. Yet, even though a lot has changed in recent years, some things remain unchanged. Forty-five years ago, this adventure started with the same aim that we pursue today—to create the best riding experience.”

Each of the bikes will be outfitted with some of the highest-end Euro bike parts, including a Campagnolo Super Record EPS 12-speed gruppo, German-made Lightweight Meilenstein wheels and a 95-gram Selle Italia SLR Boost Tekno Superflow saddle. As if the bike itself wasn’t enough of a package deal, with each bike is provided with a special-edition Scicon Aerocomfort Road 3.0 TSA bike.

IS IT NORMAL FOR NEW CABLES TO STRETCH?