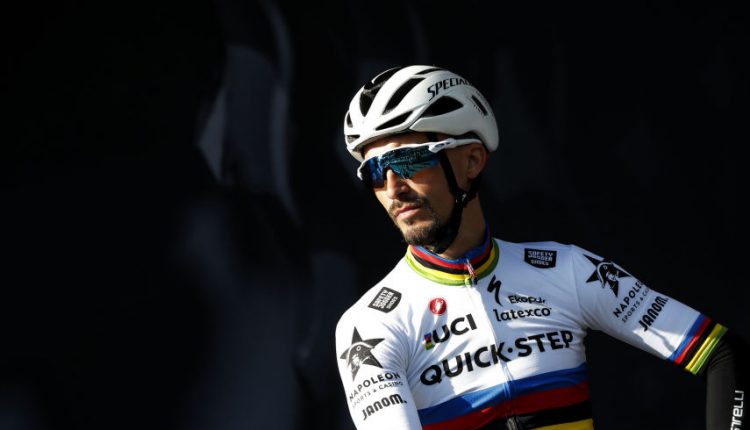 “I can’t wait to put on a bib number again and I’m not just coming to ride at the back of the pack,” Alaphilippe warned on the eve of the Belgian stage race starting Saturday.

“After a two-week training camp in Livigno, Italy, I feel good. Physically, everything is normal. I no longer have any after-effects from my fall. I will face the days to come without stress or apprehension, with ambition to regain my bearings and confidence.”

Alaphilippe, who had made a brief return during the French road championships at the end of June, missed out on a place in his Quick-Step team for the Tour de France.

The five-stage Tour de Wallonie route should suit the qualities of the Frenchman who “hopes to win again quickly”.

“I expect a brutal recovery. It’s going to hurt, that’s for sure,” said Alaphilippe.

His program will be busy over the next few weeks with the Clasica de San Sebastian, which he won in 2018, the Tour de l’Ain and the Vuelta a Espana before the world championships at the end of September.

If he wants to succeed American Quinn Simmons on the list of winners in Wallonia, Alaphilippe will have to be wary of Eritrean Biniam Girmay, the revelation at the start of the season after his success in Gent-Wevelgem.