France’s Julian Alaphilippe claimed his first world title in the men’s road race on Sunday to fulfil his “career dream” of wearing the rainbow jersey. Alaphilippe crossed the line alone in Imola ahead of Belgian Wout van Aert and Swiss Marc Hirschi after more than six and a half hours in the saddle over 160 miles through the hills of Romagna.

“It was the dream of my career,” said the 28-year-old, who became the first French rider to claim the world title since Laurent Brochard in 1997.

“I’ve been so close so many times, but I had never even been on the podium.”

Tour de France champion Tadej Pogacar vainly launched an attack on the penultimate climb at Cima Gallisterna, 42km from the finish line. The 22-year-old was reeled in by Van Aert’s teammates, with the Slovenian finishing down the field in 33rd position.

Alaphilippe then attacked on the final climb less than 12km from the finish line, holding on to finish 24 seconds ahead of his rivals with Van Aert settling for his second silver after Friday’s time-trial.

For Alaphilippe this season had so far reaped modest success compared to 2019 when he won the Strade Bianche, Milan-San Remo and the Fleche Wallonne, before wearing the Tour de France yellow jersey for 14 days. This year, he won the second stage of the Tour in Nice on August 30 and wore the yellow jersey for three days, but in Imola he captured the rainbow jersey for a year. 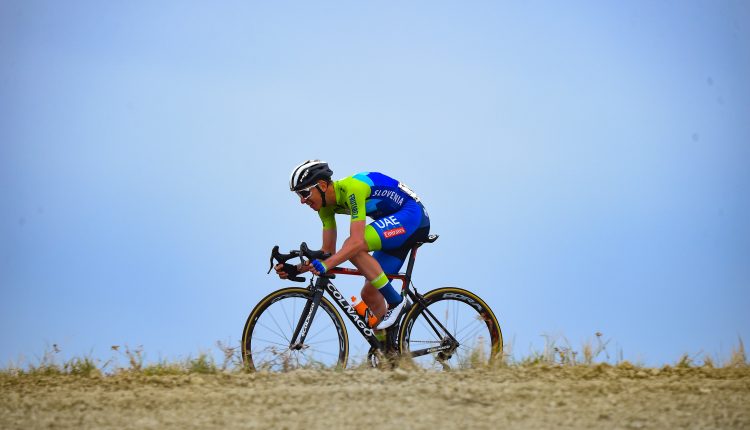 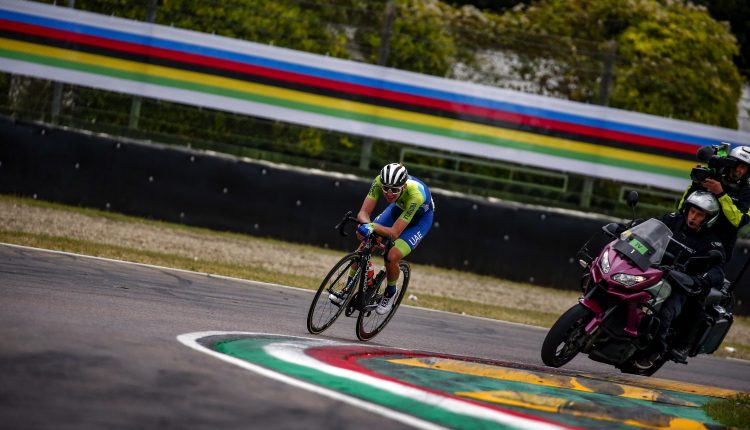 “It’s a new chance,” Alaphilippe had warned as national coach Thomas Voeckler built the French team around the rider from the Loire, who had missed out in three previous editions. This time, the Frenchman who rides for the Deceuninck Quick-Step team, was not picked off by his rivals despite Van Aert’s imposing presence in the chasing pack.

“I came here with a lot of ambition, and today the France team was very strong,” said an emotional Alaphilippe.

The race got underway under overcast skies in Emilia-Romagna and only took shape 70km from the finish with the French team of Quentin Pacher, Nans Peters and Kenny Elissonde putting pressure on their rivals. 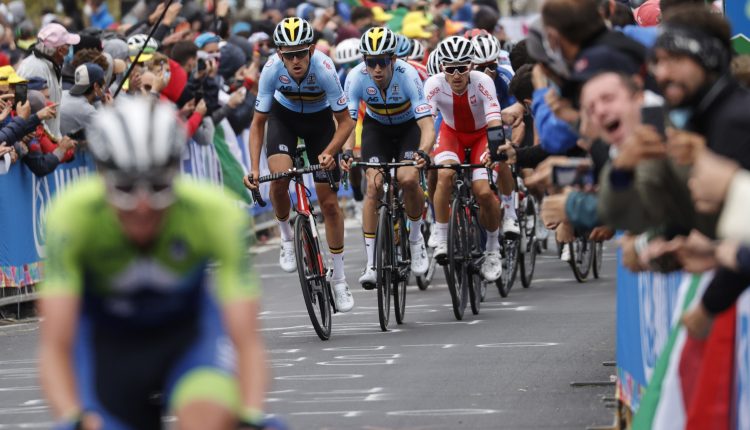 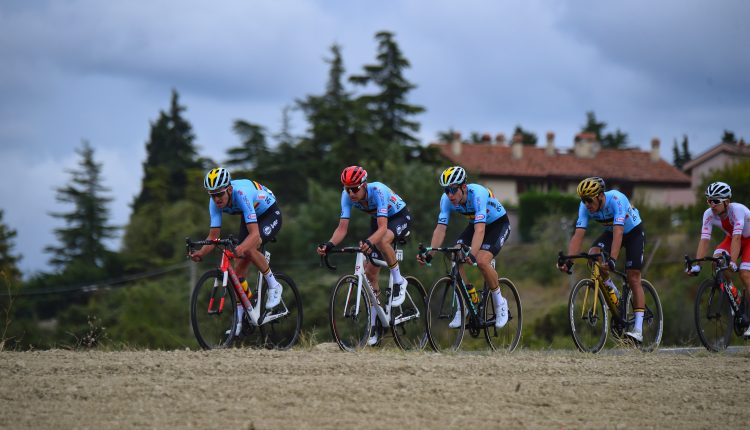 After Pogacar was muzzled by van Aert’s teammates Tiesj Benoot and Tim Wellens, heading into the final 20km, Alaphilippe patiently waited for his moment.

That came on the approach of the top of the final ascent of Gallisterna, over 2.7km and with a 6.4 percent gradient The French rider then put his foot on the pedal charging down the narrow road, in descending false flats, to the Enzo and Dino Ferrari Racetrack in Imola.

At the entrance to the racing circuit, 3.4km from the finish, the job was done with 14 seconds on his rivals and the rainbow jersey waiting for him at the finish line. 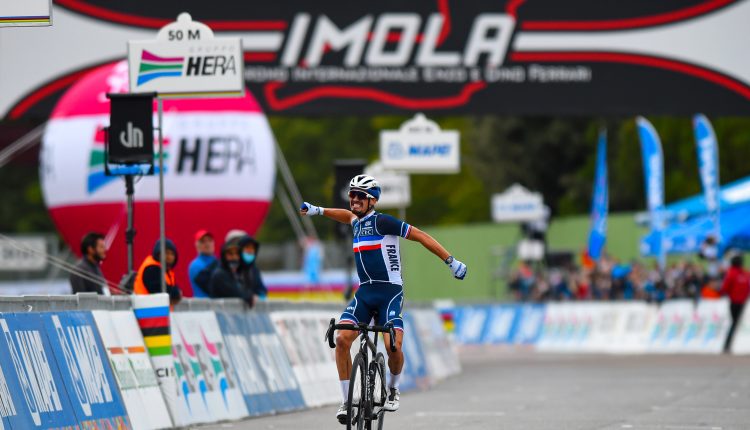 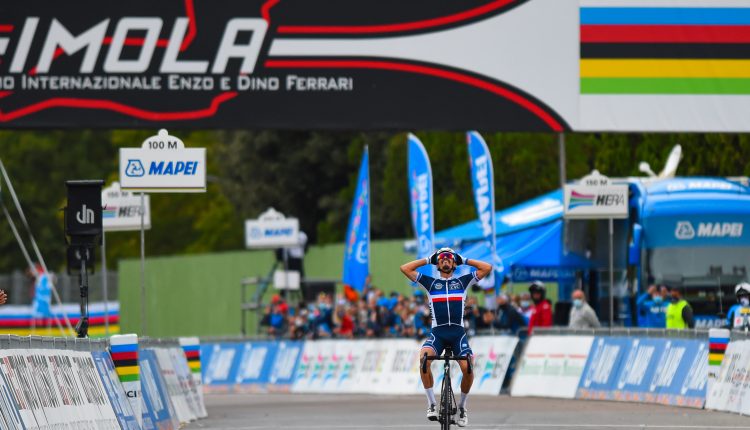 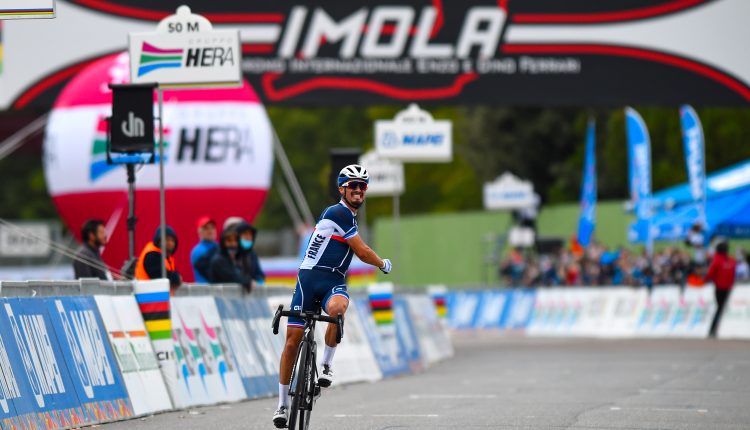