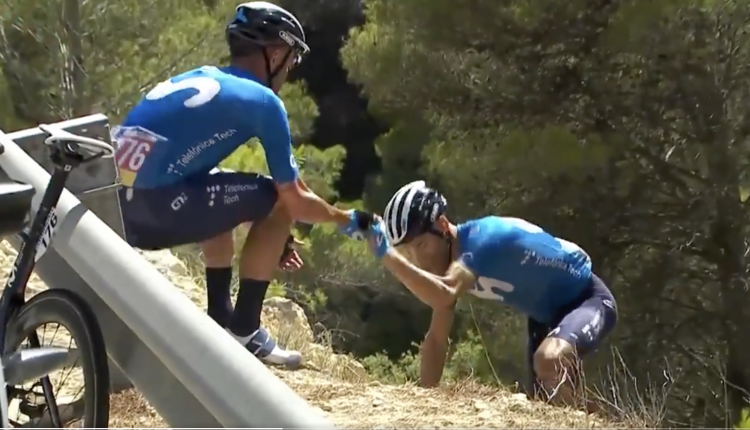 Spain’s Alejandro Valverde pulled out of what could be his last Vuelta a Espana after sustaining a shoulder injury when he misjudged a corner and fell during a mountainous stage seven on Friday. Valverde, who was fourth in the overall standings, had attacked on a second category climb with just over 25 miles to go but crashed on the descent.

The Movistar leader tried to continue after his fall but gave up, pulling to the side of the road and climbing off his bike, head bowed. He was in tears as he climbed into the team car. Tests revealed a fracture of the right clavicle, his team said in a statement on Friday evening.

Valverde will undergo an operation on Saturday in Murcia, Movistar added.

This was the 41-year-old’s 15th Vuelta and it will be only the second time he has not completed the entire route of the race he won in 2009.

Valverde won the world championships in 2018, has won 11 major one-day classics and 17 stages on Grand Tours, but has suggested he might not continue into next season, which means the crash could mark the end of his career.