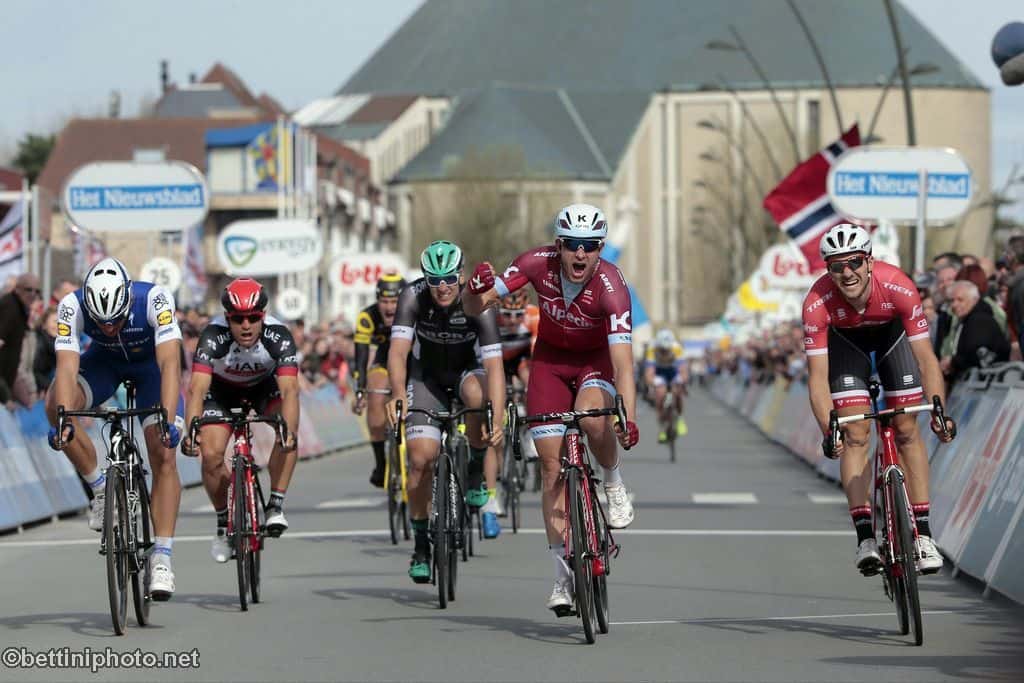 Kristoff’s late sprint from a final selection of 22 riders was just enough to hold off Edward Theuns (who also uploaded his ride) and Marcel Kittel. His 123.9mi ride at an average speed of 26.2mi/h was completed with a relatively low cadence of 78 rpm. So far, he received more than 710 kudos from the Strava community! 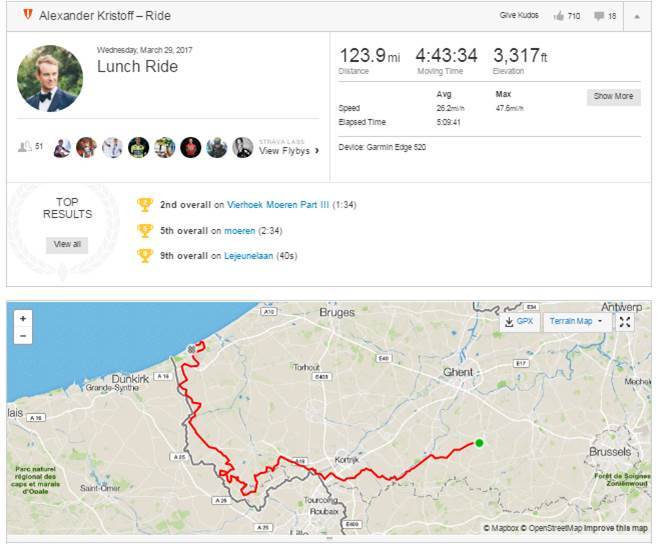