As we all know, Jumbo-Visma rider Sepp Kuss is currently all the rage among American race fans. Following his breakout season last year, Kuss has not only become team leader Primoz Roglic’s most consistent and bold lieutenant, but a stage-winning rider in his own right.

If the 26 year-old rider from Colorado impresses in July, it’s possible he could lead the Jumbo-Visma powerhouse later in the year at the Vuelta a Espana. Given that Jumbo-Visma just extended his contract through 2024, Kuss will have a strong team and plenty of opportunity to prove his worth in the coming years.

But, what about all the other American riders who are spending their days in distant cities far from friends and family? We decided to compile a list of the American riders you need to know. Where did they come from? Where are they going? Is the outlook bullish or bearish for their future? Let’s dive in and hold our breath hoping they all get the call-up for the Tour de France. 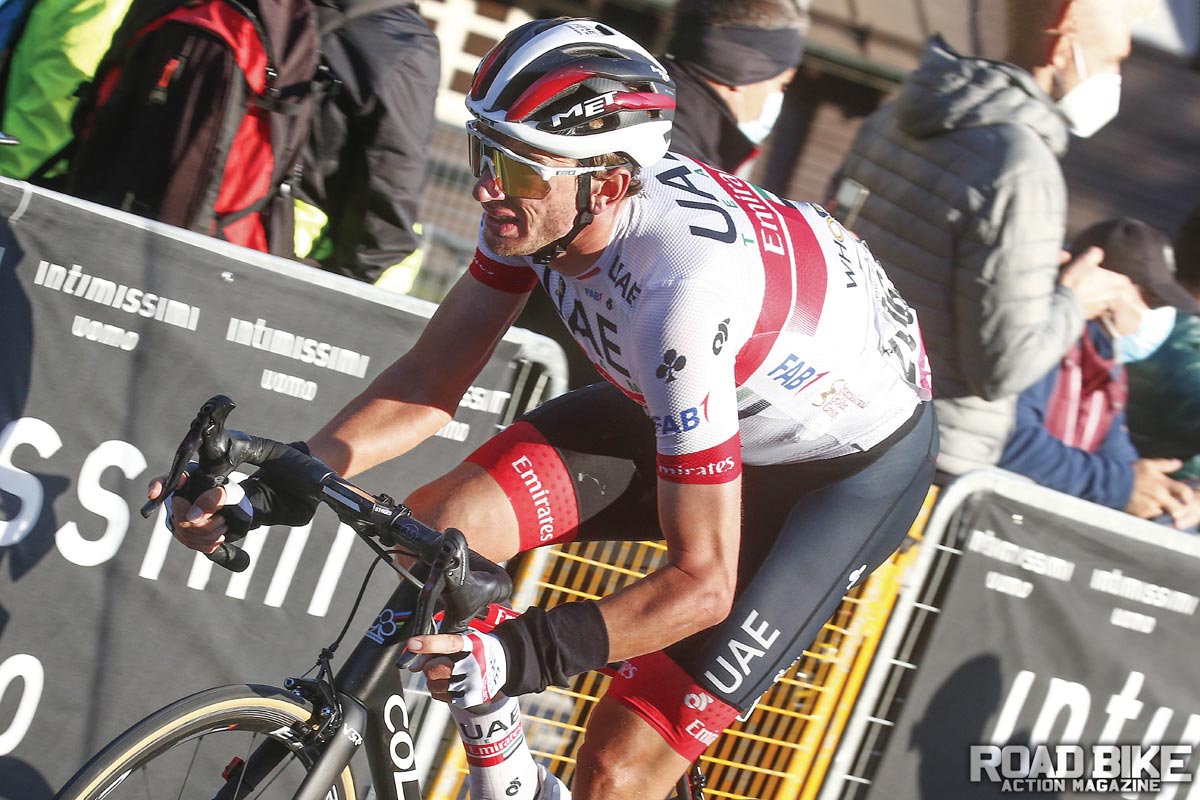 McNulty took the leap to the WorldTour in 2020, signing with UAE Team Emirates. And, he made the most of the spotlight during his debut Giro d’Italia in 2020, nabbing 15th overall in the GC. But, that’s only a small part of what made McNulty’s journey through Italy impressive.

It was on Stage 10 that McNulty put the peloton on notice when he put his cycling smarts to good use and finished 19 seconds behind winner Peter Sagan. Next, he pulled an eye-popping third place on the Stage 14 individual time trial, just 1:09 down on stage winner Filippo Ganna.

When all was done and dusted in Italy, McNulty found himself holding sixth overall in the youth classification.

With time-trial chops and impressive climbing legs beneath him, McNulty has the makings of a serious GC threat in the coming years. His impressive showing at Paris-Nice this year, McNulty was on pace to finish third in the GC before crashing out of the race during Stage 6, only reinforcing McNulty’s bright future as a GC contender. 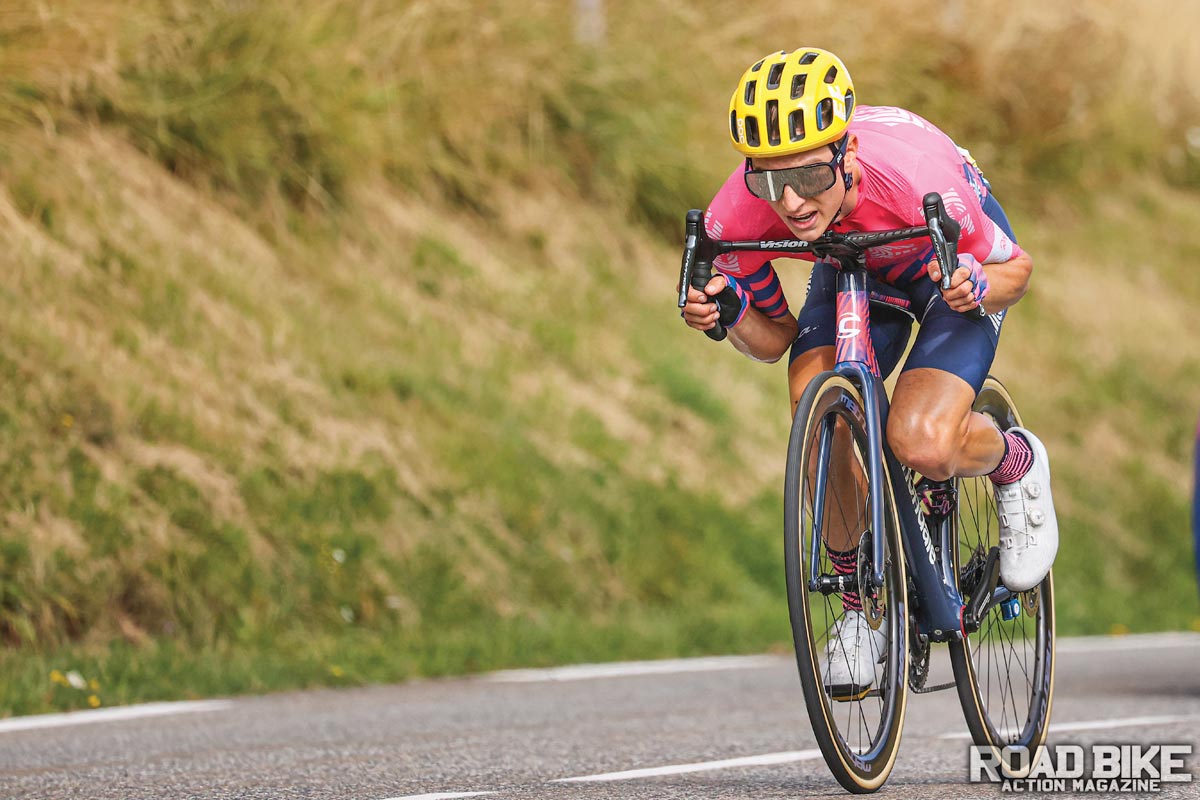 Powless’s jump to the WorldTour saw him in the yellow kit of Jumbo-Visma, which should have been a dream for any young American cyclist, and it was—for his compatriot Sepp Kuss. But, Powless seemed to be dying on the vine there, and it wasn’t until he signed with EF Education-Nippo that his talents shone with the promise he had exhibited as a U-23 rider.

During Stage 6 of the 2020 Tour de France—Powless’ first—the young American nearly nabbed his first stage win with a gritty performance that had him sniffing for victory with just 16 kilometers to go. That’s when Alexey Lutsenko launched his attack and eventually won the stage, but Powless rolled across the line in a respectable
fourth place.

While Powless was let off the leash to test his GC chops at Paris-Nice in 2021, he was largely outshone by his countryman Brandon McNulty. Still, Powless’ time-trial prowess and promising showing at the 2020 Tour indicate he’s progressing into a strong GC rider who could effectively target week-long races. 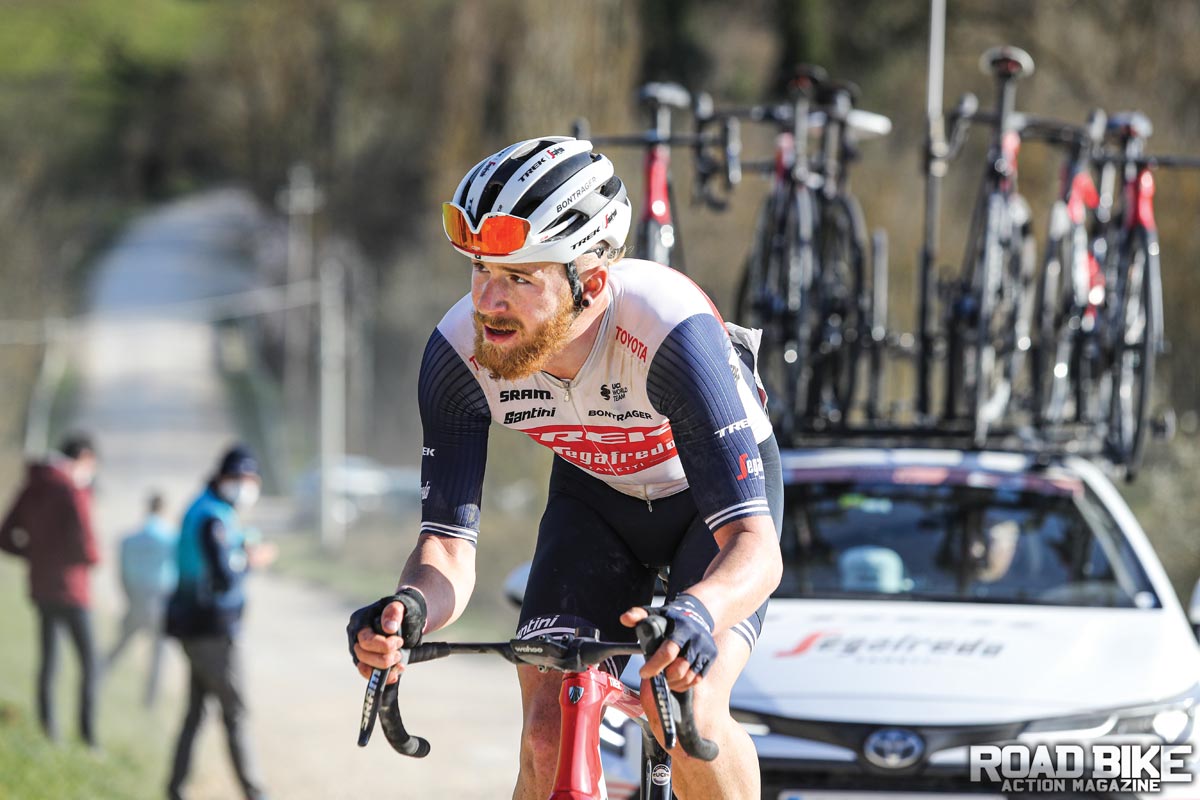 What is Quinn Simmons going to be? That’s the most exciting question of Simmons’ still-budding career, which has already been packed with potential, controversy and heaps of pressure.

It’s clear he’s exceptionally talented. He finished second overall at the 2020 Tour de Hongrie, 6th at the 2020 Bretagne Classic-Ouest France, and he impressed with a 10th-place finish at the 2021 Faun-Ardéche Classic. His promise as a rider is indisputable. But, the 2019 Junior World road champ has also created some unnecessary baggage for himself with a social media flare-up that led to his temporary suspension from Trek-Segafredo.

The entire flap indicated that Simmons, who turns 20 in May, has some growing up to do. It’s clear Simmons will need to tread lightly as he tries to shift focus from his social media missteps to his undeniable talents on the bike. 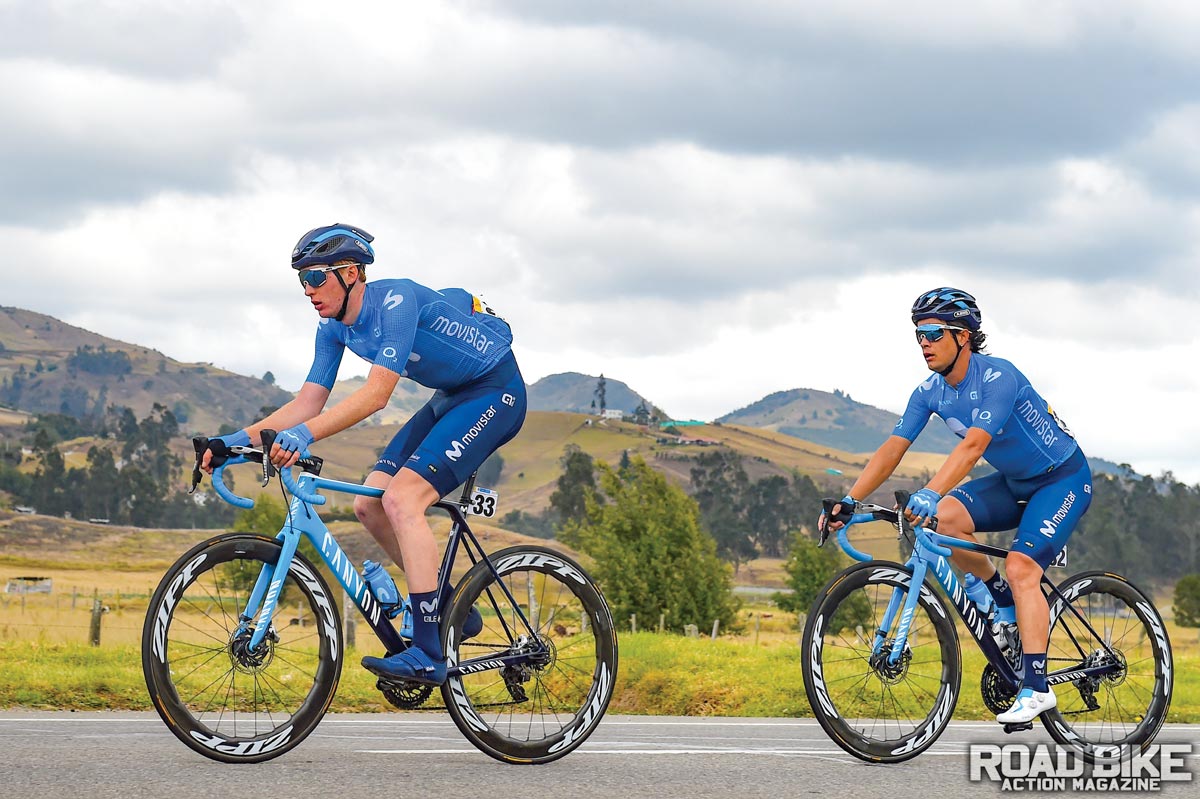 Matteo Jorgenson rides under the radar no more. Jorgenson’s eighth-place GC finish at Paris-Nice this year made American fans sit up and take notice. Jorgenson displayed plenty of savvy throughout the eight stages, and it’s clear Team Movistar is testing the young rider’s talents. It’s fair to say he passed the first test at Paris-Nice.

Jorgenson has a lot of potential as a Classics rider, but he won’t be riding any Classics this season. Instead, Jorgenson will set his sights on the Giro d’Italia in order to see how he handles the rigors of a Grand Tour. Team Movistar’s clear interest and confidence in Jorgenson indicates he’s a potential high-value rider for the team.

Once the “testing phase” is over and the scope of Jorgenson’s talents become clearer, he could nip at the heels of Sepp Kuss as one of the finest riders America has to offer. 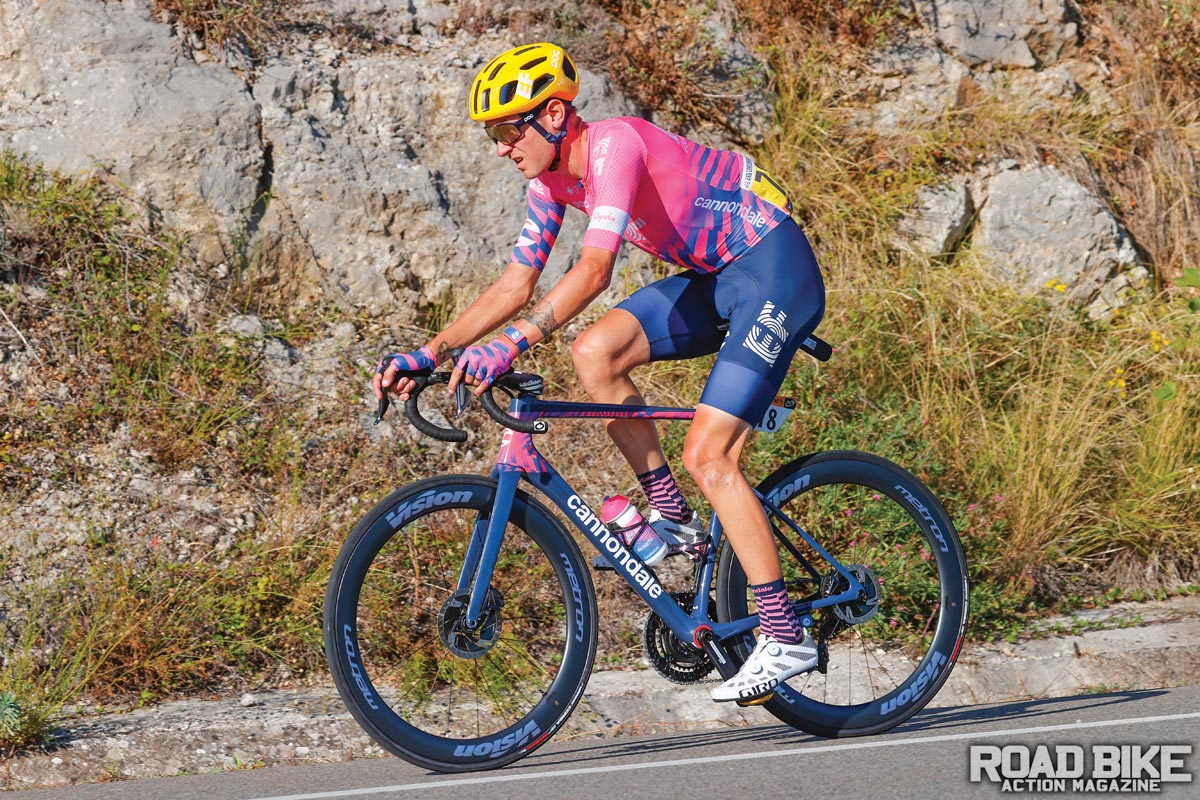 Van Garderen has long shouldered the weight of America’s “next best”  expectations and perhaps unfairly. Just look at his excellent results: a stage win at the 2016 Tour de Suisse, another at the 2017 Giro d’Italia, two-time winner of the USA Pro Challenge and winner of the Amgen Tour of California.

Yet Van Garderen still takes flack as a disappointment, however unfairly. It’s not like he hasn’t been a threat at the WorldTour, after all. He finished fifth overall at the Tour de France twice, and second overall at the Criterium du Dauphine twice. Van Garderen has been the biggest American GC threat since Lance Armstrong. 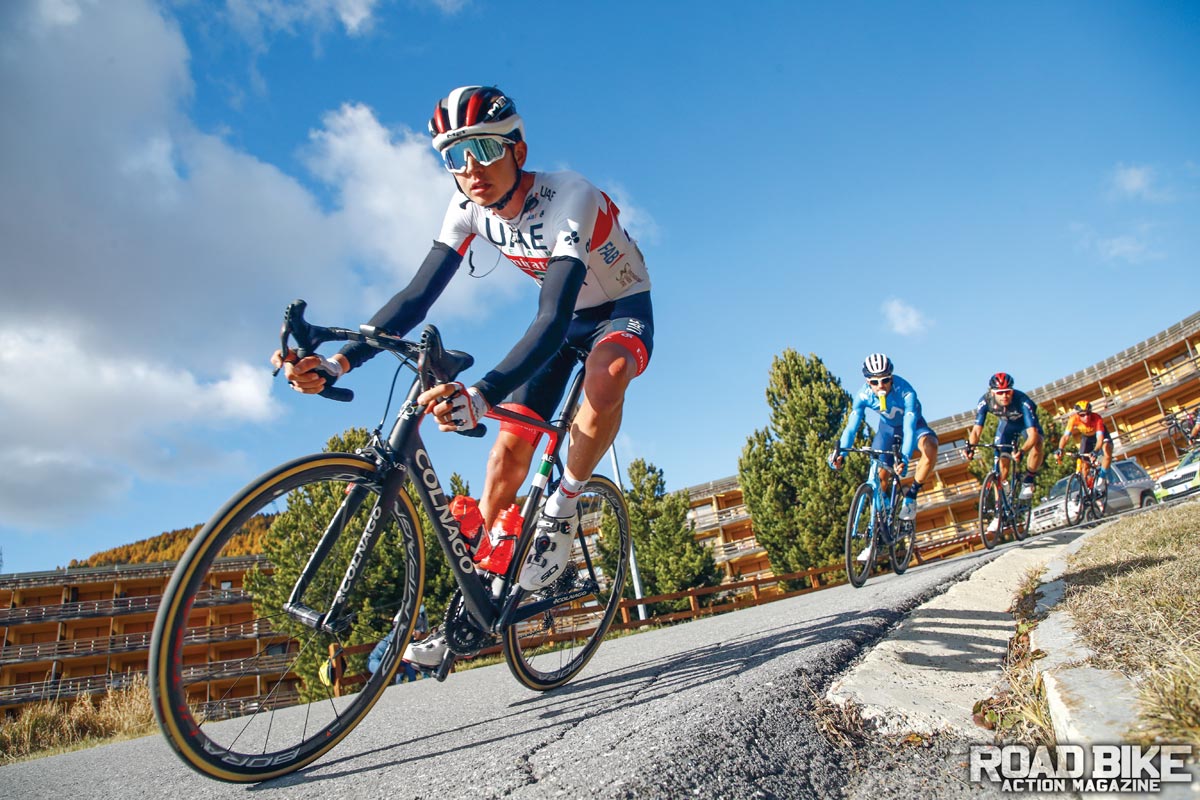 It’s hard to believe baby-faced Dombrowski is considered a veteran already. The wispy climber entered the WorldTour ranks with Team Sky in 2013, but his path to full potential was derailed in 2014 when he underwent iliac artery surgery.

While his career never fully rebounded after the surgery, Dombrowski has still achieved some impressive wins. A gifted climber, Dombrowski has dominated domestic cycling, particularly the Larry H. Miller Tour of Utah.

And Dombrowski’s 12th place GC finish at the 2019 Giro d’Italia indicates he’s still got the talent and drive to make a run for a career-defining win at the WorldTour. Will that take the form of an impressive GC performance or simply
a big stage win? He came close to achieving exactly that in 2016, finishing third on Stage 20 at the 2016 Giro d’Italia.

Dombrowski isn’t likely to be a Grand Tour threat, but he could still surprise us all with a high-profile stage win or a top-10 GC finish.

No rider wants his career to be defined by a crash, but that’s exactly what happened to Lawson Craddock at the Tour de France in 2018 when he crashed during Stage 1, fracturing his scapula. Craddock continued on through the entire race with his injuries, eventually finishing dead last, all while raising nearly half a million dollars for the hurricane-ravaged Alkek Velodrome in his home state of Texas. Grinta!

Fortunately, Craddock is capable of far more. It’s not uncommon to spot Lawson in a break. Will the break stick someday, leading Craddock to a big stage win? It’s possible.

In the meantime, Craddock’s reliability as a domestique makes him exceptionally valuable to Team EF Education- Nippo. And, he’s no slouch as a time trialist, either. 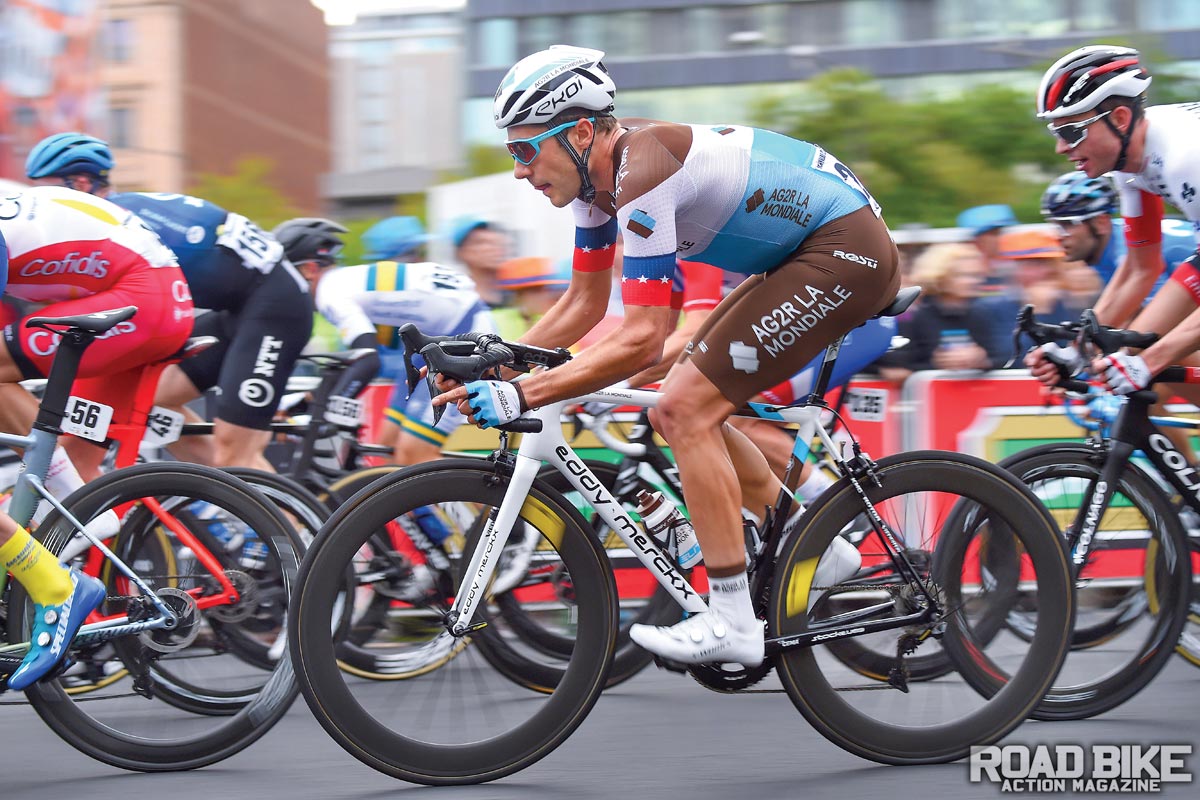 Warbasse’s 2020 campaign was full of strange hurdles, most notably testing positive for COVID-19 without any symptoms in August. But, he was still able to toe the line at the Giro d’Italia, thanks to the upended race schedule, and it’s a good thing, too. Warbasse impressed with a 17th place finish in the GC.

Warbasse is likely to become a stage hunter in 2021. And, he’s got experience doing exactly that, boasting a stage win at the 2017 Tour de Suisse. Warbasse could also excite American race fans by contending for a top-10 spot in the GC at a major race. That all depends on team Rally’s race strategy heading into the meat of the season. 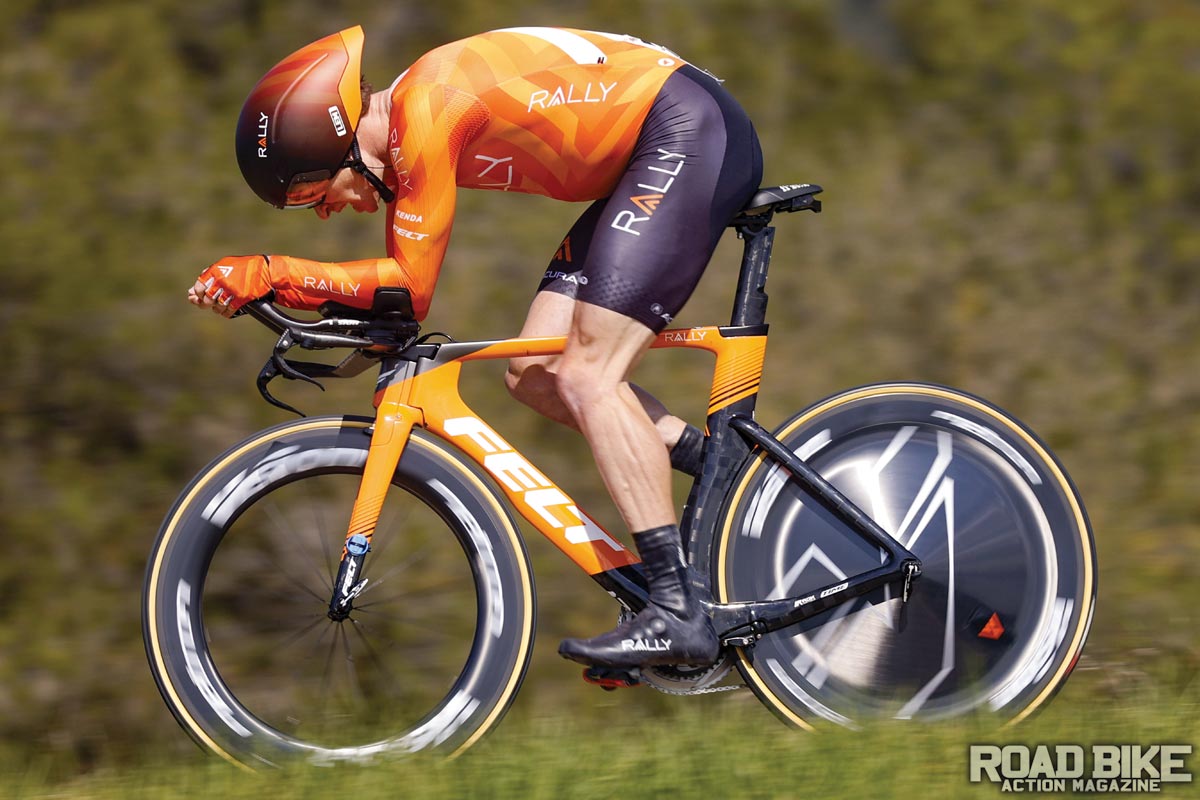 The 2018 Vuelta a Espana saw King cross the line first on two different stages. Those thrilling stages cemented King’s potential, but the road has been bumpy since then. King signed with Rally Cycling in 2021 after welcoming the birth of his son and after overcoming mental hurdles during the unusual 2020 COVID season.

Look for King in the breakaways. He’s on the hunt for stage wins, and if King has an opportunity to ride the Giro d’Italia or Tour de France, you can bet he’ll be in the mix for a career-defining stage win.

Haga’s impressive Stage 21 TT win at 2019 Giro d’Italia was a career-defining moment. Haga is easy to cheer for—his social media feeds are entertaining, and he has a reputation as an all-around nice guy— but his career has largely been a support role. That’s likely to continue.

Can Haga win another time trial at a Grand Tour? It’s absolutely possible. In the meantime, this reliable, solid, hardworking but low-profile rider is likely to benefit his team in a support role.