Valkenburg, Netherlands, April 16, 2017 (AFP) – Philippe Gilbert continued his fine start to the season by winning the prestigious Amstel Gold Race for the fourth time on Sunday.

At the end of a punishing 260km course that included 35 climbs, Belgian Gilbert outsprinted 2015 winner Michal Kwiatkowski of Poland in a tactical finale. The two breakaway leaders were slowly being caught by five chasers as they played cat and mouse in the final kilometre, with Gilbert teasing Kwiatkowski into launching his bid for victory first, with more than 300 metres left. Kwiatkowski tied up allowing Gilbert to streak past in the final meters to claim victory in the battle between two former world champions.

Gilbert had already won the Tour of Flanders two weeks ago and Three Days of De Panne in the week leading up to that as he enjoyed a successful cobbled classics season that included second place finishes at Dwars door Vlaanderens and E3 Harelbeke. Kwiatkowski had also been in great shape, winning Milan-San Remo — which like the Tour of Flanders is one of cycling’s ‘Monument’ races — and Strade Bianche while finishing second at the Tour of the Algarve. 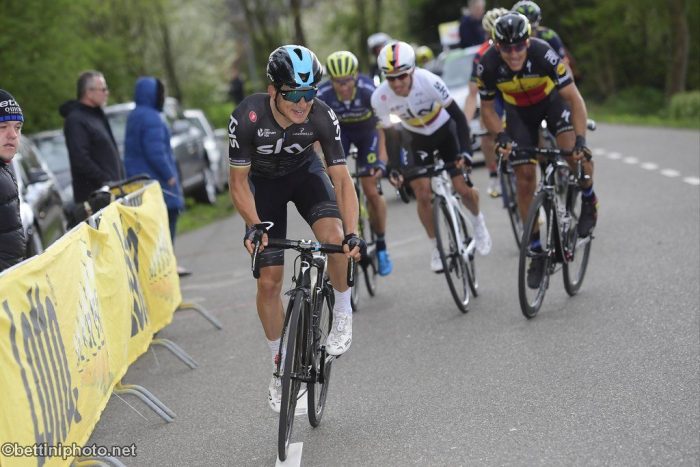