And Then There Were Five 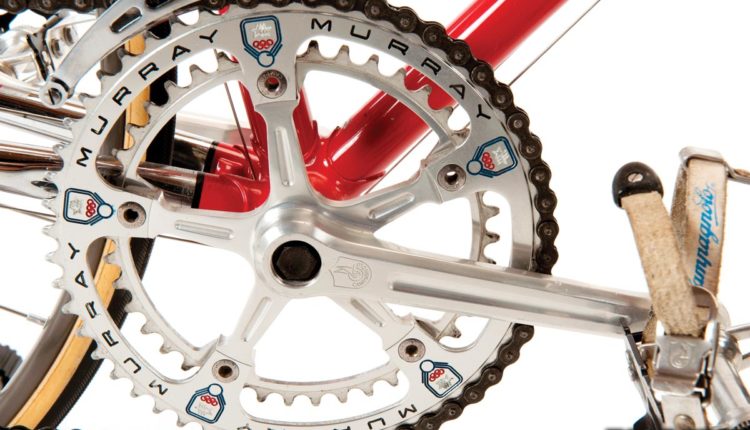 Forgetting the days when triple chainrings were a “thing” on touring bikes (and not even recognizing the days before derailleurs arrived), road bikes have traditionally been built up using a double chainring. For decades the standard chainring was made up of a 53 big ring and a 42 small ring (and later a 39 small ring). This is what the racers used, and so this is what the rest of us used.

As the calendar turned to the second millennium, moves were afoot to provide racers with special climbing gears for races that featured super-steep climbs. FSA is widely credited with being the first to market a compact crank that ran with a 50/34 chainring combo.

For the crank manufacturers, jumping on the compact bandwagon made sense. Not only could they placate the pedaling needs of the touring market, but also the ego needs of a growing segment of new customers—old guys. Yes, a compact crank was the perfect technology to give a rider the performance appearance of a double but with the lower gear ratios of a triple. Keep in mind that the only way for any of this to occur was thanks to the arrival of added gears in the back.

Note that with the different chainring combos, it has also brought a different 5-bolt circle diameter (BCD), meaning that the smaller compact chainrings that use a 110mm BCD will not work on standard cranks that are designed around a 130 BCD.

Of course, this being the bike industry, there had to be pushback, and so the semi-compact chainring that sported a 52/36 combo was born using the 110 BCD. What does the semi-compact achieve? If we were to use a bedtime fairytale as an example, let’s just say that if Goldilocks was perusing for a new crankset on her bike, most likely she would say the semi-compact was just right by offering the potential for a low-enough gear for climbing (depending on the rear cluster) and a tall-enough gear to hunker down at top speed on the group ride.

But wait, although everything you just read would be an accurate portrayal of all things chainring-related, let’s just say that it’s really semi-accurate. And for the change in terminology, you have the gravel bike and people like Gerard Vroomen to blame. Where there once was a triple, followed by three different versions of a double, the use of a single chainring is now becoming increasingly popular.

Currently, SRAM is the only major component-maker that has jumped into the single-ring fray, even creating a left brake lever that lost the normal shift function. Many fast riders find that, when matched with standard rear cogs, the single-ring setup deprives them of the Goldilocks gear ratio they need for high-speed pedaling. For others, the single chainring brings newfound simplicity and weight savings.

Vroomen’s 3T Strada road bike would be the first modern production race bike to sport a single chainring. And to answer the needs of racers in search of a tighter cog ratio, he has designed his own 11-speed cogset with tight gaps on the bottom and top of the cluster. Vroomen’s confidence in the 1x solution is aided and abetted by his insider guess that Shimano is already down the path with a 12-speed drivetrain.

POWER TO THE PEDAL