Archer Components delivers a wireless upgrade for the masses 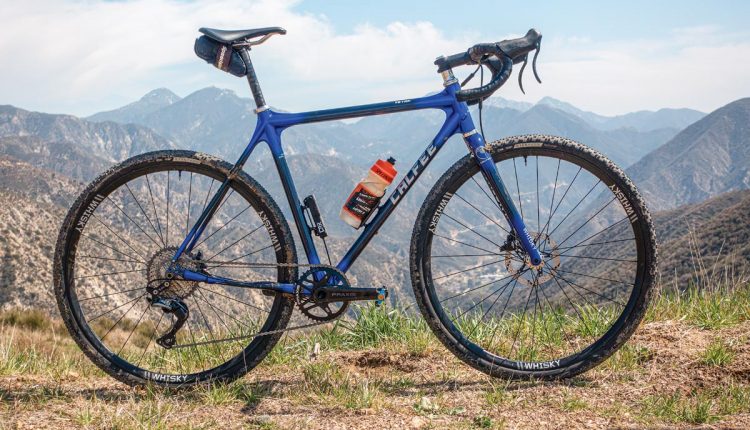 When it comes to drop-bar drivetrains, the biggest limitation has always been the proprietary limitation that all-in-one controls offer. Sure, it is convenient to have the brake and shift mechanism seamlessly blended together, but it also offers nearly no deviation in terms of compatibility. You are limited to the components that are offered from whichever manufacturer you have.

Thanks to a big-thinking mountain biker, there is a new kid on the block who hopes to change this notion and allow users to mix and match, as well as upgrade without the worry of compatibility. Archer Components launched by Brandon Rodgers and Devin Carlson in 2015 in the mountain bike market with an electronic shift kit that allowed users the ability to modernize, upgrade and fine-tune mechanical drivetrains with push-button accuracy. 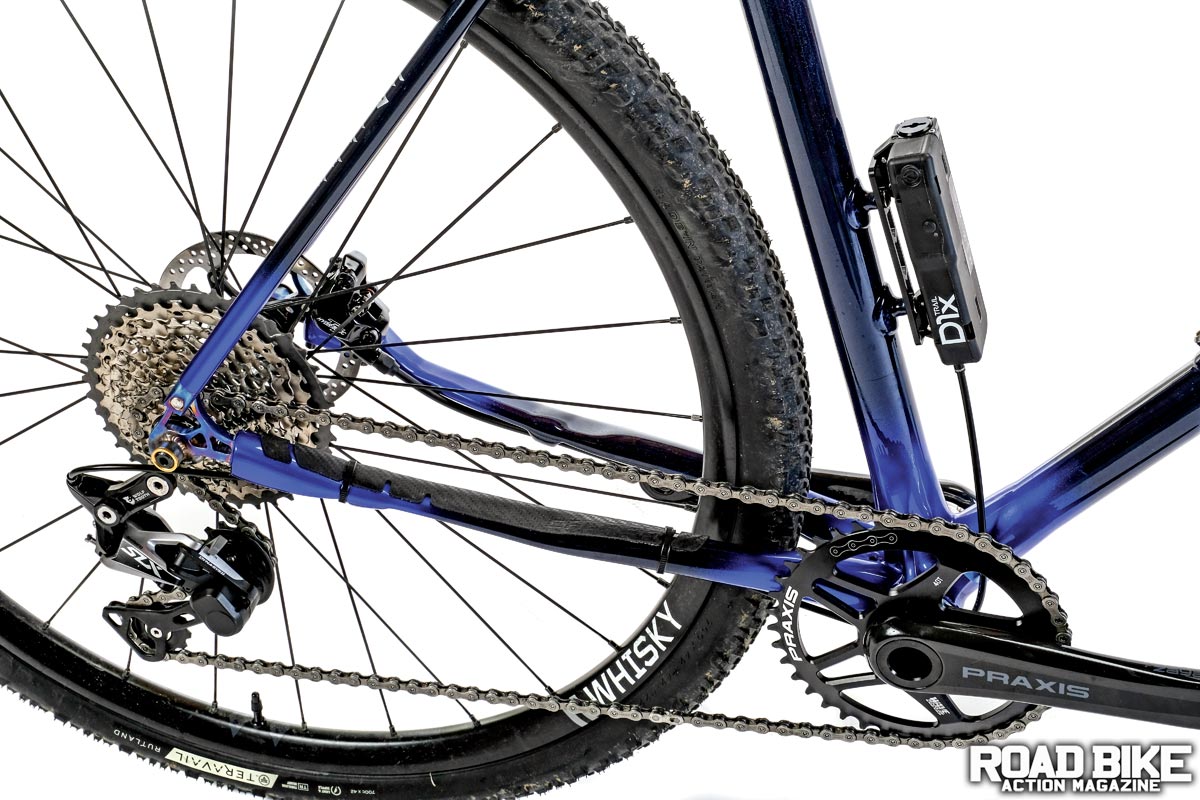 Now Archer looks to enter the drop-bar market with its eye on gravel bikes. However (spoiler alert), given that modern mountain bikes have all but abandoned the need for a front derailleur, Archer’s gravel system, too, speaks solely to 1x drivetrains.

Archer Components isn’t delivering brakes or derailleurs. No, their vision is to leverage their technology and partner with already well-established brake brand TRP. TRP has integrated other systems into their brake lever in the past, like on our Turner Cyclosys project bike (RBA, August 2017), but that was less of a partnership and more of
an adaptation.

But let’s step back a moment and break down the Archer architecture that is making this all possible. First, it starts with the Archer D1x Trail Shifter, which is a black box that has internal battery power and can mount almost anywhere on the bike (near the rear derailleur is most common). It is the brain and muscle of the shifting system.

“The app and wide range of compatibility make it a great option for those looking to mix and match components.”

Next is the two-button DBR remote shifter, which works with a specially designed rubber hood for TRP’s hydraulic Hylex RS drop-bar brakes. The shift button wirelessly communicates with the D1x unit that is wired to your rear derailleur.

Yes, you use whatever brand, speed and style of cable-actuated derailleur you like, and the Archer system allows you to fine-tune each gear. No more single-brand dependency or worries of pull ratios or number of speeds—just use their mobile app to set it up and then go ride.

The system is so customizable, you could have a 13-speed derailleur matched with a 9-speed cassette (if you’re into that sort of thing) and still have a bike that shifts quick and accurately. But, for most, it will allow for a brake upgrade and away from mechanical disc brakes to hydraulic. It will also eliminate the cable and housing from the front of the bike all the way to the rear since the system is wireless from hood-to-shift controller.

One very cool feature in the setup app is the “get me home” setting whereby you can pre-program a gear you’d want to be stuck in should the system ever run out of power mid-ride.

Since Archer is designed, built and tested just north of us in Santa Cruz, California, we had them snag a carbon bike from their NorCal neighbors at Calfee Designs to act as our test mule. Given that we were so impressed with our last Tetra (RBA, October 2020) and its versatility, we thought it would be the perfect vessel to test the Archer system.

Our test bike featured a true mix-and-match of components that really highlight the versatility of the Archer system. The Shimano SLX (mountain bike) rear derailleur matched to an 11-40t cassette. Up front is a 40t Praxis chainring providing our favored 1:1 ratio. Owing to the different pull ratios, normally a cable-actuated Shimano mountain bike derailleur cannot be paired with a road shifter. Not so here.

For brakes, our bike was fitted with hydraulic TRP Hylex RS binders with a right-side, integrated Archer remote hood. A set of wide Whiskey alloy wheels were mounted with 40mm Teravail Rutland tires. The whole build is more gravel-oriented than our last Tetra. The bike mimics a Frankenstein-like creation, but in a really good way. For longer-term testing or setup, we would relocate the Archer D1x shifter unit to reclaim our second bottle cage.

The shifter needs to be manually turned on, as well as the remote. They quickly pair, with no needed action, and you’re ready to ride. The shifter uses two rechargeable batteries that get about 80 to 100 hours of ride time and the remote has a USB port for charging.

Our unit was a prototype but close to the final product. The rubber buttons on the remote are raised from the rest of the unit, so it is easy to find and make the shift. The whole unit that is housed in the TRP lever adds some girth. Due to the shift button’s location, we made some accidental shifts when we had our hands on the hoods.

The D1x shifter unit is a bit bulky, but it houses the shift motor, controls and system power. It makes shifts perfectly every time, because each gear is tuned individually, unlike a normal system that makes global adjustments. If you have that one gear that never seems to work while the rest do, you can now make the micro-adjustment for just that gear and never think about it again.

The TRP brakes are some of the best we have used on a drop-bar bike and probably come in a close second in performance after those offered by Campagnolo. They modulate well, and because there is no added shift lever built into the blade, your fingers don’t get pinched when you pull extra hard. In the drops, the TRP levers also feel good, but it is hard to reach the Archer shift buttons. Some sort of small auxiliary button for the drops would be perfect.

If nothing else, the Archer system is very innovative, so kudos to a “small guy” for making the leap. The app and wide range of compatibility make it a great option for those looking to mix and match components. It is also a great upgrade, as it cleans up the lines at the bars and adds wireless electronic shifting to an otherwise mechanical drivetrain. It also sets users up for future upgrades where you could move from 10-speeds to 13-speeds with just a new cassette to purchase. You might need a new derailleur, but not always because the max high and low adjustment of today’s derailleurs are pretty much the same.

However, while we’re impressed with the Archer device, it’s not all rainbows and unicorns. You will still have a cable and housing that needs to be maintained. They are shorter and likely will have less friction, but now you can’t feel them starting to fail.

With that said, we can’t tell you the number of times we’ve been working on a bike and dreamed of having the ability to just properly adjust that one gear instead of chasing our tails looking for the smallest of misalignment. Setup is easy, and the only thing to note is that if you are using the app to make an adjustment, your system will be disconnected from the remote—only one connection at a time.

For us, the brakes and lever feel move the system into the spotlight. The hard-to-reach shift buttons while in the drops didn’t bother us too much, but not having our levers too far out so we didn’t smoosh our fingers was golden.

As complicated as the Archer system might seem, it’s actually a straight-forward concept that’s no more difficult to set up than any other app. In short, it’s a shift system that is both past- and future-proof in terms of compatibility. For the segment of DIYers out there who like to create their own two-wheeled masterpieces, the Archer/TRP combo is a step in the right direction.