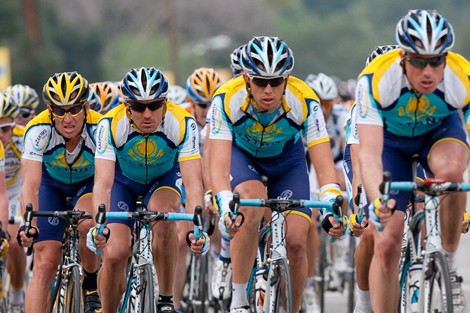 The UCI had threatened to rescind the team’s Pro-Tour competition license after the team’s wages were reportedly not paid for two months but after the guarantees were given Astana can now carry on, starting with the Tour of Luxembourg which began on Wednesday evening.

Astana had been told to provide the bank guarantees by May 31 ? the deadline extended for two days owing to a public holiday. “The UCI has verified that Astana has fulfilled the conditions,” the organization said in a statement, one of those conditions being the fulfillment of outstanding sponsorship contracts.

It added it would keep a close eye on further developments. The team, whose team leader is Spanish star Alberto Contador, last month publicized their financial dispute with key sponsors when they started the Tour of Italy’s seventh stage with new shirts and the sponsor’s name “Astana” virtually blocked out.

Armstrong will from July 4 attempt to win an eighth Tour de France, which Contador won in 2007 with the Discovery Channel team before switching to Astana, who were banned from last year’s edition for doping offences before the team underwent substantial structural and personnel changes. 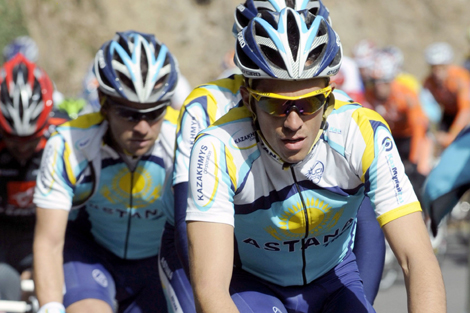 Contador in control of Astana for the Tour de France
(Photo: Roberto Bettini)

Contador To Lead Astana At Tour
After the conclusion of the Giro d’Italia, the big question everyone’s mind seems to be who the leader of Astana will be at the Tour de France. Astana manager Johan Bruyneel seems to have answered that question in an interview with French paper L’Equipe. ‘Contador is the best Grand Tour rider, which leaves no doubt about his leadership during the next Tour de France. The goal is to win. There is talk of a duel between Armstrong and Contador, but there is a duel between ourselves and others,” said Bruyneel. Bruyneel continued by saying “Armstrong is not the team’s second rider, that is for Levi.”

When asked whom Contador’s main rivals will be at the Tour de France Bruyneel listed Astana riders Levi Leipheimer, Lance Armstrong and Andreas Kloden. Out side the Bruyneel named the usual suspects including Denis Menchov, Carlos Sastre, Andy Schleck and Cadel Evans, but stated that they were a “a step below” Contador. 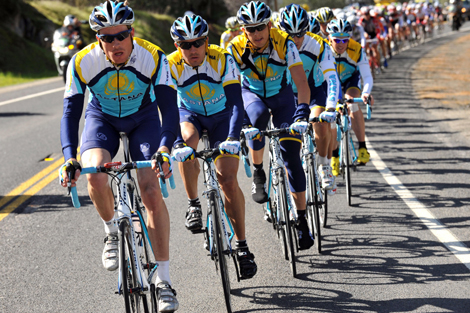 Astana Keeps Winning
Astana Cycling Team’s Gregory Rast is the first leader in the 69th Tour of Luxemburg. Rast was the fastest rider in the prologue, a 2.7-kilometer time trial in the streets of the capital of Luxembourg. The Team had another solid performance with three riders finishing in the top ten. Assan Bazayev finished fourth and Andreas Klden sixth.

Three-time Swiss road champion Gregory Rast was extremely pleased with his first victory of the 2009 season. Earlier this year for two days he wore the yellow leader’s jersey in the Tour de Romandie (ProTour). “I had this prologue already a long time in my mind. The last two years I was good in this prologue, but could not win it. Now I am much stronger. My sprints are better. This prologue was a long sprint. Of course I will try to keep the leader’s jersey. In 2007 I won the overall classification. I would like to repeat that victory. The climbs are not so steep or hard here. I hope to be able to not lose time uphill on the Schlecks and the Italian riders. On the other hand, with Assan Bazayev and Andreas Klden, we have two other riders able to win this Tour of Luxemburg.” 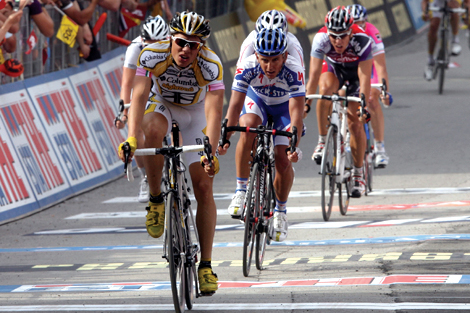 Columbia Announces Philly Roster
The Columbia-Highroad has announced their team for this weekend’s Philadelphia International. Team members preliminarily slated to take the start in the Philadelphia International Cycling Championship include Andre Greipel, Bernhard Eisel, Gert Dockx, Greg Henderson, Edvald Boasson Hagen, Marco Pinotti, and Vicente Reynes. The riders will complete 10 laps of a 14.4-mile circuit through Philadelphia, which will include 10 climbs up the 17% grade Manayunk Wall. They will finish with three laps of Lemon Hill and Logan Circle, having logged 156 miles total in one of the biggest special sporting events in the country.