Warren Barguil became the first rider to sew up a Tour de France jersey on Thursday as his lead in the king of the mountains competition became insurmountable.

The 25-year-old Frenchman needs only to reach the Tour finale in Paris to claim the polkadot jersey. Barguil started the day with a 49-point lead over Primoz Roglic in the competition with a maximum 58 points available before Paris.

But Roglic failed to score a single point on the first category Col de Vars climb during Thursday’s 179.5km 18th stage, where a maximum of 10 were available. It meant Sunweb rider Barguil maintained his 49-point lead with only 48 points left.

Barguil’s teammate Australia’s Michael Matthews is also close to tying up the sprinters’ green jersey, which he should do on Friday. 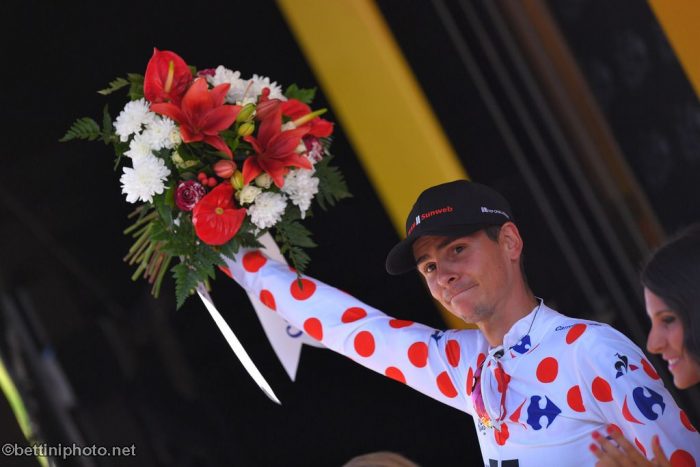