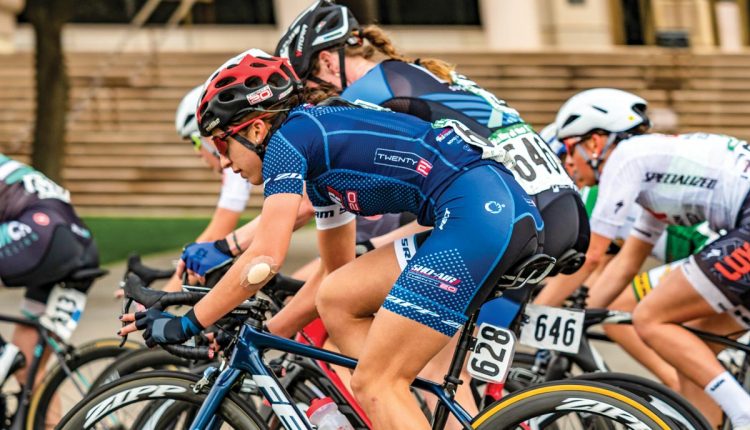 You’ve earned your spot on Team Twenty20’s roster. Can you tell our readers how you got your start in cycling and what went into that journey?

I first saw the Sho-Air Twenty20 team at an early-season race, Valley of the Sun, in February of 2016. It was my first race with an actual pro field, and I came away inspired. I thought, “Someday I’m going to be on that team.” Although, at the time I was still very much a triathlete, dabbling in bike racing for training. After winning the Triathlon Collegiate Nationals in April, I decided to give cycling more of a go and signed up for my first stage race at the Cascade Cycling Classic in Bend, Oregon. I was totally under-prepared and had no idea what I was doing, but just loved the dynamics and the team aspect of the sport.

Shortly before graduating from University of Arizona, I had the opportunity to guest ride with the DNA team at Tour of the Gila. It was a difficult learning experience for me, but my results were enough to get me an offer on the team for the rest of the season. The following week I went to Collegiate Nationals, where I won the road race amid the chaos of finals and finishing my senior design project. I was still very new to the peloton though, and when I heard that DNA would no longer be a UCI team, I had nowhere to go.

In addition to my course load and racing, I was also elected as the collegiate athlete representative at USA Cycling. On my way to our 2017 annual meeting, I somehow ended up in a car with Nicola Cranmer, the manager of Twenty20. By the end of the committee meetings, I worked up the courage to ask to meet with her and get some advice on what to do next. She encouraged me to pursue grad school and to look for guest rides the following year. A month or two later I got a surprise call from her offering me a spot on the squad for the 2018 season, with my first race being the Tour Down Under in Australia.

It was in Australia that I first met my team and my director, Mari Holden. It was the hardest racing I’d ever experienced, adding to the stress of learning the dynamics of a new team. I wasn’t initially selected for many races that season, it being my first full year as a pro, but I worked hard to be the best teammate I could be at every race. Under Mari and Nicola’s leadership, I continued to improve and found myself on more rosters with some of our highest-performing athletes.

This year I finally got my first big result, winning the Sunset Road Race at Redlands. So far it has been an amazing year with my actual dream team, and I can’t wait for more! 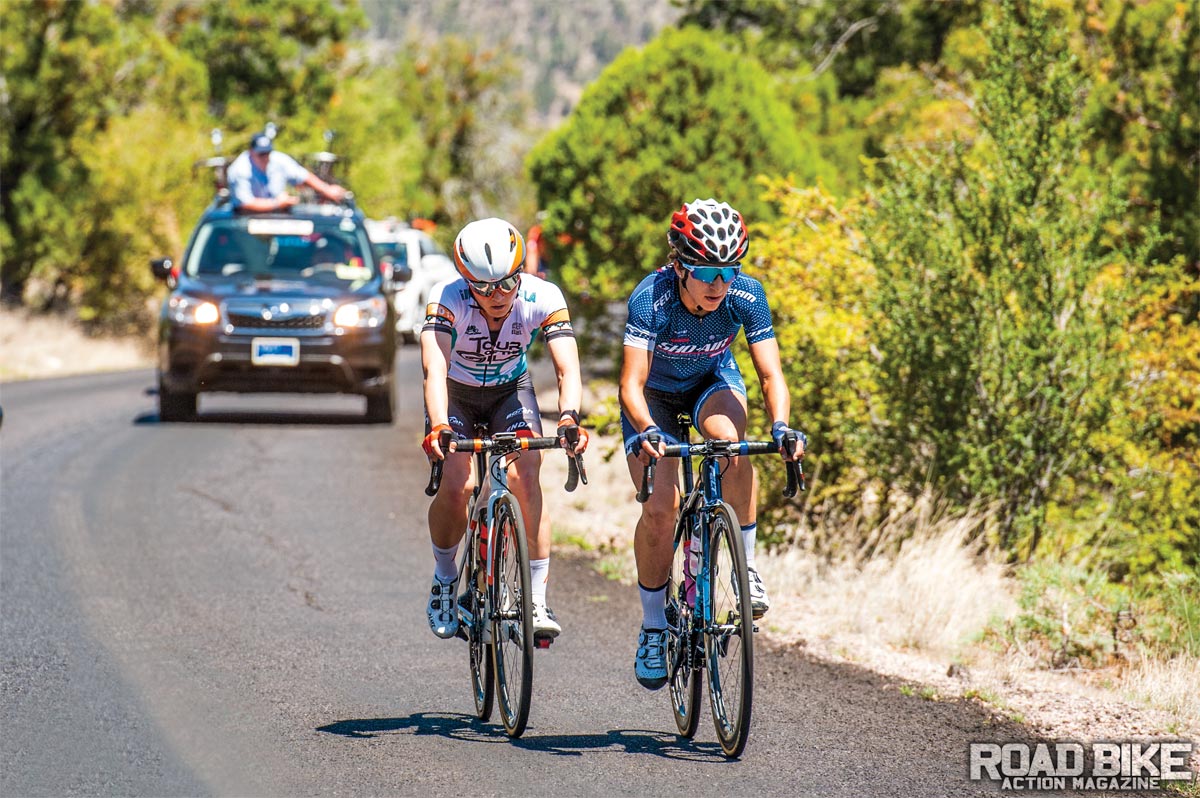 How has Zwift impacted your solo training and your time training with your team?

Mainly, it has impacted my solo training. I’ve only ever lived in California and Arizona, and just moved to Colorado, so this was my first real winter. Zwift made getting on the trainer something I looked forward to rather than dreaded. I was really surprised to find how strong I was at team camp in February. My total training time was far less than previous winters I’d spent putting in big miles in Arizona, but I started the season with the same or even a better level of fitness than before. Zwift racing, in particular, has been really fun, and the training is much easier to fit in with my schedule.

Can you explain how you prepare for a Zwift race and how it is similar and different than a road race?

Preparing for a Zwift race is actually pretty similar to preparing for a road race! I try to do course recon before a race. It definitely pays off to do your homework on the courses. Knowing where sprint points and little climbs are is crucial, because these tend to feel a bit harder than they do in the real world, and it helps to know where to expend your energy. As far as differences go, you don’t ever have to prepare for the weather!

The team has had some impressive results so far this year at the Redlands Classic, the Tour of the Gila and even at the Tour of California. What has your role been during these performances?

One of my favorite things about cycling is that it is so dynamic. I often have a different role in every race. At Redlands, I’d been riding well in the breaks all week and was given the opportunity to go for a win on the final stage, the Sunset Road Race. My team put their faith in me, and I delivered the goods; it was awesome! Equally awesome, though, was working for my teammates for GC at Tour of the Gila. I was in the break almost every day and had the opportunity to put a teammate in yellow on the second stage. At the crit, I helped to shut down moves in order to put Chloe in a position to win the stage and take the overall. At the Tour of California, I was meant to look for opportunities and to get into position. While no breakaways made it at that race, I had the chance to be in all of the action on each stage. So, I guess you could say that my role is often to look for breaks, but the objective once I get there can be very different every time!

How do you see cycling growing to be more inclusive?

I see a lot of different brands and platforms that are doing a great job of recognizing the barriers that women and minorities face when trying to enter the sport. I have to give a shout out to any of those sponsoring women’s teams—Sho-Air, Felt and SRAM to name a few. They are really stepping up to the plate when it comes to making the sport a more inclusive space. It also seems to me that non-traditional cycling events like Zwift tend to bring more diverse groups of people.