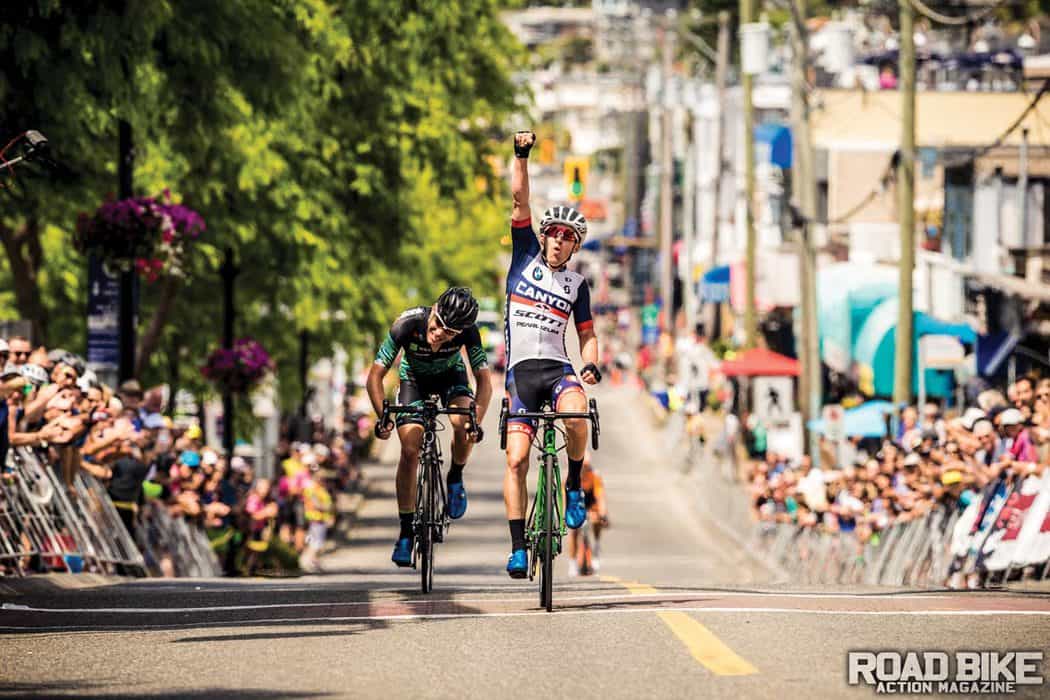 You seem to be having one of your best seasons yet; what do you attribute to the recent success?

Indeed, it has been a great year so far. I put together a solid training plan this winter with my coach, Chris McGovern of Cycleution Coaching. We didn’t make any huge changes, but I did quite a bit of motorpacing in the spring. I have to give huge thanks, too, to my girlfriend for spending so many hours bundled up and twisting the throttle on the scooter. And last, the team environment at Hangar 15 has been excellent. We have a lot of riders capable of big results, and it’s been a lot of fun to just go out and race hard.

You previously rode for two separate Continental teams—Jelly Belly and Hangar 15. What stands out with being different between the two?

I’ve had great experiences on both teams. Jelly Belly is a lot more established, and I think with that can come certain expectations and pressure. Hangar 15 is a bit newer, and we may have a bit of an underdog role. I think that all of us on Hangar 15 have really embraced that this year, and we go out to race hard every day.

With the earnings being on the lower side of domestic racing, do you do anything outside of racing to make additional income?

It’s taken me a few years to figure out how to make everything work, but I’ve gotten into coaching with Cycleution Coaching over the past couple of years. That has been very rewarding, and it’s been nice to put my kinesiology degree to good use as well.

Living in an area where winter training can be tough, what are some types of training you do other than being outside in the cold, wet weather?

I’ve spent a fair amount of time in the gym the past two winters. I think that’s also been an important change in my training. On some of the colder days in Bellingham, I’ll often head out on my mountain bike to stay a little bit warmer. At some point, though, I always make a bit of an escape down to SoCal for some proper sunshine.

You’ve raced around the U.S. circuit for some time now; what are some changes that you would like to see take place inside the domestic racing scene?

I’d really like to see the domestic side of the sport rebound and grow a bit. More sponsorship money in general seems to be the solution, but it’s a lot easier said than done. I think everyone would agree that we could use a few more professional teams and a few more high-level events throughout the year. I think that it’s a pretty tough chicken-before-the-egg situation, though. Who wants to sponsor a team that doesn’t have many big events to represent the sponsors in, and who wants to sponsor a big event that doesn’t have many big teams? There are certainly people working hard on this from both ends, and I think the increased video coverage of events in the U.S. will definitely help us grow the sport.

What is one aspect of racing professionally you enjoy the most other than racing?

I like to see new places and meet new people. I think that the host housing system that we often use in domestic racing is awesome. We meet the nicest families who are excited to have us and show us around their hometowns.