BEING THERE: BWR SURVIVAL CAMP 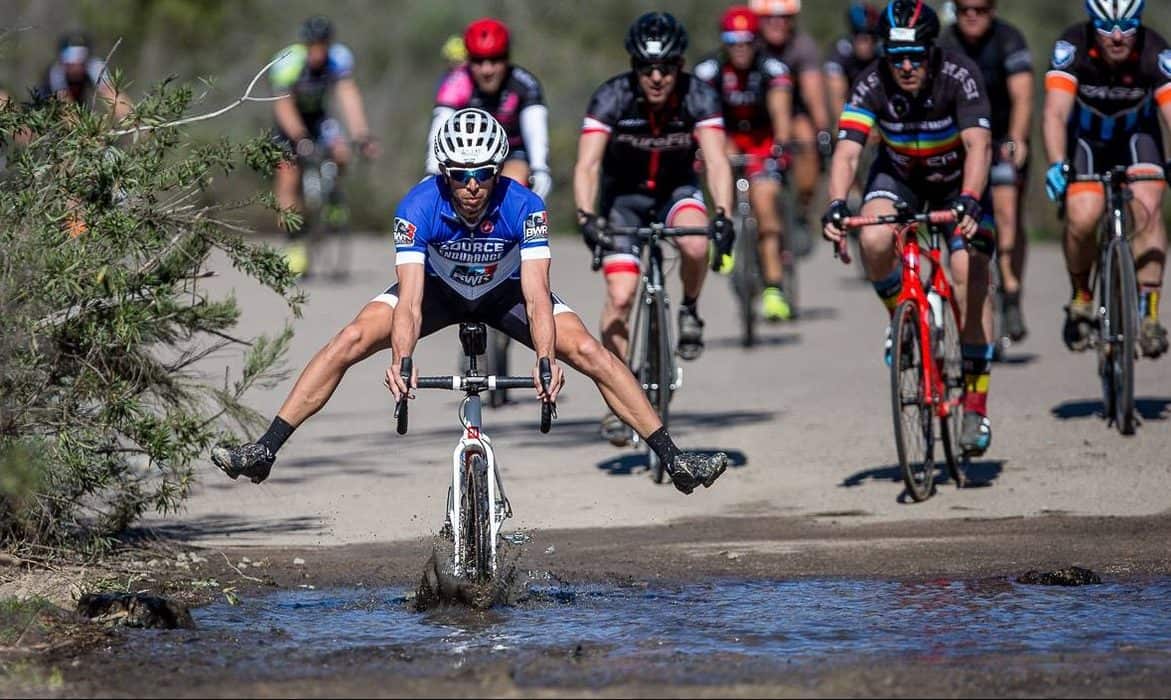 The past few years there seems to be a growing trend with more non-traditional style cycling events popping up through out the year, and the Cervelo Belgian Waffle Ride is a prime example of just that. Events such as Dirty Kanza, Crusher in the Tusher, Mavic Haute Route, etc are just a small example in the popularity of which these events are becoming. The Belgian Waffle Ride is growing into that category as well.

Held annually in the rolling hills north of San Diego, the first running of the race was back in 2012 and since then the Belgian Waffle Ride (BWR) has grown each year. The BWR differs though from what you may think as they don’t claim to be a Gran Fondo or Gravel Grinder event, but more to the latter of a truly unique one day Spring Classic in the United States. With two routes on hand; the Wafer (68 miles) and the Waffle (146 miles) it truly is a course for the tough. Note that these distances may be adjusted as the true routes don’t become revealed until closer to the start date on May 20.

We recently joined in on the fun as Source Endurance hosted the Belgian Waffle Ride Survival Camp. The focus of the BWR Survival Camp was to allow the participants on hand to preview the majority of the 2017 course over the two days. Instructors were on hand to help guide all of the participants thanks to Neil Shirley, Janel Holcomb, and Phil Tinstman. Besides riding the course with all of the support on hand we also got an inside look as to where the idea of the BWR came from and where they plan on going with it courtesy of Michael Marckx who is the brain child behind this event.

With the timing of this event with the conclusion of the Tour of California, they are working on having more professional’s on hand this year as there is talk of purse money possibly being up for grabs as well.

With the recent downturn of US domestic racing; the recent cancellation of this years Philadelphia International Classic for example, we’re curious if events such as these may be the future of what US events look like. Either way, we had a great time as they hosted us to a great weekend and we look forward to coming out again for another year of the Belgian Waffle Ride.

Former Road Bike Action editor Neil Shirley who was on hand as one of the BWR guide instructors wrote up a great piece on his experience over the three days of the camp. Inside his article he also included his top 10 Belgian Waffle Ride tips to get you ready for this year’s event. Enjoy!

You can sign up and learn more about the 2017 Cervelo Belgian Waffle Ride at:

WHAT THE PROMOTER SAYS…

We were able to grab a one on one talk with Michael Marckx with his thoughts on how the Belgian Waffle Ride came to life and where he see’s it going in the future. It’s a bit on the longer side but there’s some good info here…

BIKE OF THE WEEK: BIANCHI ARCADEX