Being There: In The Pits At 2015 Cyclocross Nationals 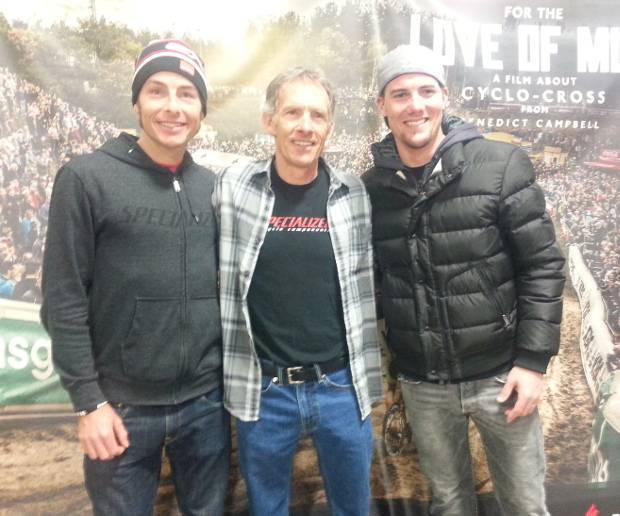 The weekend started off with a dose of hero worship at the Amy D Foundation charity event at the Bicycle Sport Shop when former World SuperBike winner and National Champion Ben Bostrom (l), mountain bike legend and National & World mountain bike Champion Ned Overend (c) and former Superbike National Champion Ben Spies joined for a good cause. Bostrom had a great ride in the 40+ Master’s race moving past 120 riders from a last place start to 22nd at the finish. Amazing. 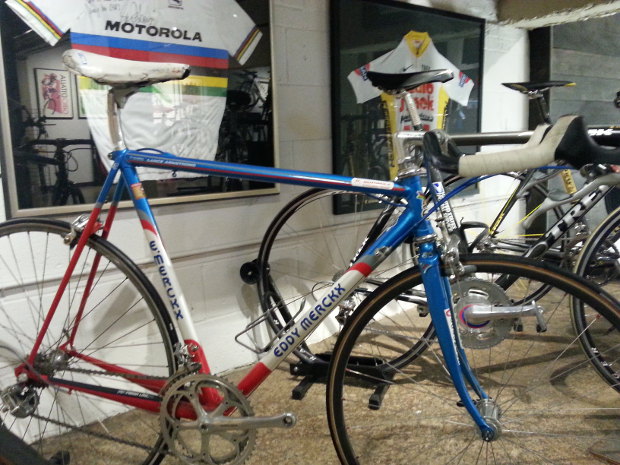 There was a wide array of Lance Armstrong’s old race bikes at the Mellow Johnny’s bike shop that included this 1993 Team Motorola TT bike. 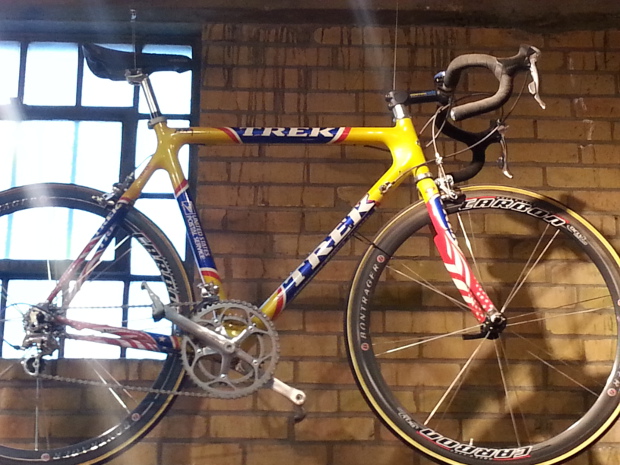 This was one of the “Paris” bikes that Lance would ride on the final stage of the Tour de France. 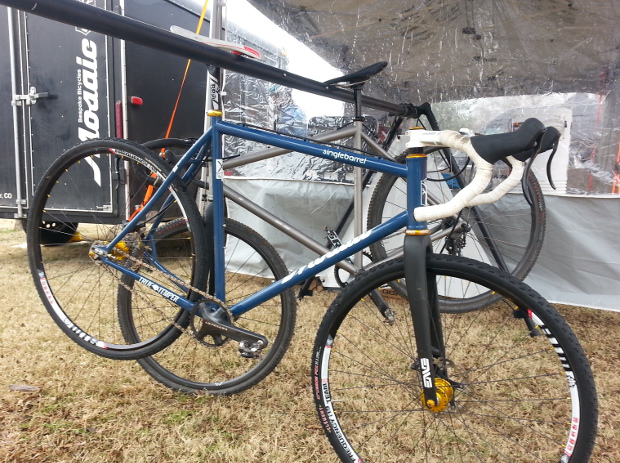 A clean Mosaic single-speed out of Boulder, CO. 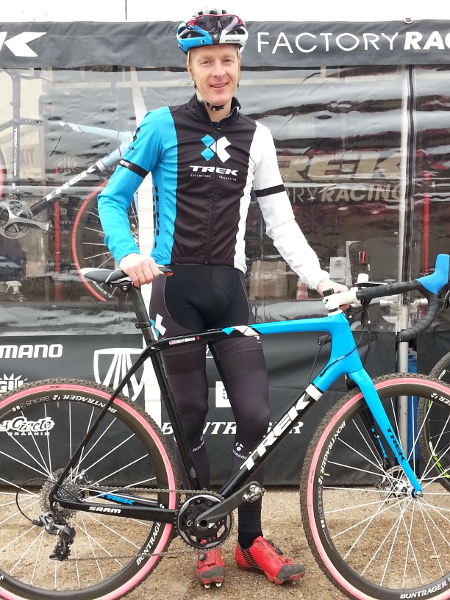 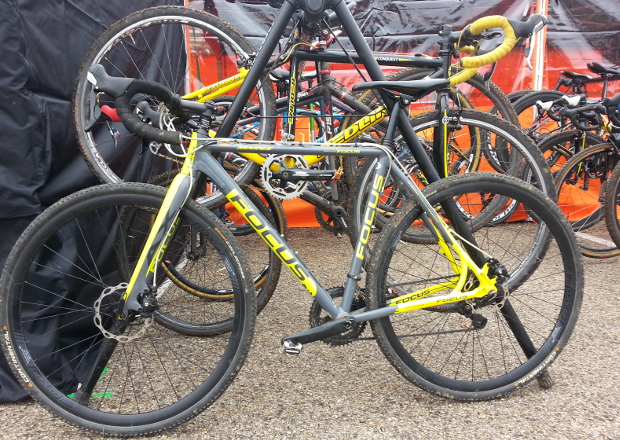 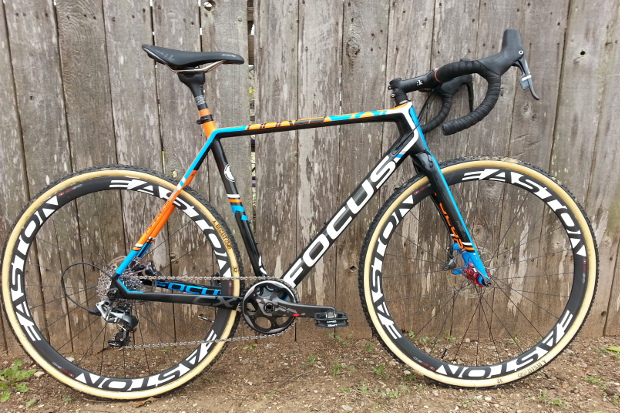 Focus # 2, even with disc brakes this bike was incredibly light. 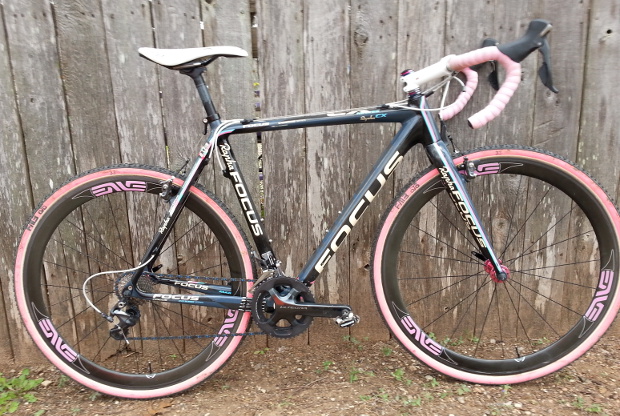 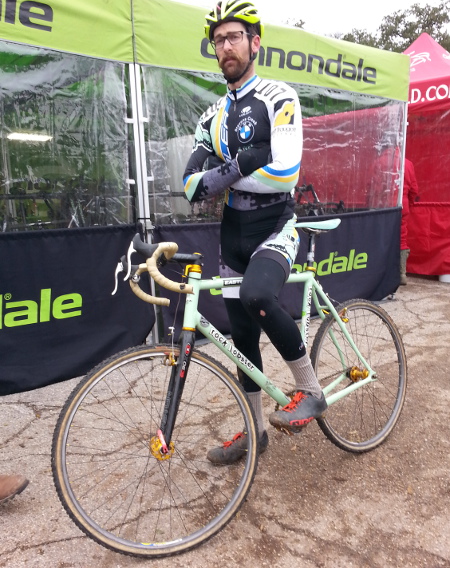 Gotta give the love to the Rock Lobster. 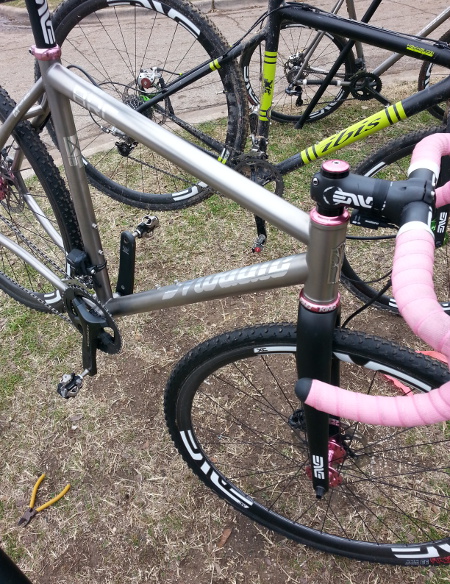 Another sweet Ti Mosaic next to an Ibis carbon bike. 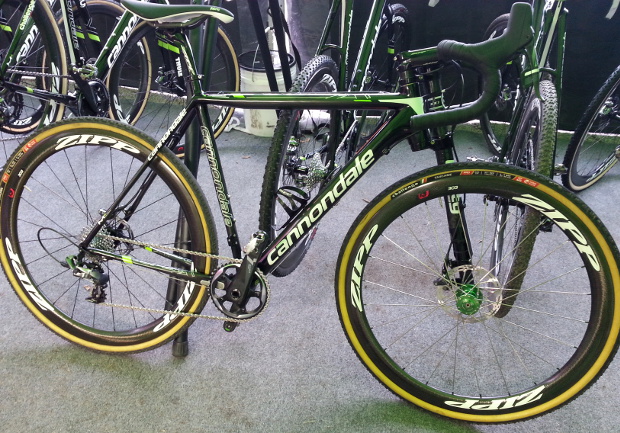 American cyclocross legend Tim Johnson was not racing this weekend due to an injured back, but waiting for him to recover was this one-off Cannondale SuperX with a prototype Lefty mountain bike fork with cut-down suspension. 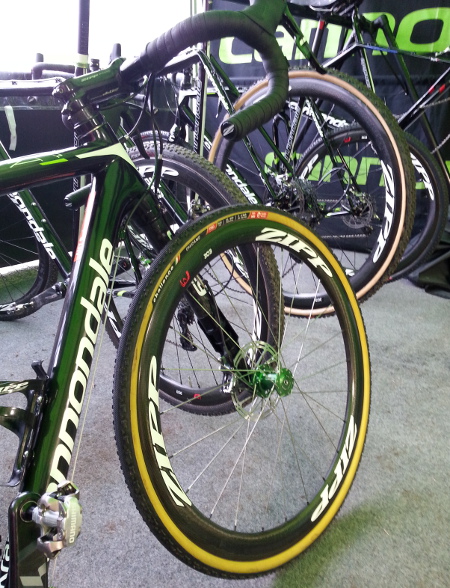 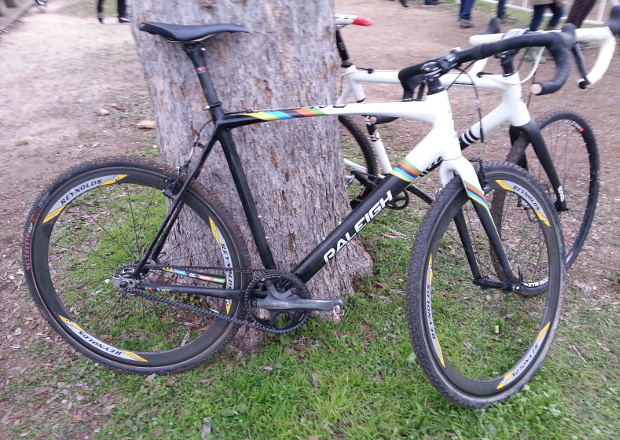 Not sure where the rainbow stripes came from, but they were a nice accent on this Raleigh single-speeder. 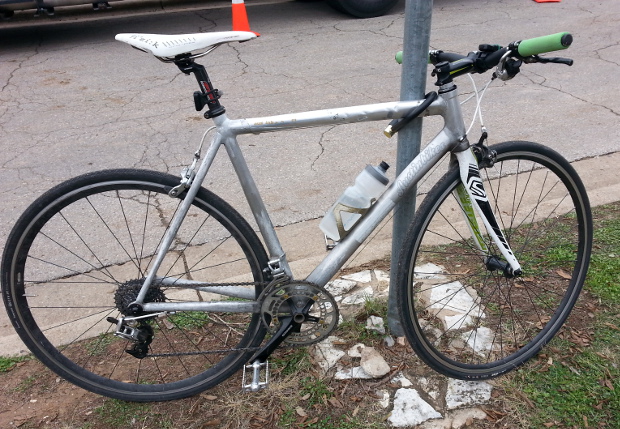 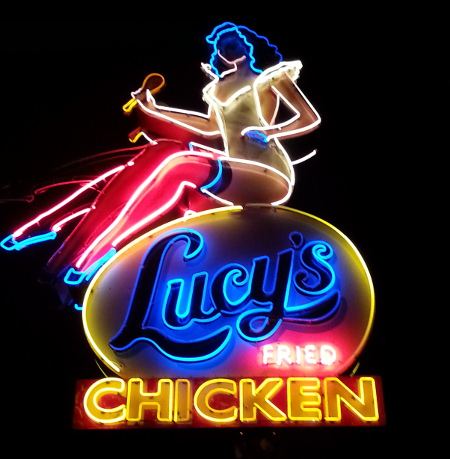 After a long, cold day at the course,  it was time to head to Lucy’s for some hot supper… 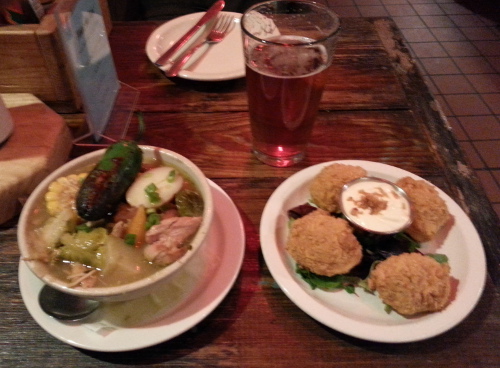