BEING THERE: RALLY WOMENS CAMP 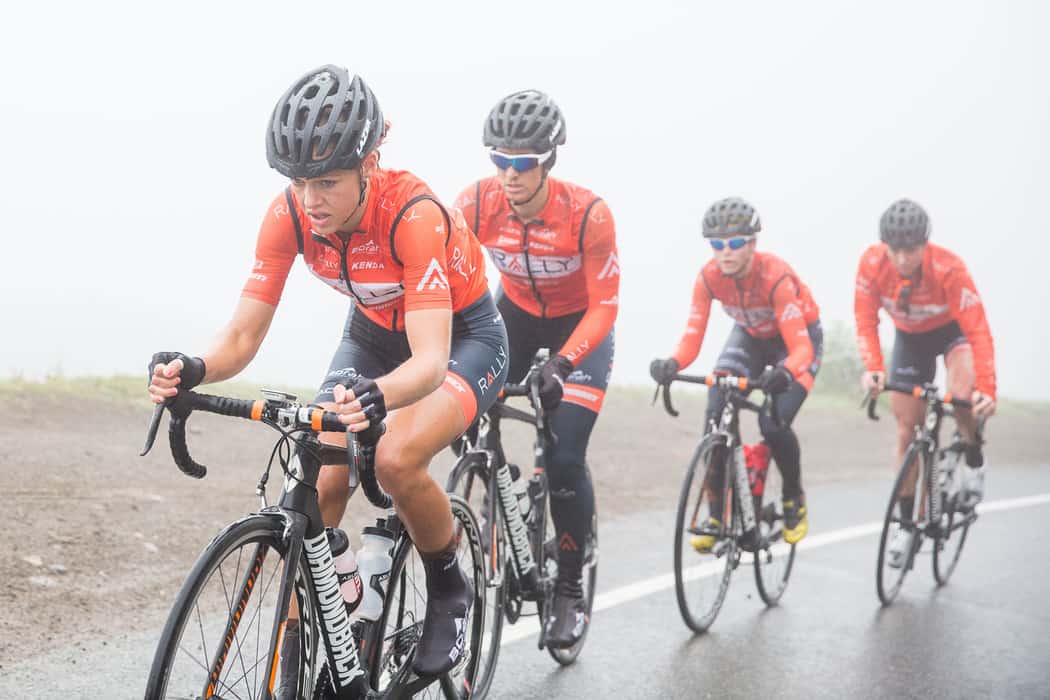 We had the opportunity to join for a day at the Women’s Rally Cycling team camp in Oxnard, CA. Last week Rally held their men’s camp and following the conclusion of that camp with the Rally Team Presentation at the historic Honda Museum, the women’s camp began this week. Though the weather wasn’t ideal as we had a day of on and off again rain, it did make for some pretty spectacular photos.

The morning started off with everyone meeting at the house where the staff was staying with all the equipment and bikes. Once everyone was there we drove down the coast to park at the bottom of one of the canyons. The plan for the day was to perform race simulated breakaways with chase scenarios. We rode up the canyon and began a 12 km loop. The group split into two and given a 90 second gap. I sat in on the chase group as they rode one lap at the same pace as the break away and the second lap the chase group turned it up to catch the leaders. This was all performed under the watchful eye of their director, former professional Zach Bell.

After performing multiple laps with different composites of riders we descended back down through the fog to our vehicles. Once returning to the houses we were treated with lunch and the girls went straight into massage. Camps such as these at this time of year are comprised of many different tasks. After the ride the girls were getting photos done for the team, one on one meetings with their director, massage, and meeting with media for stories and interviews.

Their camp would continue for another week as they look to bond the new girls with the old girls as they will soon be jumping into the ’17 season. You can follow them along at @RallyCycling

@Sara.Bergen  @KirstiLay  @EricaAllar  sat down with us for a few minutes to show some of the fun side at camp.