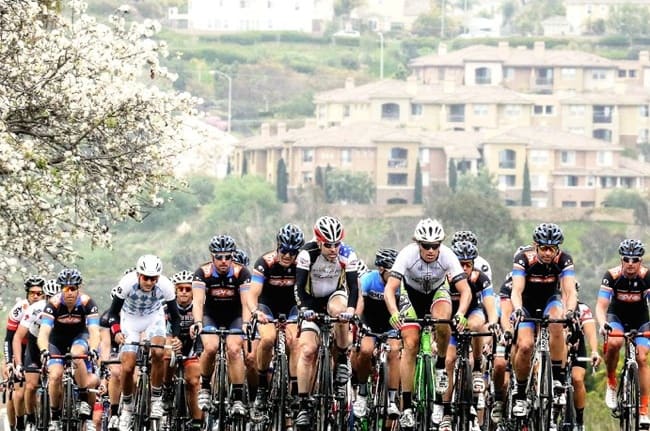 Share
The calm before the storm: a 20-mile neutral start was the only opportunity to enjoy the sights and company, because after that it was all business. (Photo: Kristy Morrow)
For the second year running, Spy’s re-creation of a Belgian-style Spring Classic tested riders over Northern San Diego’s toughest terrain-and not just of the paved variety. 9,000 feet of climbing in 131 miles, with 10 miles of dirt, was on tap for the 2013 Belgian Waffle Ride and the 360 lucky(?) riders that got the limited number of spots before the event filled up months in advance.
The BWR is the work of Spy President Michael Marckx; it was his vision to create the experience of a Belgian Spring Classic right in Spy headquarters’ own backyard. Giving people the opportunity to test their mettle was only one point of focus, while another was to make the event a huge fundraiser for the Challenged Athletes Foundation-helping them bring in approximately $10,000. Multiple athletes from CAF took part in the BWR, lining up side by side with National Cyclo-Cross Champion Jonathan Page, Ryan Trebon, Belgian strongman Ben Berden, Olympian Thurlow Rogers, in addition to the full elite and masters Spy teams. Although ‘Ride’, not race, was in the name, this was going to be anything but a recreational jaunt. Custom Spy Screw sunglasses and jerseys made by Squadra were up for grabs in the following categories: Overall Winner, King of the Mountain, King of the Dirt, Sprint Award, and Belgian Hardman. 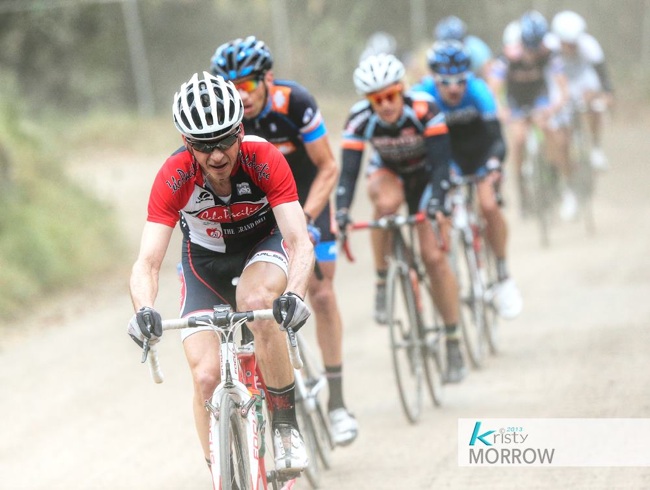 Cyclo-crosser Brent Prenzlow was a man on a mission, and every time we veered off the pavement in favor of dirt, you could always find him on the front of the group. Brent went on to take the King of the Dirt award with the lowest total time from all five dirt sectors. (Photo: Kristy Morrow) 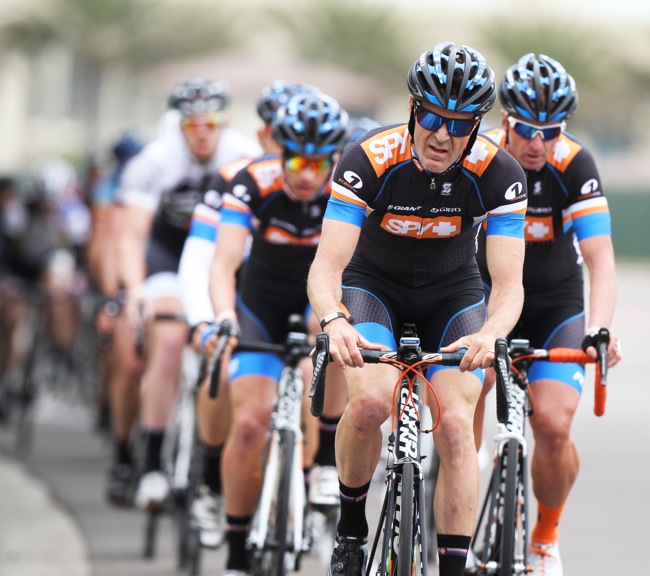 The man, the myth, the legend, Spy President and BWR founder Michael Marckx. Michael helped drive the small front group for the first 60 miles, and still finished in the top-10. (Photo: Jake Orness) 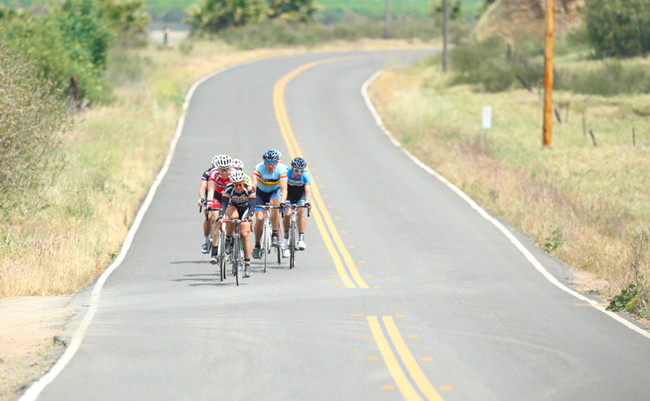 After the first KOM at the 60-mile point, and not even half way through the BWR, the rigors of the course and pace were already taking a toll, with the front group splitting down to an elite eight. (Photo: Kristy Morrow) 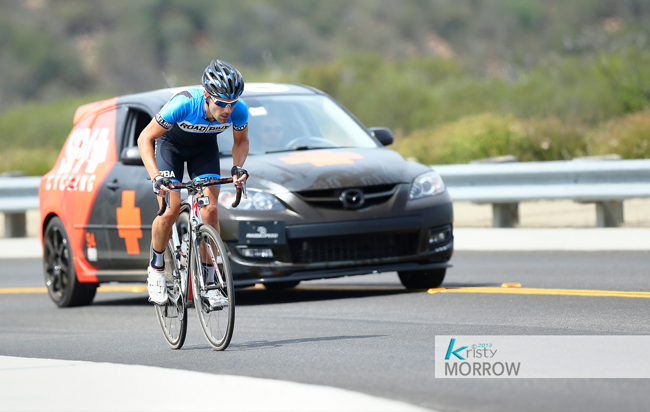 The fifth and roughest dirt sector was the scene of mechanicals, flat tires, and flat legs, which allowed me to sneak away solo with 30 miles and the final KOM climb still to go. Double Peak, coming at mile 116, was enough to question your sanity, that is if you could actually still think straight. Fortunately for me my head was a bit foggy by that point. (Photo: Kristy Morrow) 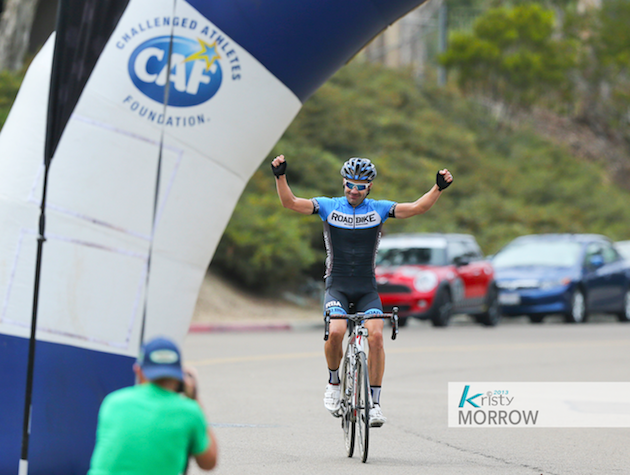 After six plus hours in the saddle, I was quite happy to cross the finish line knowing I was the 2013 King of the Waffle winner! 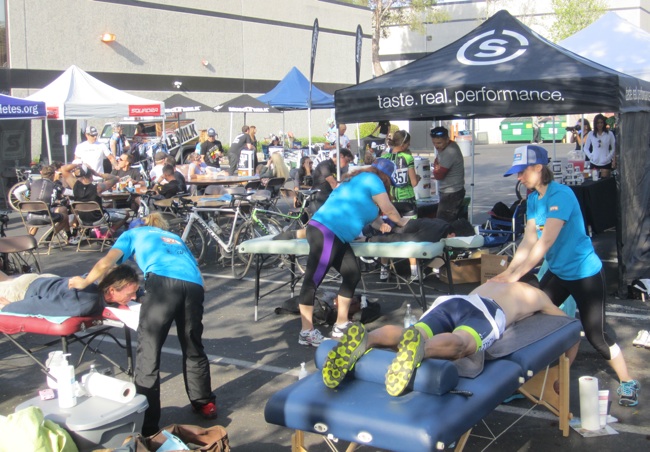 First things first. Few things are more enjoyable than a massage after a hard day in the saddle. But after the BWR, nothing else could come close to having your depleted, cramped, and all-around angry muscles worked on by one of Spy’s massage therapists. 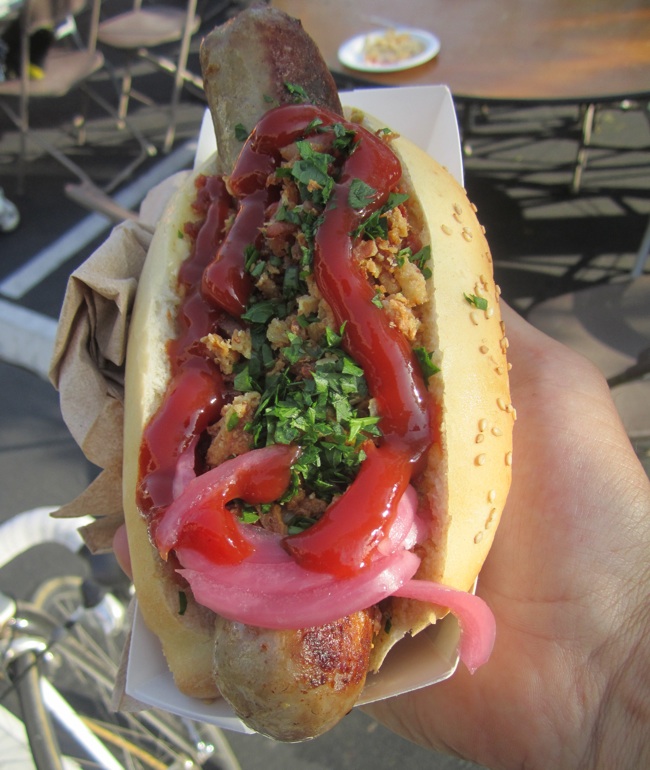 After downing waffles, frites, mussels, and Muscle Milk, all in about a 20-minute period, I couldn’t resist a bratwurst with all the accoutrements. 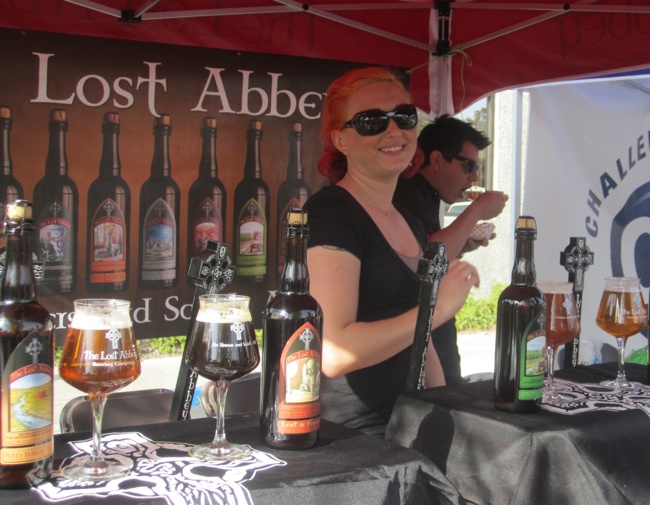 Everyone must know how important it is to re-hydrate after a big ride because the line at the Lost Abbey beer tent never seemed to go down. 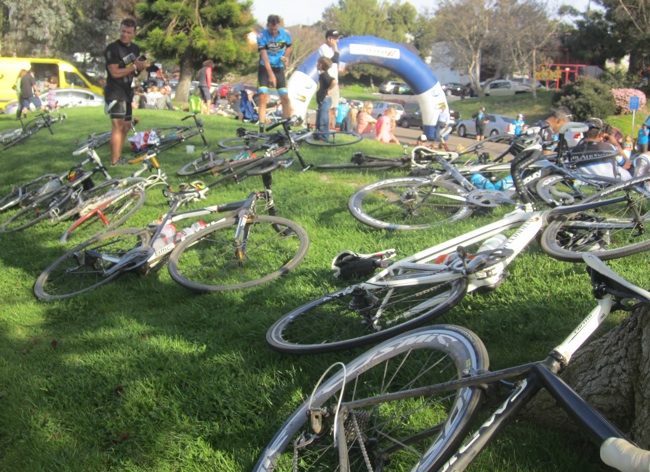 Once finished, most people were content just to hang out eating, drinking, and cheering on other riders in the sunny 70-degree San Diego weather. 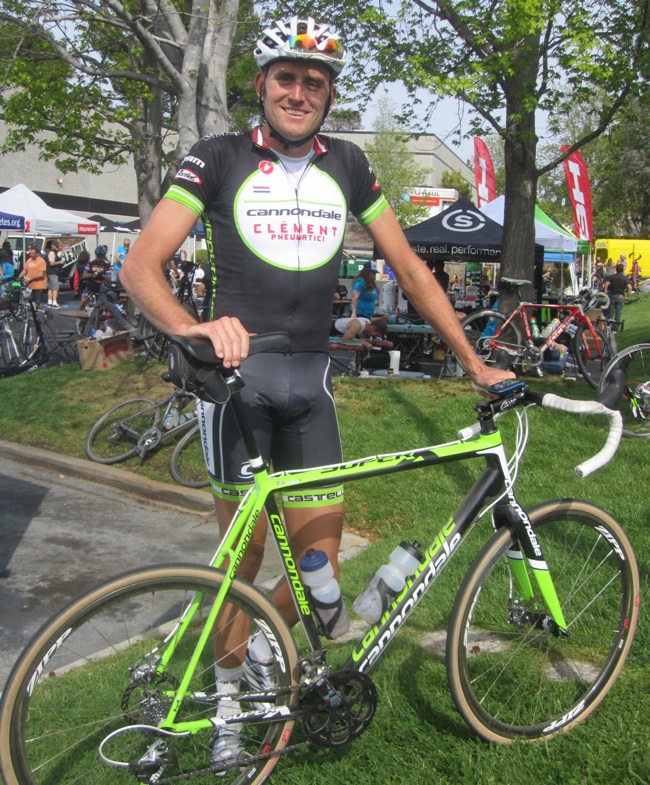 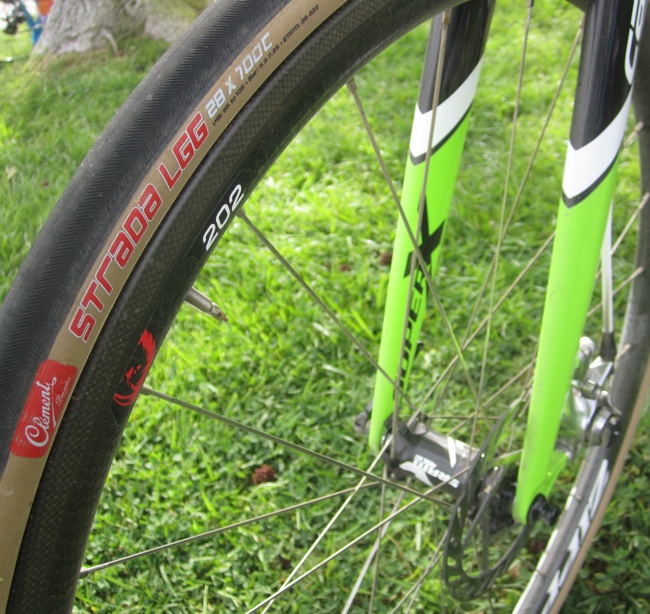 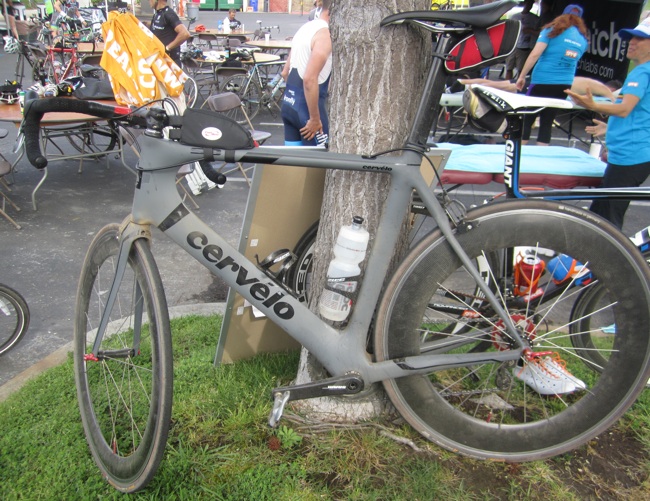 Most people made few, if any, changes to their bike for BWR. This Cevelo S3 aero-road bike had some 25c Continental tires on it, which were undoubtedly the most popular brand of tires for the event. What did I ride? Look for BWR coverage in the upcoming issue of Road Bike Action magazine, which will include a look at my bike and its unique setup.

WATCH: BELGIAN WAFFLE RIDE’S “THIS IS NOT A GRAVEL RACE”