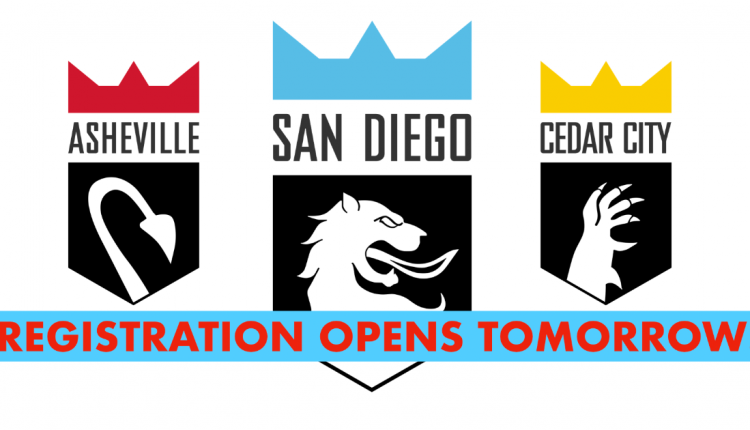 Share
Press Release
Monuments of Cycling, a premier cycling events producer, announced a Tripel Crown of Gravel Series with two new Belgian Waffle Ride (BWR) locations in 2020. The first stop is in Asheville, NC, on August 30. The second ride is in Cedar City, UT, on October 17. (There will also be a shorter Belgian Wafer Ride for both new venues.)The third and final event of the Tripel Crown is the massive Canyon BWR in San Diego, scheduled May 2, 2021.Monuments of Cycling is known for putting on the most unique cycling event in the United States, the Canyon BWR. Online registration for all events, including the Tripel Crown of Gravel Series, opens February 18, 2020, at 9 a.m. (PT) at BelgianWaffleRide.Bike.

For the first time, the iconic BWR will be staged outside of California. The Asheville race will provide professional and amateur cyclists access to the most coveted roads and off-road sectors around the beautiful Blue Ridge Mountains. Hosted by Sierra Nevada Brewing Company at their iconic Mills River location, the event’s start, finish and expo will take place on the scenic brewery grounds. The route features rolling mountain passes, rough and rocky outcroppings, lake views, dense forests and rivers and waterfalls. Riders will get a bit of everything thrown at them: hard-packed, flat, loose, rocky, uphill and downhill gravel over a 144-mile route punctuated by 20 off-road sectors that give the event a unique and challenging complexion.

The first BWR at elevation follows in the scenic and rugged West Desert of Southern Utah. This is a true gravel edition of the BWR punctuated with the most coveted decomposed granite roads and off-road sectors throughout the region. The event is being hosted by the town of Cedar City and the Policy Kings Brewery. The 137-mile route features sectors through the famous Red Hills, the Parowan Gap along Little Salt Lake, Coal and Whitney Canyons, and Granite Mountain. Cedar Mountains and Dixie National Forest provide the eastern backdrop.

Each venue will have a local bike-minded charity. BWR planners will raise funds and awareness for community causes in each location, much as it does the San Diego Mountain Biking Association (SDMBA) in San Diego.Created as an extremely challenging race in the spirit of the great European one-day Spring Classics, BWR is an unusually difficult race. There will be two distances in both new locations: the long Waffle route and a half-distance Wafer option for those looking to get a taste of the fun without the life-changing commitment of the Waffle distance.

How to Fly with Your Bike

BELGIAN WAFFLE RIDES FOR 2021 — 4 EVENTS ACROSS THE COUNTRY