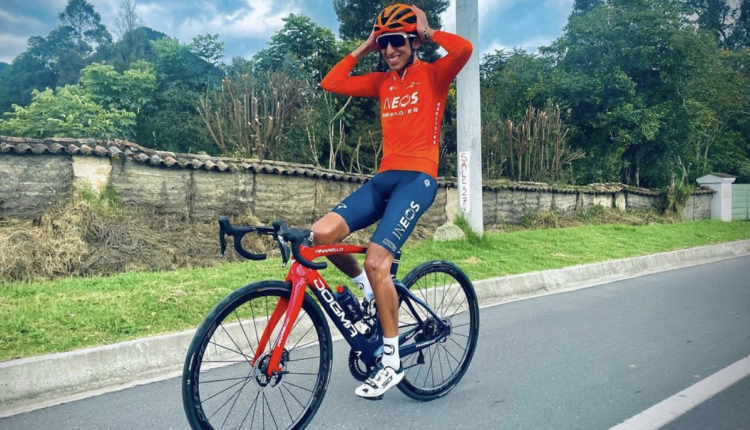 Colombia’s 2019 Tour de France champion Egan Bernal is “working all day every day” at a training camp in Italy just four months after a near fatal road accident in his homeland.There were fears for Bernal’s life when the star rider in cycling’s richest team Ineos Grenadiers hit a stationary bus at over 35mph in January, suffering multiple broken bones. But on Friday the 2021 Giro champion Bernal was in upbeat mood at a gala on the fringe of the current Giro, near his training camp at Cuneo.

“In my head I’m a long way from taking part in or winning a race,” said the climb specialist who won the Tour de France at the age of 22.

“No date has yet been set and it’s difficult to say just when I might be able to return,” he said.

But Bernal did reveal how far he has come after he broke 11 ribs, a knee cap, a thigh bone, two vertebrae and a thumb, as well as puncturing both lungs.

“Right now I’m doing two hours per day on the bike but I’m working all day, I have absolutely no time for anything else,” he said.

“And in the evenings I do gymnastics and physiotherapy,” said Bernal who has strong ties to Italy where he lived between 2016-2018.

Bernal has said he “almost died” after smashing into the bus and needed five bouts of surgery.

Offering optimistic views on when he would be back in competitive action, Ineos Grenadiers sports director Xabier Artetxe said “Egan is a top-level sportsman and his recovery skills are also above average.

“He is working to get back as soon as possible.”

Bernal signed a five-year deal with Ineos in January just days before his accident.

“He has also shown that, in the challenging moments, he has a huge amount of courage to pick himself up, lay himself on the line and go again,” he said.