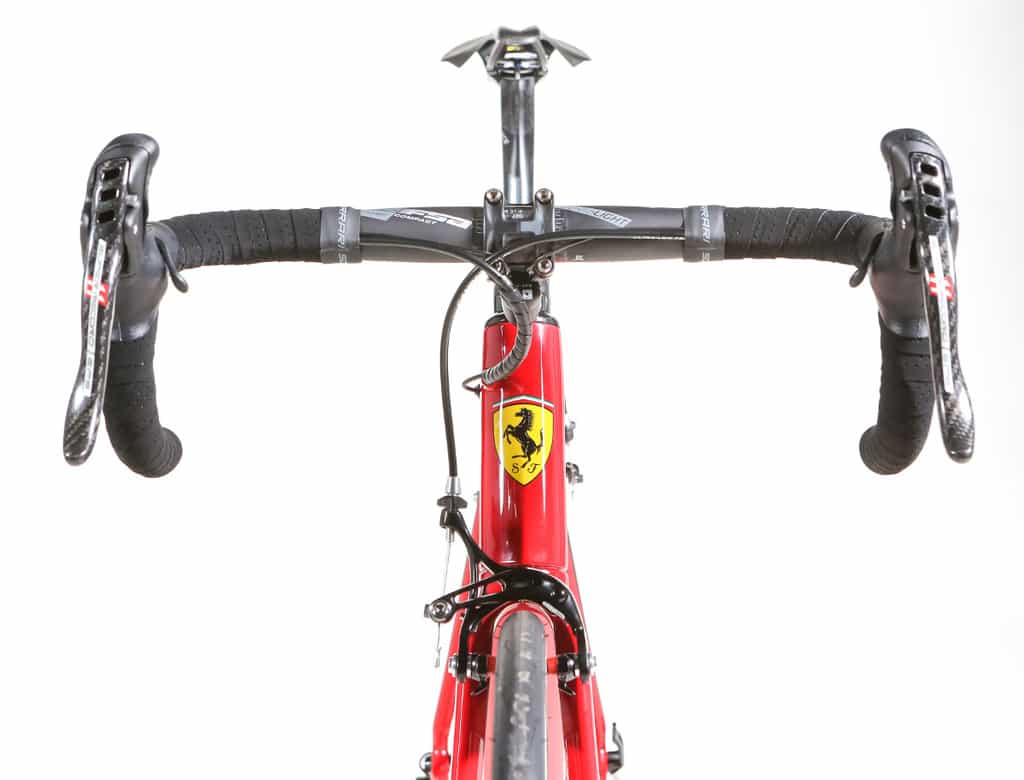 In an audacious partnership that you could only expect from Italy, Bianchi, the world’s oldest bike brand, held a press conference at Eurobike to announce that they’ve made a long term relationship with Scuderia Ferrari to produce a full line of new bikes to come including mountain, e-bike, kids and a secret tri-bike.

Though details were still a bit vague due to the recent completion of the deal, they did have one bike on hand to display called the SF01 and it is based on the current high-end carbon Specialissima, but we were told that all future collaborations will result in unique bikes. 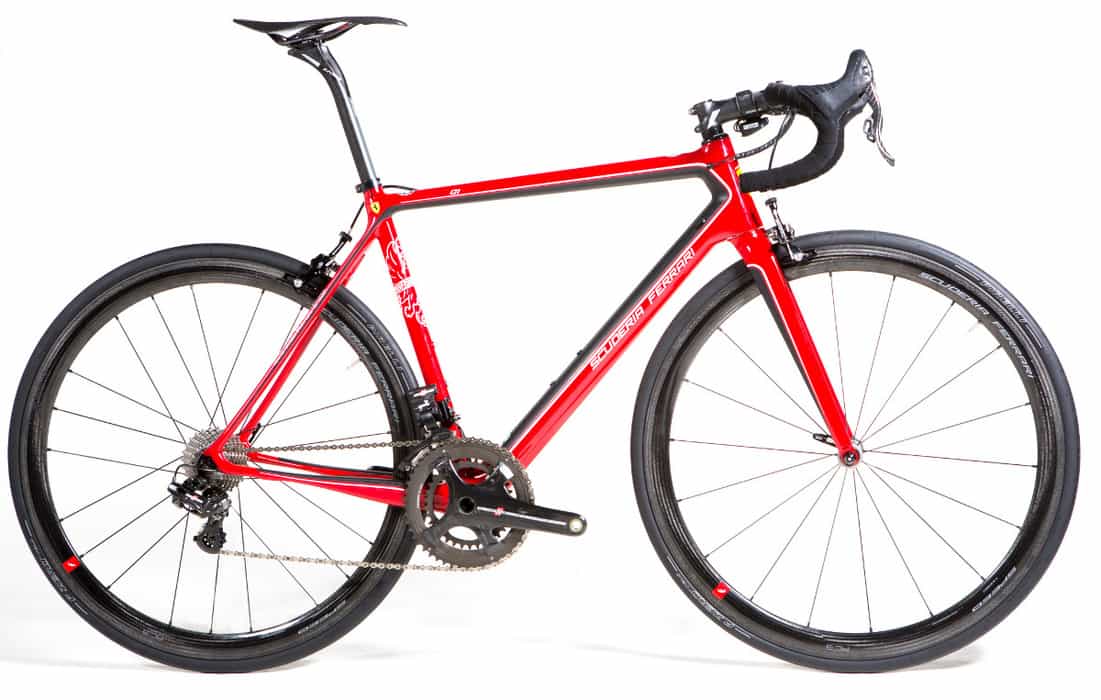 The Ferrari SF01 will be available in six sizes. 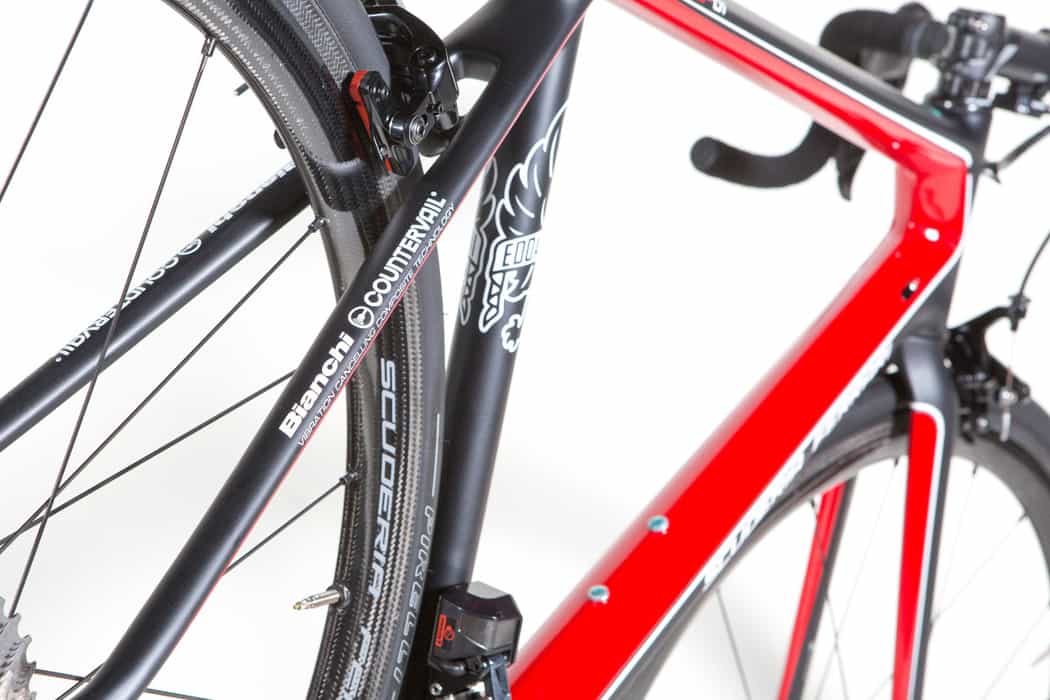 Like the production version Specialissima, the SF01 uses Bianchi’s proprietary CounterVail technology which is based on an internal coating of the frame tubes with a special material to help damp road vibrations. 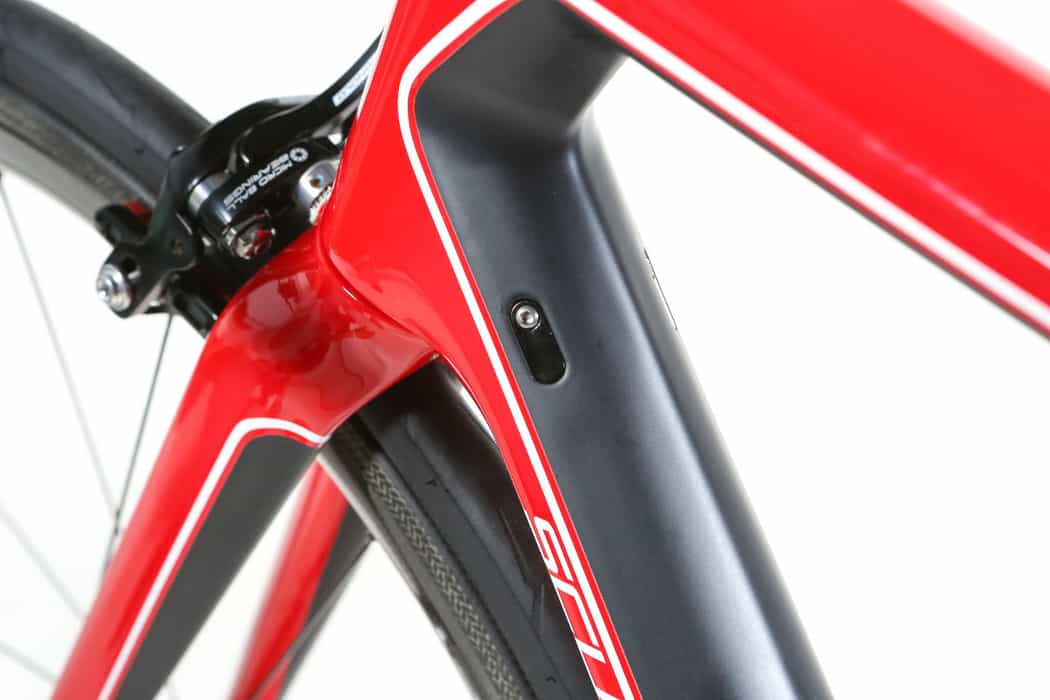 The frame is capable of running mechanical or electronic drivetrains with cable ports  at the ready.

Hand-painted at the Bianchi factory in Italy, the SP01 will be available is two versions of a red/gray colorway.  The bikes will roll on Fulcrum wheels mounted with the new tires from Pirelli.